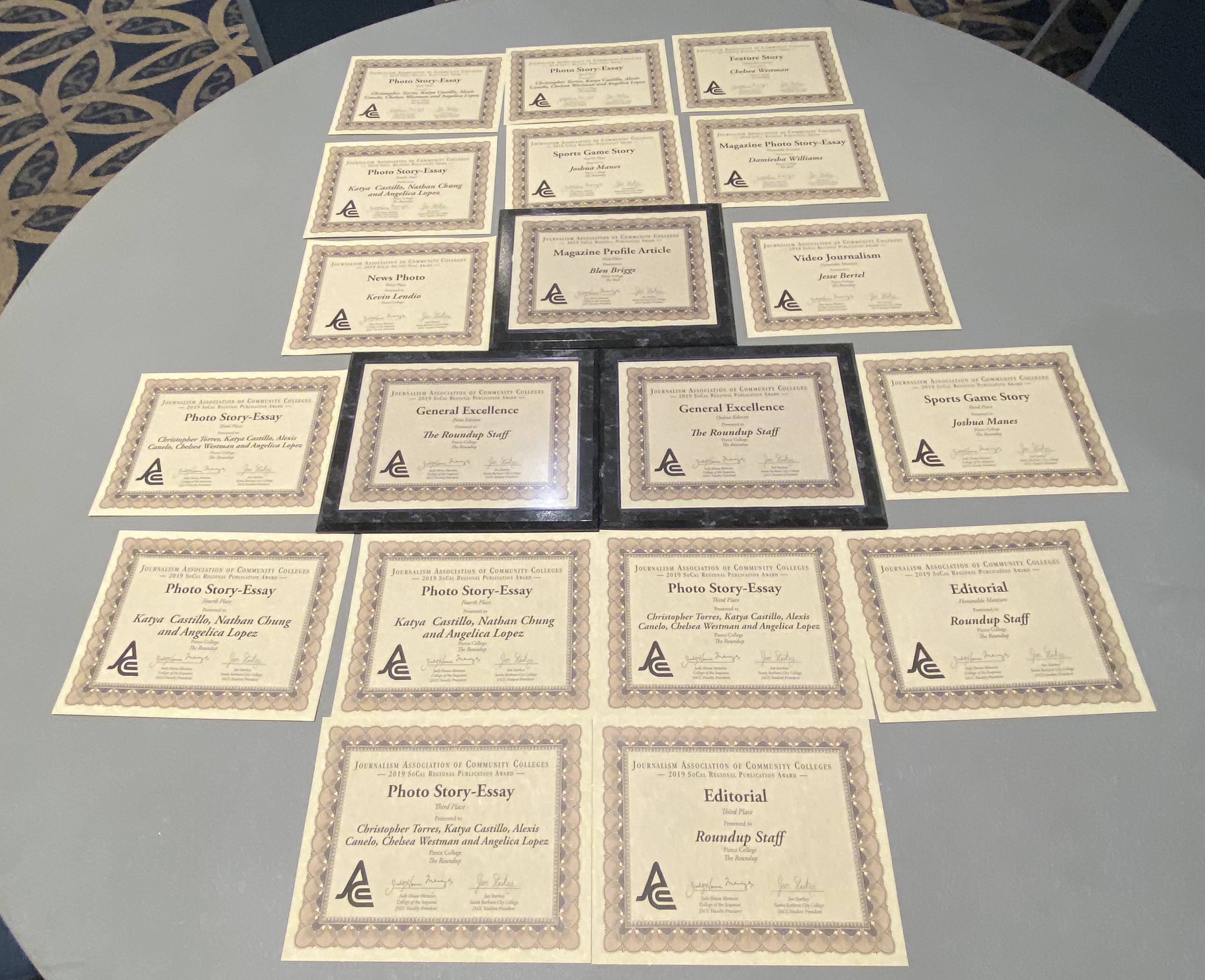 Members of the Roundup News staff and Assistant Professor of Journalism Tracie Savage went to represent Pierce College and the Media Arts Department and left with 12 awards for previously submitted work and one for an on-the-spot competition.

Photographer Kevin Lendio placed third in the news photography competition that was held during the conference.

The next JACC conference will be the state convention on March 19-21, 2020 in Burbank, Calif.