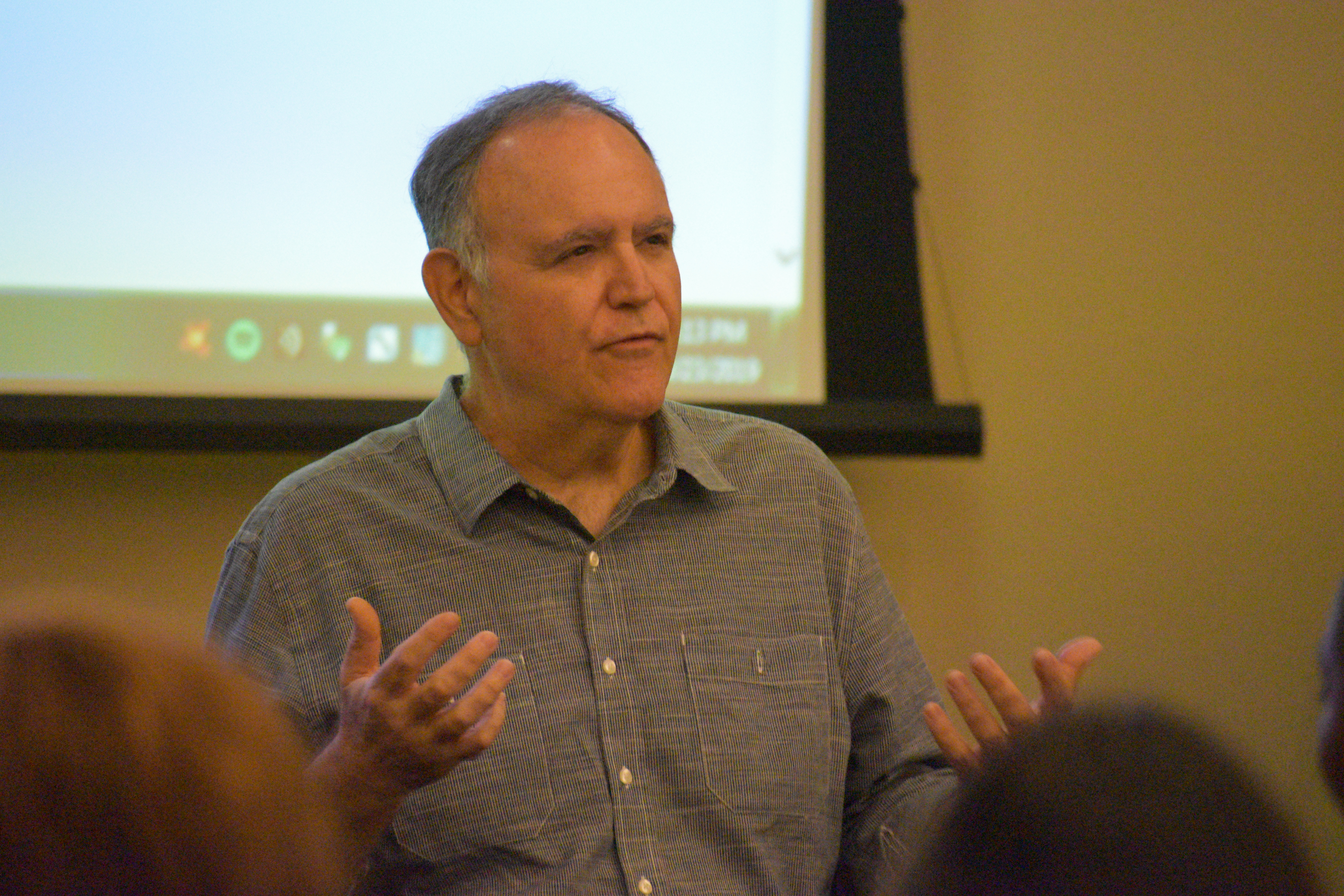 People who aspire to be filmmakers often look to those who have made it for inspiration. These industry professionals come from all cultural and educational backgrounds. One in particular came from Pierce.

Larry Jordan, a film and television editor and Pierce alumnus, shared his career experience and gave advice for the Media Arts Speaker Series at The Great Hall Wednesday.

Jordan came down from the stage and onto the same level as the audience. Instead of lecturing, he sat and began an intimate conversation about his career.

Jordan encouraged students to gather a team of peers and make their own movies and reminded people that anyone with a smartphone can make a movie.

“Hopefully there’ll be more good people telling human stories that we can all relate to and hopefully that will help us evolve into better people,” Jordan said.

Jordan has worked on 50 films and television shows during his nearly 40-year career with credits, including Back to the Future, CSI: Miami and Terms of Endearment.

Because of technical difficulties, Jordan was unable to show examples of his work. Instead, he answered audience questions, sharing stories about his family upbringing and journey getting into show business.

“I had a palm reader once told me: ‘Take one thing and stick with it,’” Jordan said. “I just wanted to be a picture editor. I was young and idealistic and I stuck to my focus.”

Jordan said he never attended film school because he did not have the patience for it. He worked odd jobs and learned skills as needed with every project. Jordan’s first job was driving a truck for a camera rental company.

“I had ants in my pants and I just wanted to work in the movie business,” Jordan said. “Every film is like getting a new education.”

Jordan said the transition from analog to digital editing transformed the industry. Jordan said new technology made filmmaking more accessible to people outside of the “old boys’ network” that the film industry used to be.

“Digital technology gives more people the opportunity to have their voice heard whenever they want,” Jordan said.

Atena Naghi, a student in the cinema program, said Jordan’s lecture gave her guidance for her future career path as she works on getting her first editing job.

“For six years, I’ve been studying to be an editor,” Naghi said. “I loved his speech because I see that this opportunity is for me, too. I can get a job, too.”

Film major Johnny Nguyen recommended attending the Speaker Series events because of the many benefits he got from attending.

“The extra credit, free pizza and coming to hear [Jordan’s] perspective and expertise is a triple whammy of good things,” Nguyen said.

Jordan now teaches an online course called Master the Workflow that teaches students about how to be an assistant editor.