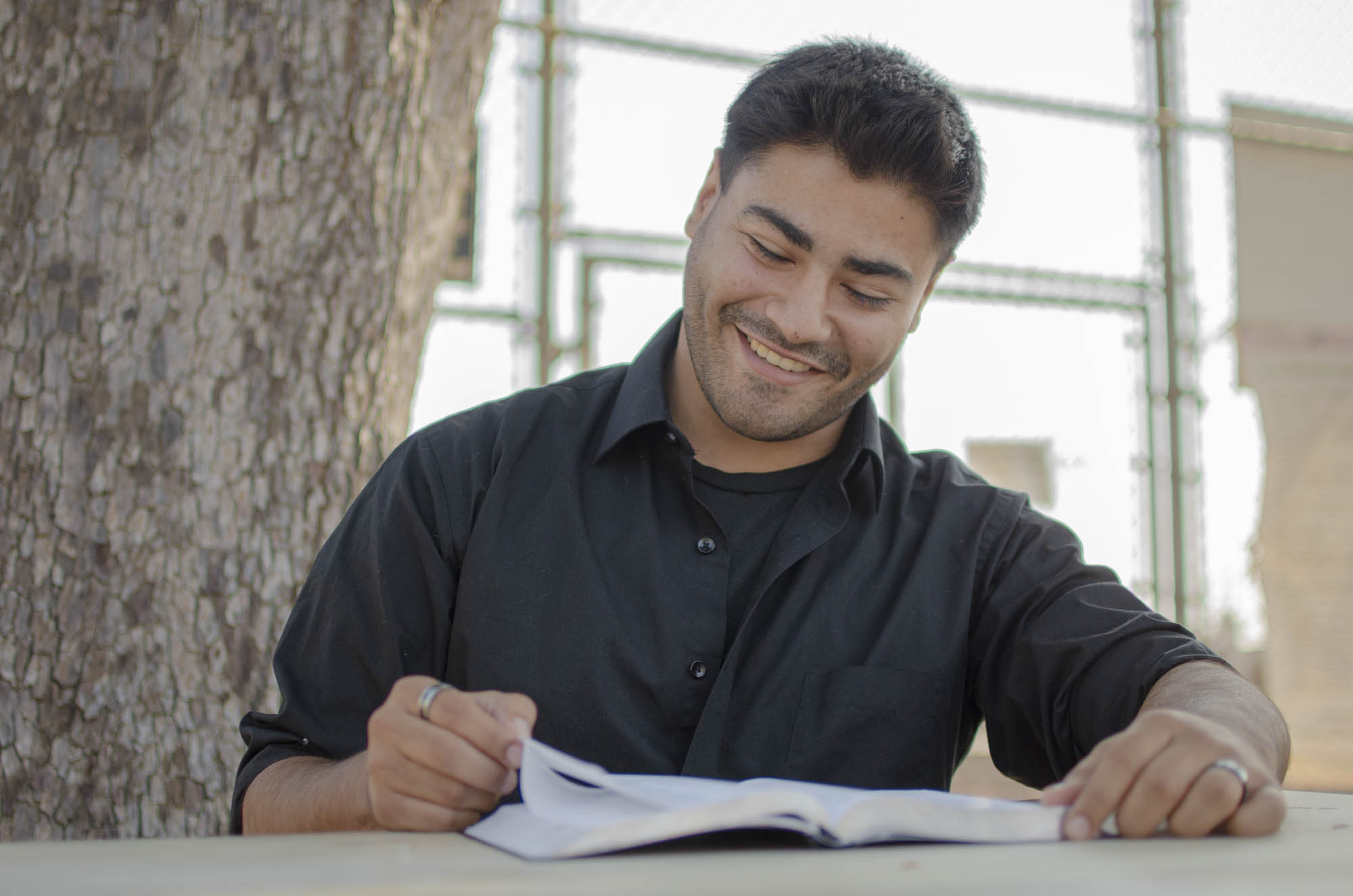 With honor, courage and commitment being the core values of the Marines, Alan Carias continues to serve and help others on campus.

Four years in US Marine Corp prepared him to take on new challenges as an aspiring police officer for LAPD.

“Growing up I played with the little soldiers and I never thought that could actually be me,” Carias said. “I was so fearful of growing up, I was very timid, shy and thinking about the Marines, ‘Oh my gosh, I could never do that.’ The Marines are supposed to be the toughest of the tough, and I thought I want that for myself because if I can do that, I can do anything in life.”

Despite his parents disapproval, Carias joined The Marine Corps a week after graduating from High School. He gained a new form of confidence from high school wrestling and martial arts but that alone wasn’t enough for him.

“My parents were not supportive, they didn’t want me to go there. They said ‘You’re going to get killed! Please don’t go there,’ and I feel like ‘Now I’m 18, I can do whatever I want,’ and I did it,” Carias said.

Carias is a Pierce College criminal justice student and president of the non-denominational Christian club, Love is for Everyone (LIFE). What makes Carias remain true to his values is his faith.

“After exiting from Marine Corp I found a new power, not necessarily physical but all mentally and spiritually I felt responsible what am I going to do with what God gave me,” Carias said. “My plan after graduating at Pierce is to go to a police academy,”

Carias mentors other students and encourages them to be a better version of themselves through the LIFE club.

“I consider them like brothers, I’m a little older so I am a big brother and whether it would be at school holding them accountable or being something that they may not have in their life but also hanging out and having fun. Mentorship is not all about business, I feel like there needs to be a healthy friendship in it,” Carias said.

According to Carias, after coming from the Marine Corp in 2016 he was looking for something bigger and more social. That’s when he joined the club, which expanded his horizons, gave him hope and elevated him.

“I felt like I had a new purpose in life,” Carias said. “When veterans exit the military a lot of them tend to get depressed, others get really successful and there’s a lot in between those two in the spectrum. I felt like I was in the middle and it could’ve gone either way really. With this life group I feel like my life really changed drastically because I found a purpose that I never thought in a million years could be for me.”

Carias moved to Los Angeles from Waltham, Massachusetts to a potential career in policing.

“I saw Los Angeles as the dark city,” Carias said. “It was kind of like the Gotham to Batman. I wanted to be a policeman and I know in LA that’s where the action is, and even far beyond that that’s where the people in need are.

According to Carias one of his role models besides his father, is pastor Blaise Fuemba, who would challenge Carias’s Bible beliefs and inspire him.

Fuemba believes that with the mindset and the fear of God that Alan owns, he can become a successful police officer.

“Alan would never do something unlawful because he fears God and he has to love everybody. We [Christians] love everybody, even our enemies. His influence will be amazing, not only physically but also spiritually,” Fuemba said.

Pierce College Adjunct Instructor of Business Jonathan Panossian knows Carias from church. Carias’s military background is the reason of his structured personality, according to Panossian.

“I have a different profession than him so he kind of picks off of that so he can be better as a leader of the club. He is a very strong guy in a good way and he still has that soft side to him,” Panossian said.

Carias wants to become an evangelist one day. He has plans of writing a graphic novel as well. Besides this and his childhood dreams of becoming a police officer, he has been caring along his passion to dinosaurs as well.

“I absolutely love dinosaurs, I have a huge collection of dinosaurs in my living room,” Carias said. “It drives my wife crazy but I’ve been collecting them for a long time.”

According to Carias’s wife, April Cabral, dinosaurs collection was something she had to get used to when she married him.

Cabral is supportive of her husband and his police officer career.

“My wife might not like it very much, but at the same time she understands that this is my lifelong dream ever since I was a little boy. I couldn’t imagine being a soldier or marine but what I could imagine, it was being a policeman,” Carias said.