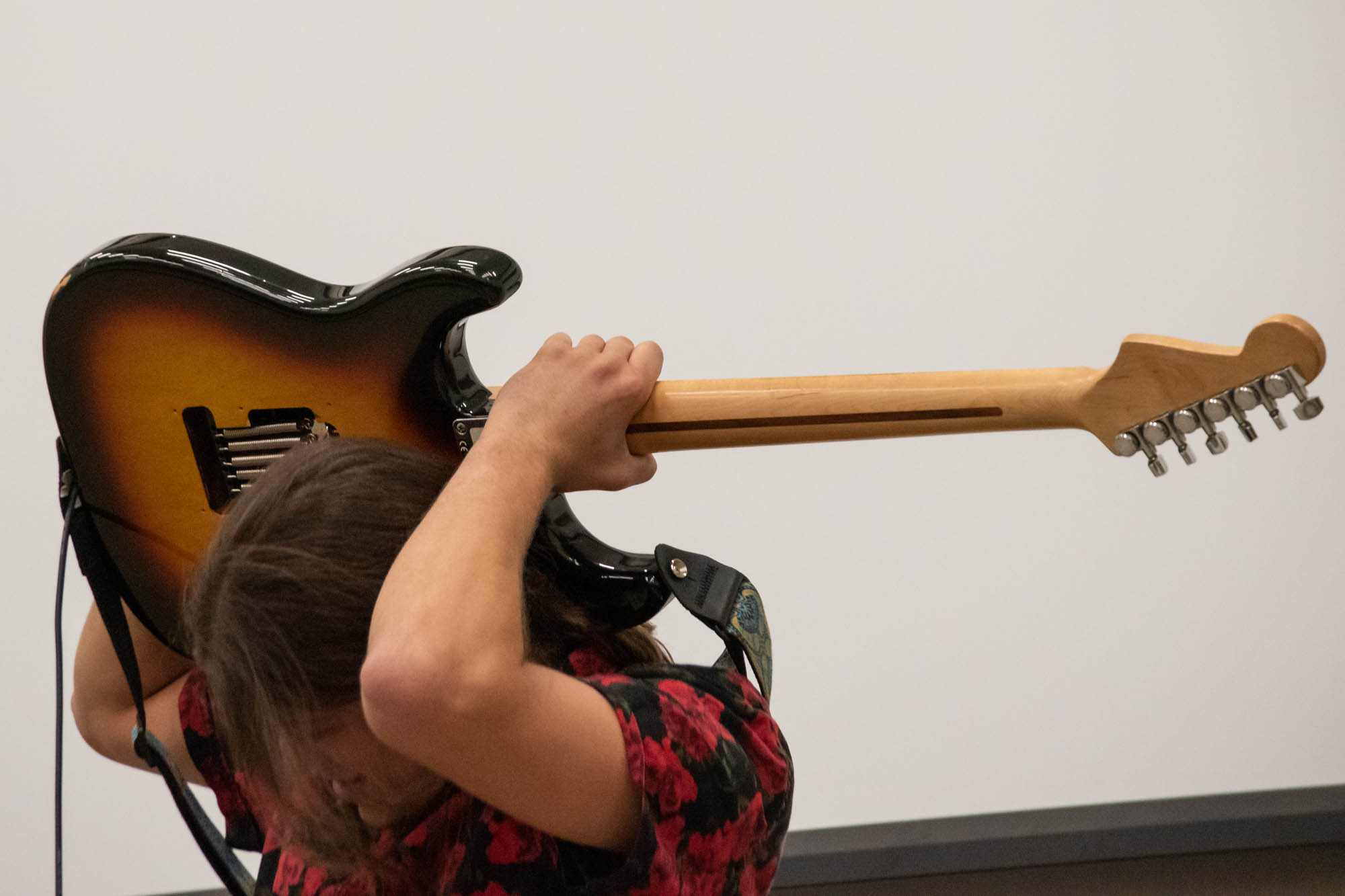 The stairs to the art area of the school are an arduous climb, but there was a reward waiting for them at the top on Thursday evening.

Michael Gend, a professor of theater arts and the department chair of performing arts, said it was a creative way to celebrate the artistic endeavors of the school.

“These students came together to say, ‘Hey, we have all this cool art going on at Pierce College. Let’s showcase it all together at the same time instead of at different events.’ I think that is really important,” Gend said.

Alexa Maris McGinnis, a theater major at Pierce and vice president of the Journeymen, said that the group had been working on ArtWalk since the summer. McGinnis said the event featured the Art and Architecture and Performing Arts departments.

McGinnis said that she thought it was important for the different departments to uplift one another.

Pierce College President Alexis Montevirgen was in attendance at the ArtWalk. He said that he was very impressed by how well put together the event was, especially since it is the first time it has happened.

Montevirgen said that he thinks the ArtWalk is a good event to help build community at Pierce.

The event went from 5 p.m. to 8 p.m. on the Performing Arts Hill. People attending the event gathered in the Art Garden where there was food, including nachos, candy and hot chocolate. Attendees could participate in theater games that were played as well.

Live music started playing at 5:30 p.m., where multiple Pierce students were able to perform in front of peers, staff and others in attendance. There was a guitar player, a trumpet player, a singer and a band who performed.

The art gallery opened at 6 p.m. The gallery displayed alters and artwork that were connected to the Mexican holiday Dia de los Muertos, Day of the Dead. There was a community alter that people could leave a card with someones name on it that they wanted to remember. At the art gallery, people could enjoy food and drinks as well, and make papel picado, punched paper, with the Spanish Club.

There were also literary works that had been sent in by Pierce students and from LAPC’s Winter 2018 edition of Directions that were hanging from trees and strings for people to read.

Raelon Bolton, a theater major at Pierce, attended the event and said that she enjoyed listening to the music at the event.

“My favorite part has been listening to the music. It was amazing, the energy was really fun and the musicians are extremely talented,” Bolton said.

Roman Hill, a theater production major at Pierce, said that his favorite part of the ArtWalk was getting to connect with new people.

“It is nice to see all these different people from different majors coming together and supporting each other, and it is nice interacting with everybody,” Hill said.