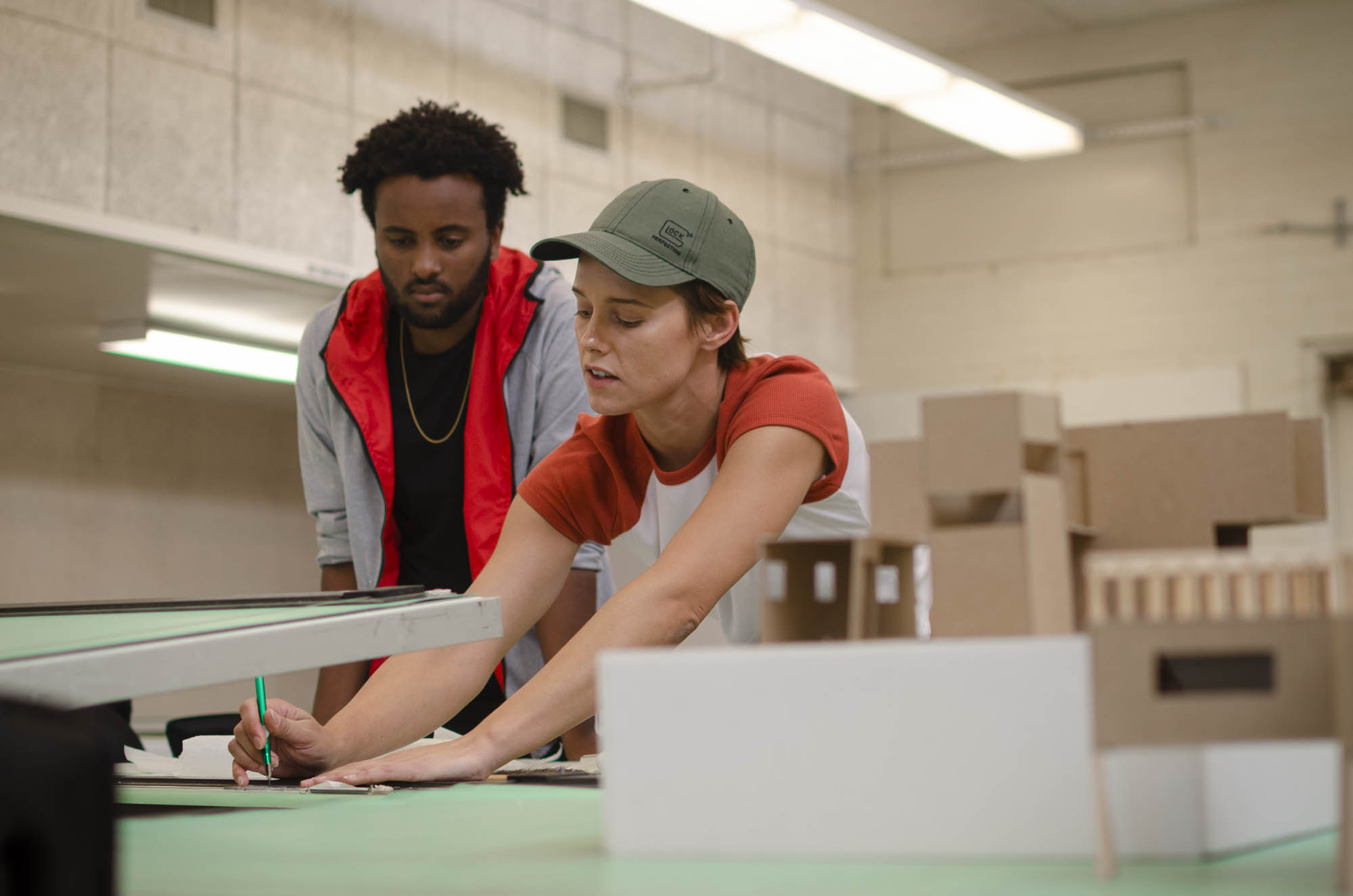 The Architecture Club at Pierce wants to build a better community and a better campus.

The club itself is broken into teams. Explorer Team, led by Miho Asada, and On-campus Engagement are the other two teams that round out the rest of the club. Both of which, according to the club president, are integral pieces of the club as a whole whose main tasks are finding partnerships around the community and getting the campus involved.

President and Architecture Major Jillian Nelson is the leader of Team Thumbprint.

“A group of people who aim to leave a positive and permanent physical impact on campus and leave it better than the way we found it,” Nelson explained.

There is much that Nelson gets from the club as both the president as well as a member.

“Hands-on experience with the design process and what an architect would go through in an actual project,” Nelson said.

The club itself serves as a building block for Nelson and the rest of the club.

“I think getting a good idea of the process is important,” Nelson said. “I think it’s a great way to get experience and it will help on a resume, this is something we can put in our portfolios.”

Club Moderator Beth Ables explained that the club has made changes to the campus in the past.

“Our students have built shade structures [and] helped to implement the Maker Space,” Abels said. “Last year the club really got interested in helping to develop a food garden and really got the discussion going of ‘can we plant the garden on campus?’”

“The Collaboratory takes projects from the community and has students work on them,” Abels said. “They’ve done work for ONEgeneration and the LA Bike Hub for Longbeach.”

Through their experiences, the club members, and their advisors have a perspective on improvements for the Pierce Campus.

“I do think the campus is pretty spread out,” Nelson said. “It could be a good thing but there’s too much cement, if there was more greenery it would avoid the campus being a heat trap.”

“Parking, it’s sort of troublesome,” Biftu said. “I was at Northridge Academy and they were building parking structures so maybe we could do something like that”

“Architecturally we need a lot more shade and a lot more trees,” Professor Abels said. “We have a budget for buildings, but we don’t have a great budget for landscaping.”

“We should look at other ways to get students to campus besides driving,” Professor Abels said. “I’d like to see us getting more scooters on campus, a simpler way to get from the orange line to campus, be more supportive of skateboards or allow bicycles. We have a lot of space”

The architecture club meets Tuesdays on campus at 2:30 pm.