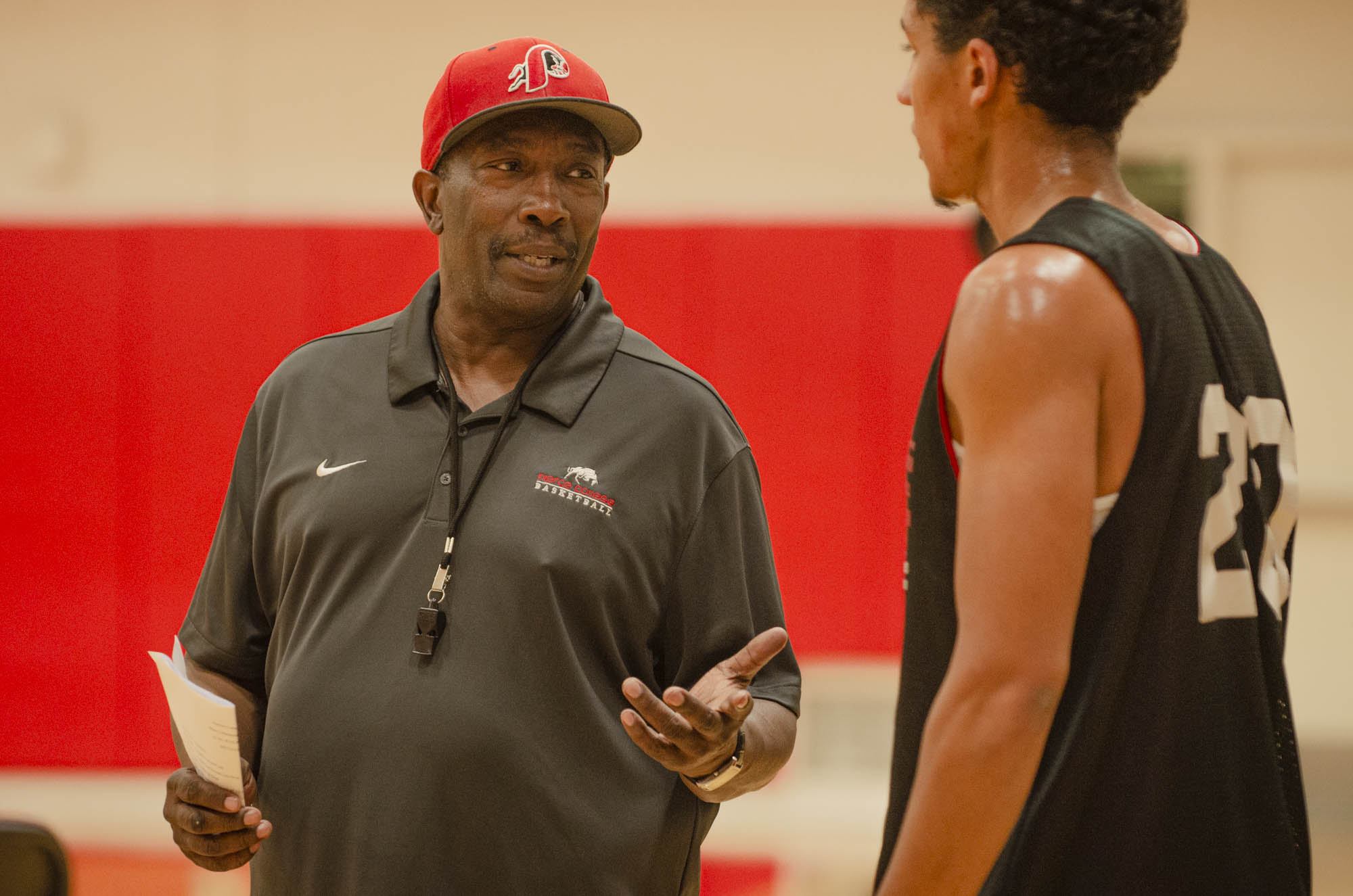 With years of experience, Charles White steps up to take over the head coaching position for men’s basketball.

It was never in White’s plans to become a basketball coach until he was asked a favor from a friend of his to cover for him for a couple days.

That day, White had to go pick up a kid from Sun Valley in the projects and bring him to practice.

“The guy calls me Monday saying he wasn’t coming back and the team is mine and for whatever reason the kid from Sun Valley called me If I can pick him up. If it wasn’t for that guy I don’t know if I ever would’ve been coaching,” White said. “I started coaching football, basketball and track but basketball is my passion so I got stuck on basketball.”

According to White, that’s where it all started and made him realize he can create a positive impact in someone’s life, ranging from changes in mindset, life and performance results.

“The guy I picked up did basketball, track and baseball and he was the kid from the projects but he ended up getting a baseball contract so it made me proud,” White said.  “That was years ago but when people say ‘I can’t do this,I can’t do that’, I always like to talk about it to my players because this was the guy from projects that maintained to be successful.”

White helped the men’s basketball program in Western Conference Championships in 2012-13 and 2014-15 seasons, as well as in their first ever playoff appearance in 2010-11.

White has a long history of dedication and commitment.

“I didn’t think about coaching high school. We were practicing with my youth program at a High School and after our practice I talked to a coach about their lost game. The coach said that If I think I can do better, I should come and help so one day we called each other up and he hired me,” White said. “I brought two players that I knew and that put Sylmar High School on the basketball map.”

Before working at Pierce College, he was a head coach assistant at Sylmar High School.

“I was there for 13 years, I had a couple other opportunities but I was too loyal here,” White said.

According to White, one of his role models growing up was coach Ward Allen, who taught him  the game of basketball.

“This coach took us apart and showed us how to do the footwork and play. That’s why I talk to my players today about footwork or good read. It’s important,” White said. “Back in Cincinnati area they took out sports in all the schools and that’s how I knew he [Allen] would have a passion. He said he wasn’t going to let us run the streets so he took us and we played different church teams to keep us busy.”

White has been doing youth basketball in Los Angeles area for 20 years. He coached both girls and boys teams. He also had a program called San Fernando Valley Jaguars.

White said that basketball is his passion and his family has been supportive along the journey.

However, finding a balance between family and coaching career hasn’t been easy, according to White.

“I’ve been keeping contact with coach since the eighth grade, we did travel team together. He is a good head coach and he likes people with a good attitude who work hard and give it all,” Zion White said. “Coach is a family person, that’s how it was with me, he believed in me that I had the ability to be better.”

“He’s teaching us a good defense and how to take charge. He is a really fun person, always joking around with players, always asking questions how he can help us just outside of the basketball,” Sako said.

White said that nowadays sport has turned into a business.

“Back in the day it was all about the passion, all about helping that kid. The kid from the projects and there were other kids just like him,” Charles White said. “I had a little escort back in the day and I had to put five 6 feet 4 inches tall guys in there. It was crazy.

Charles White said a lot of them became professionals.

“I always wanted them to know that I hope they will get somewhere along the way. It’s a good feeling to know that I was part of them growing up and when they see me and say ‘hey coach’ It feels good,” Charles White said.