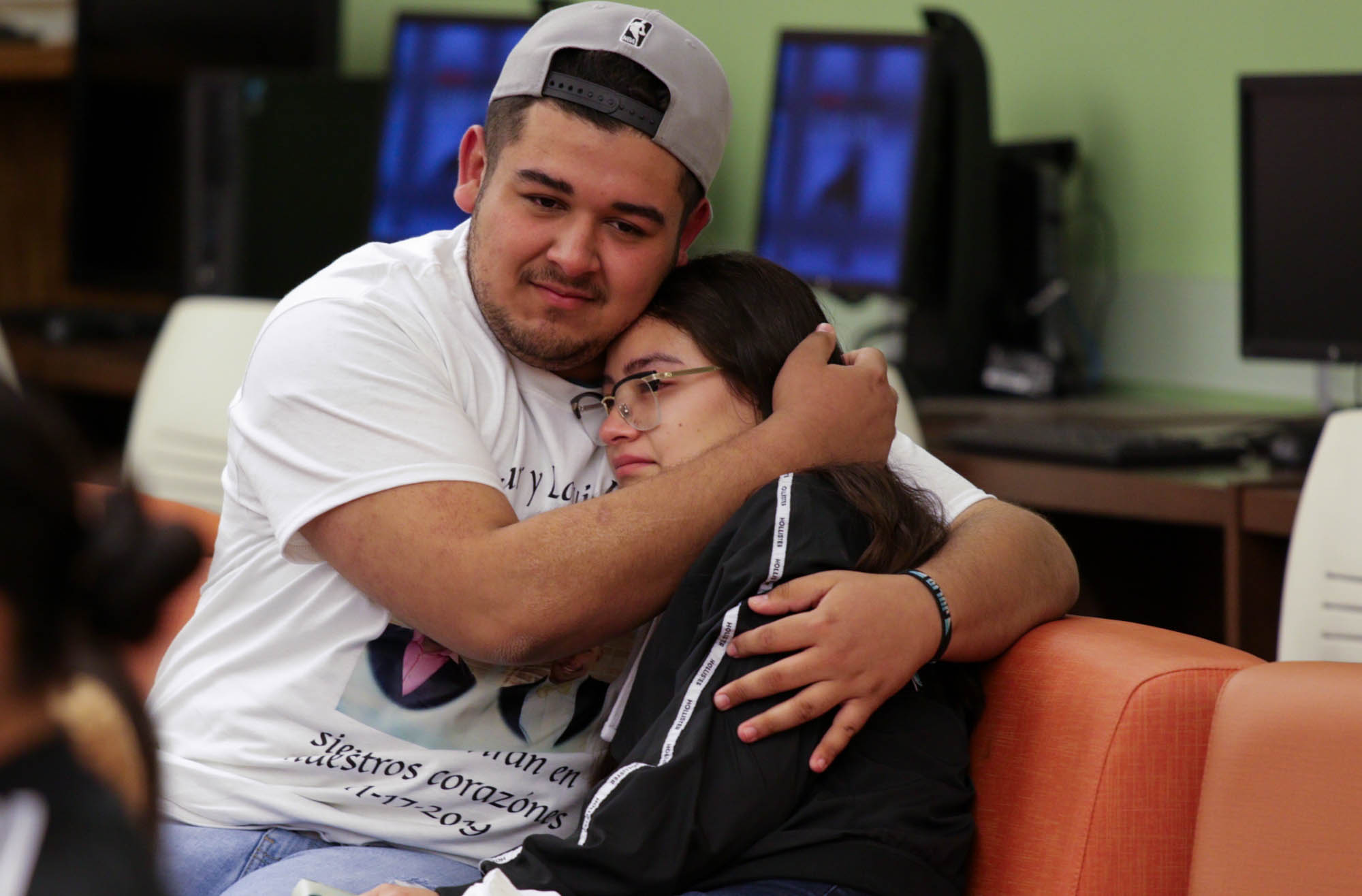 Family, friends, and faculty gathered at a vigil for Cesar and Louis Perez, the teen brothers who died in a car accident on Nov. 19, at the Student Engagement Center Monday.

Dean of Student Engagement Juan Carlos Astorga said the vigil helped to create a community of people who support each other through the grieving process.

“When we lose someone, we say goodbye forever to that connection,” Astorga said. “But being able to acknowledge what that person meant and what that person gave you is an opportunity to learn.”

Chicano Studies Professor and MEChA club advisor Angelita Rovero organized the vigil. Rovero knew Cesar since he was in high school and said that he was confident and friendly.

Rovero said Cesar’s friendship with his best friend Julio Flores was the “most beautiful” friendship she had ever witnessed.

Flores gave a speech in Spanish and said he will always have Cesar in his heart.

“He always walked around with a smile and he loved his family immensely,” Astorga said. “He was always looking for ways to make his mom’s burden less heavy.”

Astorga said it is important to acknowledge the impact someone leaves on the lives of others and encouraged students to seek counseling with the Student Health Center if they need it.

“I encourage our students to really allow themselves to speak, to share, to cry, and to just be present with themselves,” Astorga said. “It’s important to say goodbye in unity with each other and to give value to our experiences.”

Pierce President Alexis Montevirgen said the vigil helped to provide support on campus for those who knew Cesar and Louis so they would not grieve alone.

“When things like this happen, we come together as a campus,” Montevirgen said. “We’re here for one another. No one has to go through a tragedy like this on their own.”

MEChA is planning to fundraise to create a scholarship for ESL students in Cesar’s name, according to Rovero.

“Every year we will honor his name and his memory here on this campus,” Rovero said.

Astorga said it was impressive that after only one semester at Pierce, Cesar left a legacy on campus with his involvement in the Summer Bridge program, MEChA, and the Dream Resource Center.

Second Vice President of the Los Angeles Community College District Board of Trustees Gabriel Buelna addressed the attendees both in Spanish and Enligsh and said he was saddened on behalf the district.

About 70 people came to the vigil, including Cesar and Louis’ family and friends and others who came to show support. The Perez family continues to raise money for funeral expenses on GoFundMe.