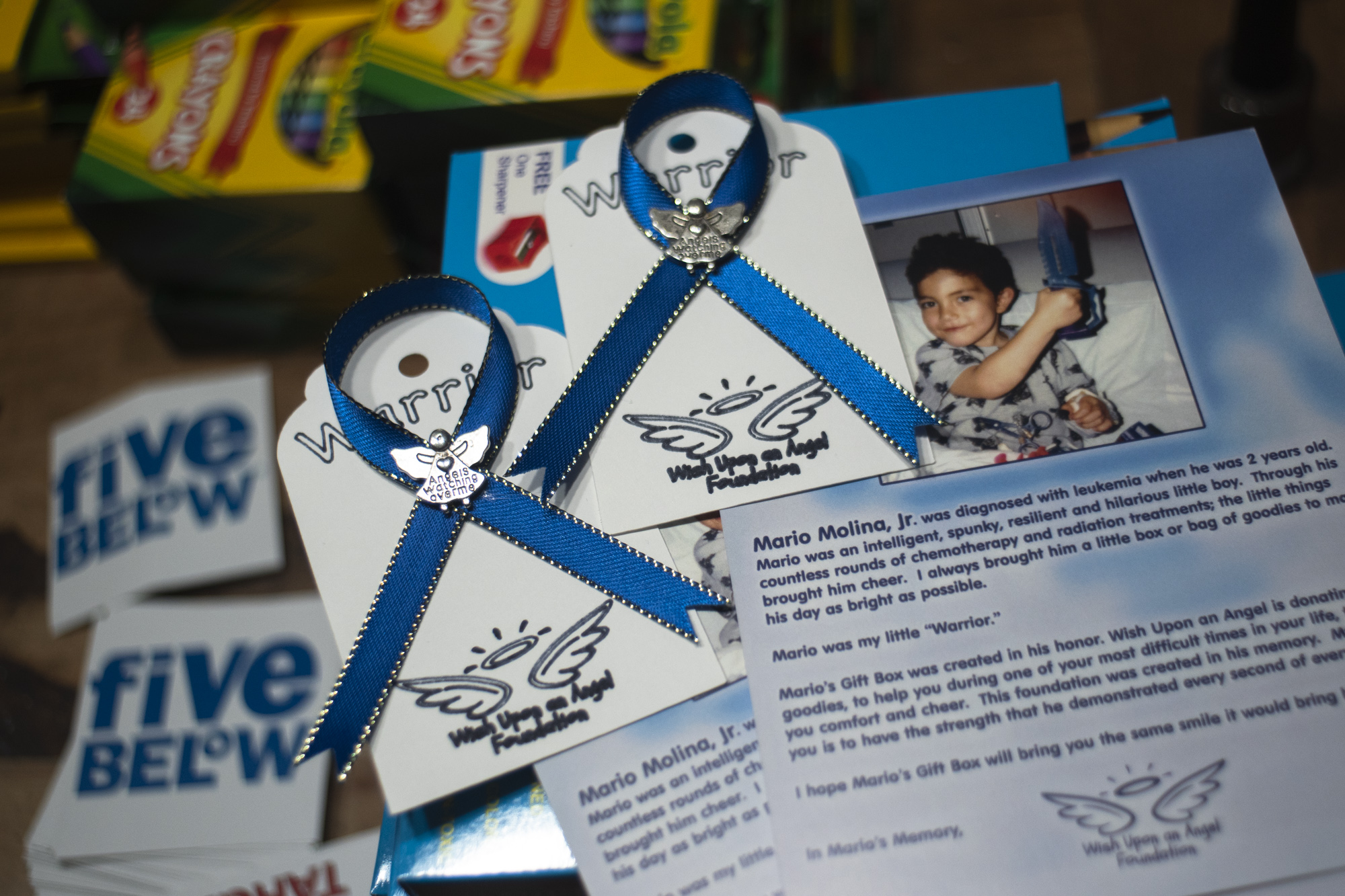 Gift-giving may feel rewarding to most, but for some, it can change their lives.

Angelita Rovero, the advisor of MEChA, created the Wish Upon An Angel Foundation to help raise money and donate for kids who have cancer. She created the Foundation in the name of Mario Molina, a two-year-old boy who died from leukemia.

“I put the nonprofit in his honor with the permission of his parents. He would have been 27 years old,” Rovero said.

Rovero used to organize blood marrow drives in the Latino community and volunteered for three years. She met Molina when he was two years old.

“There were two perfect matches for him when he was five, so two people registered on this national registry and neither of them donated,” Rovero said. “He ended up getting a not-perfect match and he died at five of leukemia.”

She said she would always do toy drives within the community and that is how she met Molina.

“We would do a Christmas party where Whole Foods would donate to 250 people. We collaborated and we can’t take food to these oncology clinics, so we decided to put some boxes together,” Rovero said.

“July 3, 2012, I was diagnosed with brain cancer,” Newman said. “I have had rounds of high-dose chemotherapy, a stem-cell transplant, radiation and I’ve had six brain procedures.”

Because of the treatments, he missed his eighth-grade year and it changed his entire career path.

“I had a drain placed inside my head that drains the fluid, so I am not allowed to play any contact sports anymore,” Newman said. “At the time I was playing soccer and basketball. I was on a club soccer team and traveling the world. So that was a big stop to my sports career and really hit me hard.”

Newman had a vital support system that kept him going during his hardest moments.

“It impacts the journey so much. Without it, I wouldn’t know if I’d still be here,” Newman said. “There were a lot of years where I thought I was the kid with cancer. Everyone knew me as that kid. It’s not the best identity.”

He said he chose to be positive throughout his fight and that’s been his number one savior.

“I guess it’s the community around me that has given me this sense of positivity,” Newman said. “Without them, I wouldn’t be the same person. Every person that has walked into my life during battle has shaken my mentality toward cancer.”

He said wanted to help bring more awareness when he met Rovero as one of his professors and noticed her dedication to Molina and his story.

Rovero said she came up with the idea with Newman and they tried calling several hospitals with no luck.

“City of Hope was the one who accepted our offer, and provided us with a list of things, and then we started,” Rovero said. “We wanted to do it in the summer, but we didn’t have enough money.”

Rovero and Newman helped raise around $1400 on a Facebook fundraiser to buy some of the things.

“Pedro’s wife Natalie made the pins, so even though there’s a lot of stuff in the boxes, I think the information on the card about Mario kind of just keeps his spirit going,” Rovero said. “I wanted him to know he was the inspiration behind it, he is the reason for all this.”

Newman said his longest stay was a month and a half during his bone marrow transplant.

“I couldn’t see my brother because it was during flu season and it was tough, I was in isolation. That was the hardest 30 days of my life,” Newman said.

Newman said he spoke at an event hosted by American Cancer Society in front of thousands of people to give other cancer patients hope.

“My family and I created Team Nate Dog when I was diagnosed,” Newman said. “It is a team that walks in the national brain tumor walk for the National Brain Tumor Society. We have been the number one fundraising team every year, we have raised over 300 thousand dollars to help cure brain cancer.”

He said there’s still life after being diagnosed and he hopes to carry this message to all the other families who struggle with having a loved one with cancer.

“I know firsthand how it is to be in the hospital period. To just bring a little joy to the patients, it really makes their day. It really does,” Newman said.

MEChA member Krystal Merino volunteered to bring a few items because this event means a lot to her. She brought earphones, nail polish and coloring pencils.

“I have family members who died of cancer and who were in the hospital, so I just figured this would be something good to do,” Merino said.

Pedro Jr. Santana, a longtime friend of Rovero, helped bring many of the items that were packed in the gift boxes.

“When my nephew was about three years old, he was diagnosed with cancer and they basically removed one of his kidneys,” Santana said. “Ever since then it was a scary moment. My sister didn’t have any insurance at all. It was Children’s Hospital and all the donors who kept him alive, so from that point on I always vowed that if I could do something I would do so.”

Santana said he brought Clipper backpacks and others with books in them for the children to read.

“The best thing here is the gift of giving, it’s the best way to repay my nephew’s health now,” Santana said.