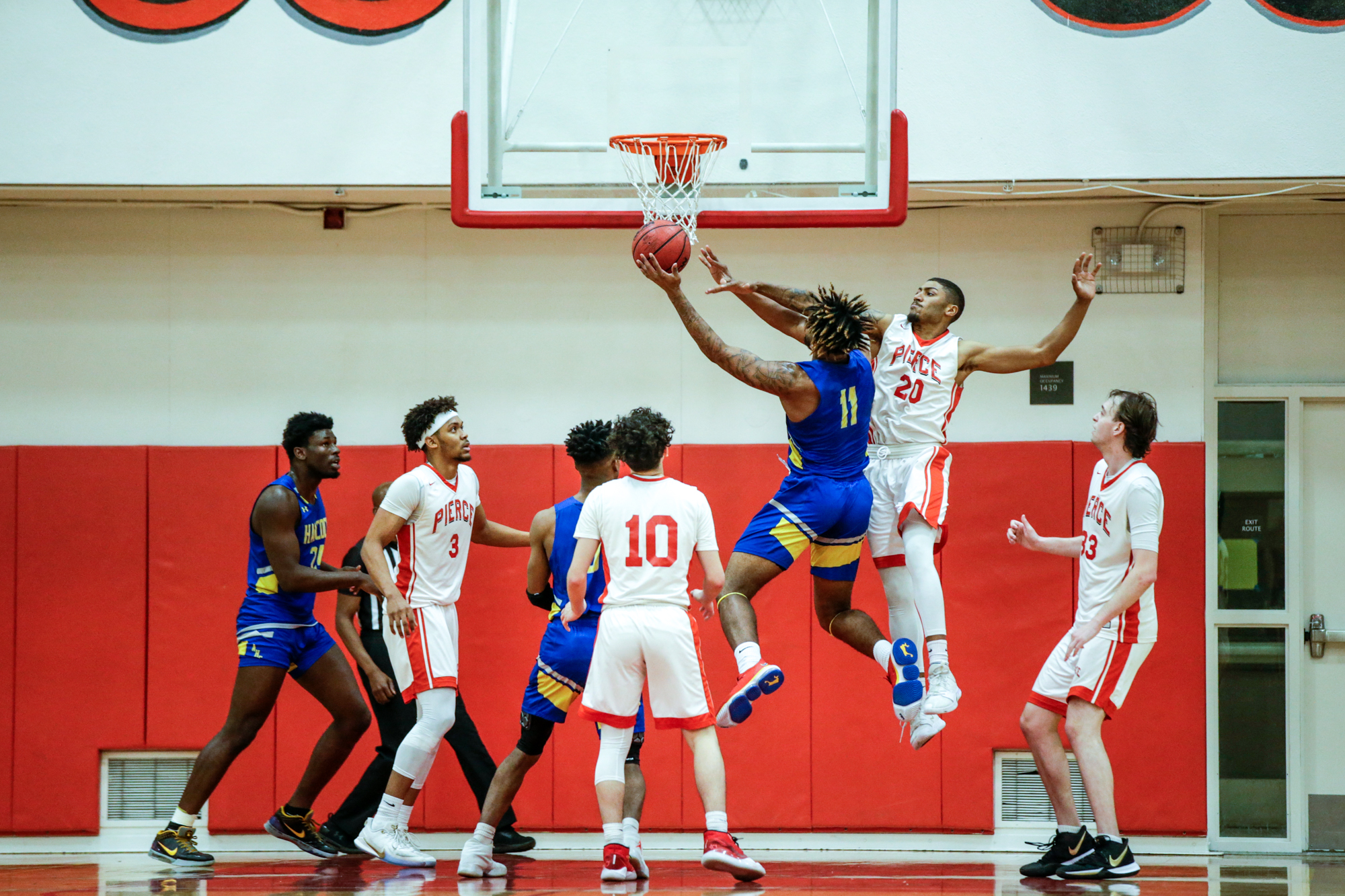 Two halves were not enough to determine the winner in Friday’s conference match between the Brahmas and Bulldogs.

Men’s basketball was unable to beat Hancock College and lost 89-85 in overtime despite having the lead.

Head coach Charles White was proud of his team despite giving the lead away.

“I’m proud of my guys even with four starters out of the game. Even the reserves came through and played their hearts out which gave us a chance to win.”

Kevin Fassu, small forward, said it was a tough loss for the team. He said despite their best efforts they couldn’t maintain the advantage.

“We left it all on the floor and the ball just didn’t bounce our way,” Fassu said.

Hancock College basketball head coach Tyson Aye said his team’s efforts tripled from the first half of the game.

“I thought our guys in the second half played harder and played more unselfish and played for each other as a family,” Aye said.

In the second half of the game, the referee ejected Brahma Dallas Johnson and Jamario Ribb from Hancock College due a flagrant foul.

“I don’t think the ejection was right,” Pierce College assistant coach Mike Farmer said. “Maybe a T on both sides [would have sufficed], but I understand the refs have a hard job and monitor the game to make sure that everything is safe for the players and fans.”

At first, the game looked promising for the Brahmas as they took the lead in the beginning with the score being 84-78. But two minutes later, Hancock College pushed back to tie the game at 84.

Farmer said he thought the Brahmas would win.

“We had to play [defense] and play with purpose. We had a couple of missed shots and missed rebounds… but it was a good heartfelt battle,” Farmer said.

“It was a shame someone had to lose, honestly. Pierce came out and played hard,” Dykema said.

“[In] the second half, we turned up the intensity another notch and had a long talk during halftime and it became a really good game after.”

Aye said he felt his team’s efforts tripled from the first half of the game.

“I thought our guys in the second half played harder and played more unselfish and played for each other as a family,” Aye said.

This was the last game for the sophomore Brahmas, making it even more intense.

Max Edwards, who scored the most points during the game with 22, appreciated those who came out to support. He said it was the best attendance they’ve had all season.

Farmer said he was proud of the boys despite the result.

“It’s like when you have kids, you don’t love one more than the other. I love all these guys… they put their heart into it,” Farmer said.