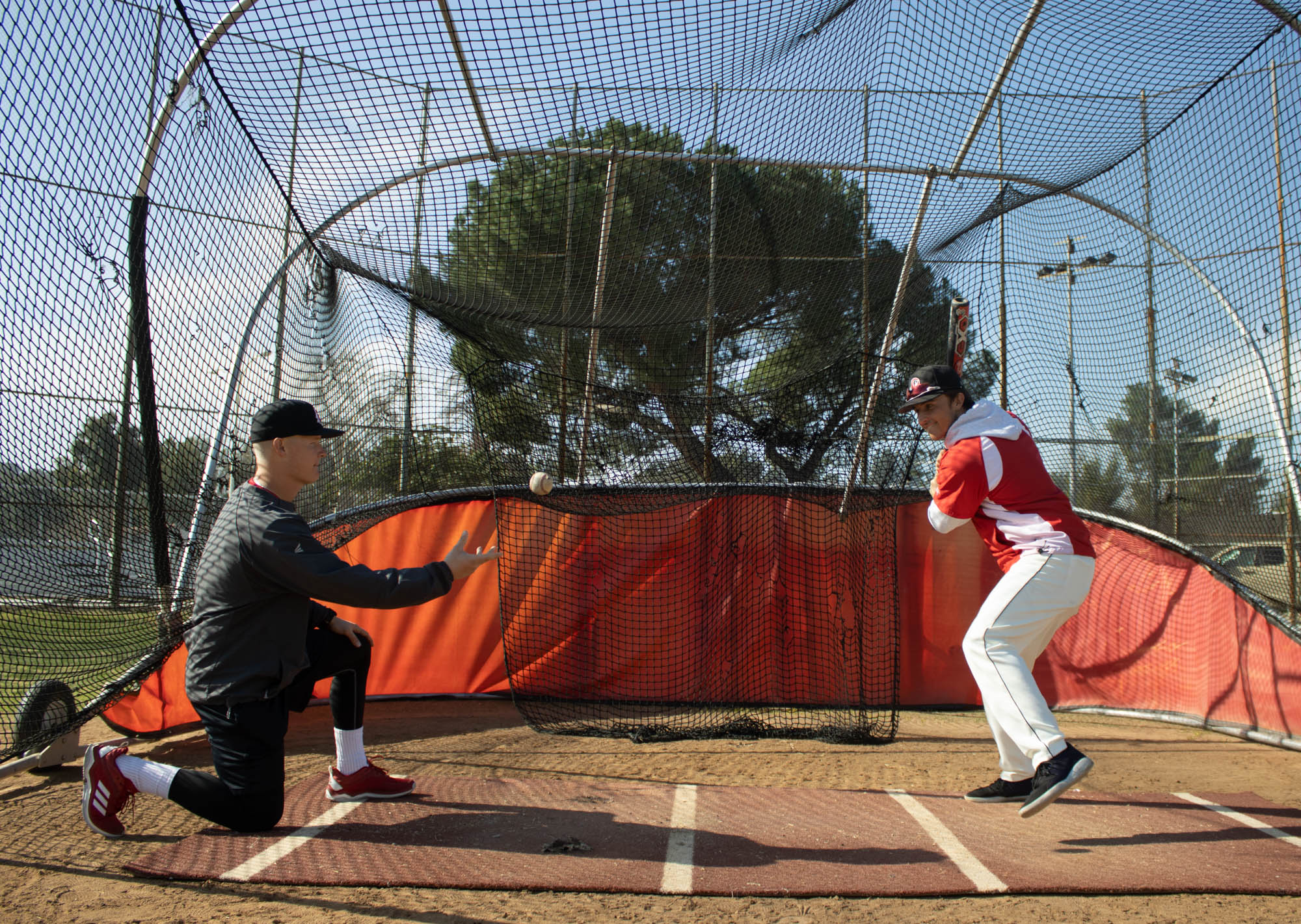 Sibling rivalry is common among families, but for the Ryan brothers, it is the opposite as they empower each other on the diamond.

Jake and Dirk Ryan are on the baseball team in different capacities. Jake is an assistant coach, while Dirk Ryan plays on the mound.

“It’s a really cool thing having your family out here, especially in a place where you love to play,” Dirk Ryan said. “He’s like a role model to me, so I have my role model coaching me.”

Dirk Ryan has been playing for the Pierce baseball team since 2018. His older brother Jake got hired to join the scarlet and white as an assistant coach.

“I was extremely excited because I’ve been watching him play his whole life,” Jake Ryan said. “Having a kid like Dirk, who embodies the whole team, is something special and it makes my job that much more enjoyable.”

Jake Ryan’s collegiate career began when he attended Western Kentucky University while playing for the Hilltoppers baseball team. He then transferred his senior year to Cal State Dominguez Hills and played for the Toros before graduating in 2019.

Jake Ryan enjoyed where his baseball career took him despite wanting to compete in the big leagues.

You’re playing the sport you love, competing with your best friends against another group of guys who think they’re better than you and you have to go out there and prove yourself,” Jake Ryan said.

For Dirk Ryan, choosing to hang up his baseball uniform straight out of Bishop Alemany High School and level up into collegiate baseball as a Brahma, was a gut feeling.

Pierce felt like “home” to him since his older cousin, Casey Ryan, played for the same team in 2014.

The deal was sealed after meeting head coach Bill Picketts because he made Dirk Ryan feel he could succeed at Pierce.

“Dirk has definitely matured physically and mentally, so his approach is much more consistent than it was last year and it’s paid off,” Picketts said.

“So far there’s been absolutely zero issues,” Picketts said. “They both handle themselves professionally and nothing has come about as far as brotherly issues.”

The Ryans are a baseball family, according to Dirk. Whether it’s watching a game, talking about it or playing the sport, baseball is on their mind “every day.”

“There are some videos when we were really young and we just learned how to walk,” Jake Ryan said. “We had one of those play bats and play [batting] tees and we would be in the house swinging the bat.”

In their backyard, their parents set up a cage for them to practice baseball at home.

Jake Ryan said that no matter how late their father got home from work or how long his day was, he’d put his tennis shoes on and pitch for them whenever they asked him to.

“Our dad always taught us, ‘Let everyone else do the talk. You do the talking with your bat and your glove,’” Jake Ryan said.

Dirk Ryan, now 20, is transferring this semester and is awaiting the recruitment process which begins in March.

This summer, Jake Ryan is heading to Massachusetts to be an assistant coach under Jerry Weinstein for the seasonal Cape Cod League. The 23-year-old aspires to eventually manage his own baseball team and become a Division 1 head coach.

While at Pierce, Jake Ryan is thankful for the opportunity Picketts gave him. He equally credits fellow assistant coaches, Tyler Eastman and Michael Hymes, for the team’s sense of comradery.

Jake Ryan said when you have players with an incredible attitude, going to practice is worth it.

“I come out here and see all these guys working their butt off, day in and day out, and then they give you the respect you deserve. I’ll do anything for these guys,” Jake Ryan said.