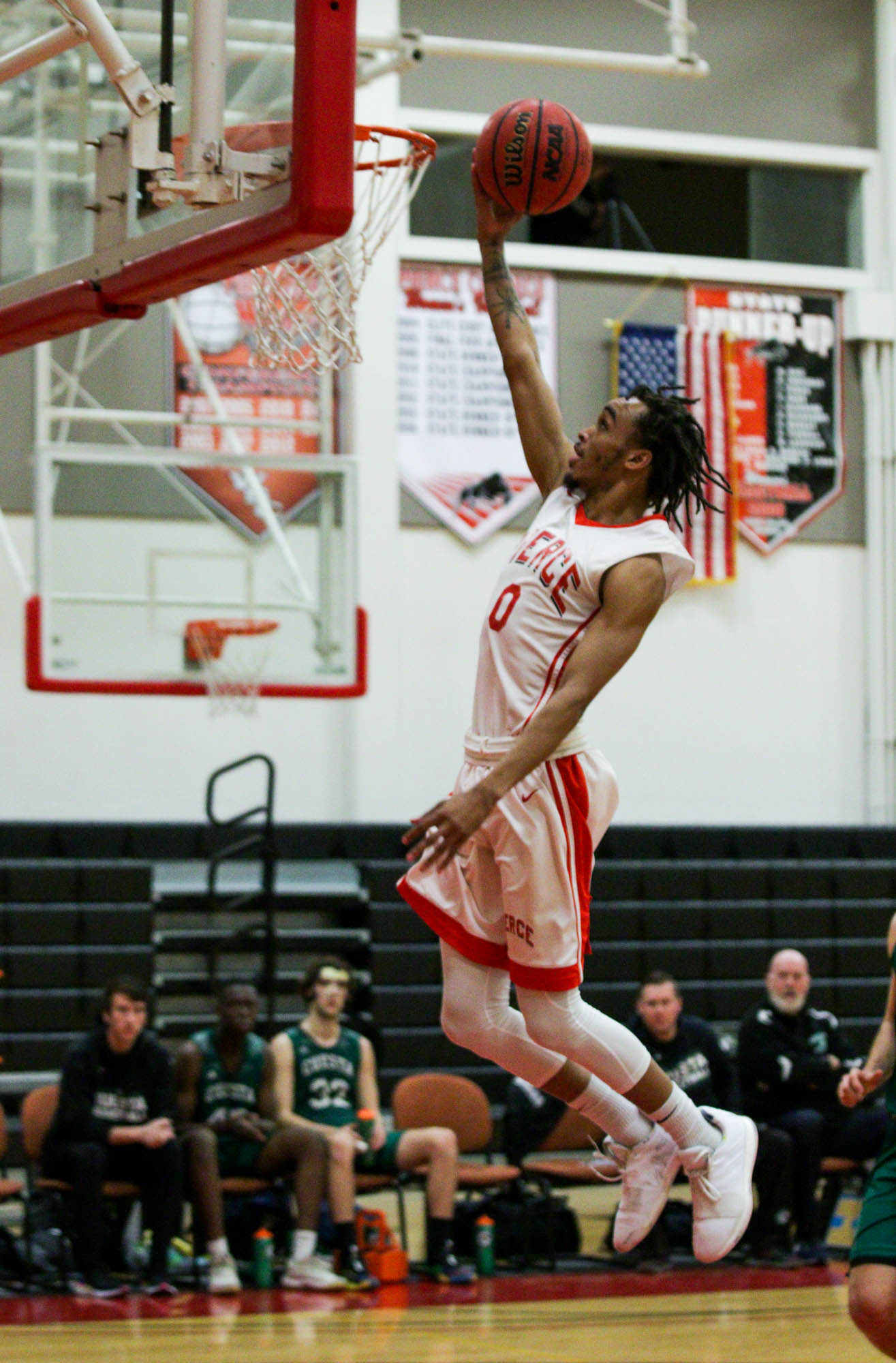 In an up-and-down season for men’s basketball, there was still an opportunity for the team to make the postseason. In their last game however, Brahmas lost 89-85 against Allan Hancock College in overtime.

With the loss, all chances of reaching the playoffs went up in smoke.

Point guard Jason Rodriguez said the season was good for the team.

“It was a long season. I feel like we all grew as a team, and as players it was tough toward the ending of the season because it got more competitive because we had to make playoffs, but overall the season I feel like went pretty good,” Rodriguez said.

Pierce started the season strong winning two out of their three games in the Miramar Tournament.

After the tournament, they beat El Camino College before losing to Desert that same week.

The team also finished second in the Skip Robinson Classic, getting wins over LA Trade Tech and Pasadena City College. They lost to Santiago Canyon 110-73.

“I liked the way a lot of our guys grew from the start of the year. I think this year’s season was a success,” Fassu said.

The next tourney they were in was the Gregg Anderson Tournament held at Antelope Valley College.

Unlike the previous performances, they only won one game, beating Glendale College 78-62.

Head coach Charles White was impressed with his team and how they prepared for each game.

“I’m very proud of my guys. They worked together as a team. Even though they didn’t make playoffs, they grew overall as a hard working team,” White said.

The Brahmas finished the decade with wins over Rio Hondo and San Diego Mesa. However, they lost to Long Beach in the last game of 2019.

To begin a new year and decade, Pierce had a good month, winning four games and losing three.

February was a month where the team struggled. Last season the similar happened and the team went from having a winning record to finishing 13-15.

They only won two games and lost four. The losses, however, were very close games.

Heading into the Hancock game, they beat Santa Barbara 60-51, which meant they had a slight chance of playoffs.

In the first half of the game, Brahmas were up 41-22. But in the second half, things didn’t go their way. They eventually tied the game to force overtime.

“I feel like the last game was the best moment of the season because it really showed us how much we’ve grown and I feel like we haven’t played that style of basketball for the entire season. It showed how much better we’ve gotten even though we lost, it was more of a growing moment,” Rodriguez said.

Rodriguez, who is a sophomore, said this season was a learning one for him.

Fassu said there were a lot of good moments to take from this year.

As a whole team every player prepared and worked together in regard to each game.

“Watch film, go over their style of play and try to find ways to stop the way their play and that’s pretty much it on how we prepared for each game and stuff like that,” Rodriguez said.

Rodriguez said he felt like everyone in the team worked together in preparation for each game.

White said he’s proud of the team’s hard work and growth in the end.

“I would say the best players of this season are Max Edwards, Dallas Johnson and Kevin Fassu. Max Edwards scored 18 points,” White said.

Edwards will lead the season with 457 points, followed by Wayne Currie who made 445.

Pierce collectively finished the season 15-13 overall and 6-6 in conference play.