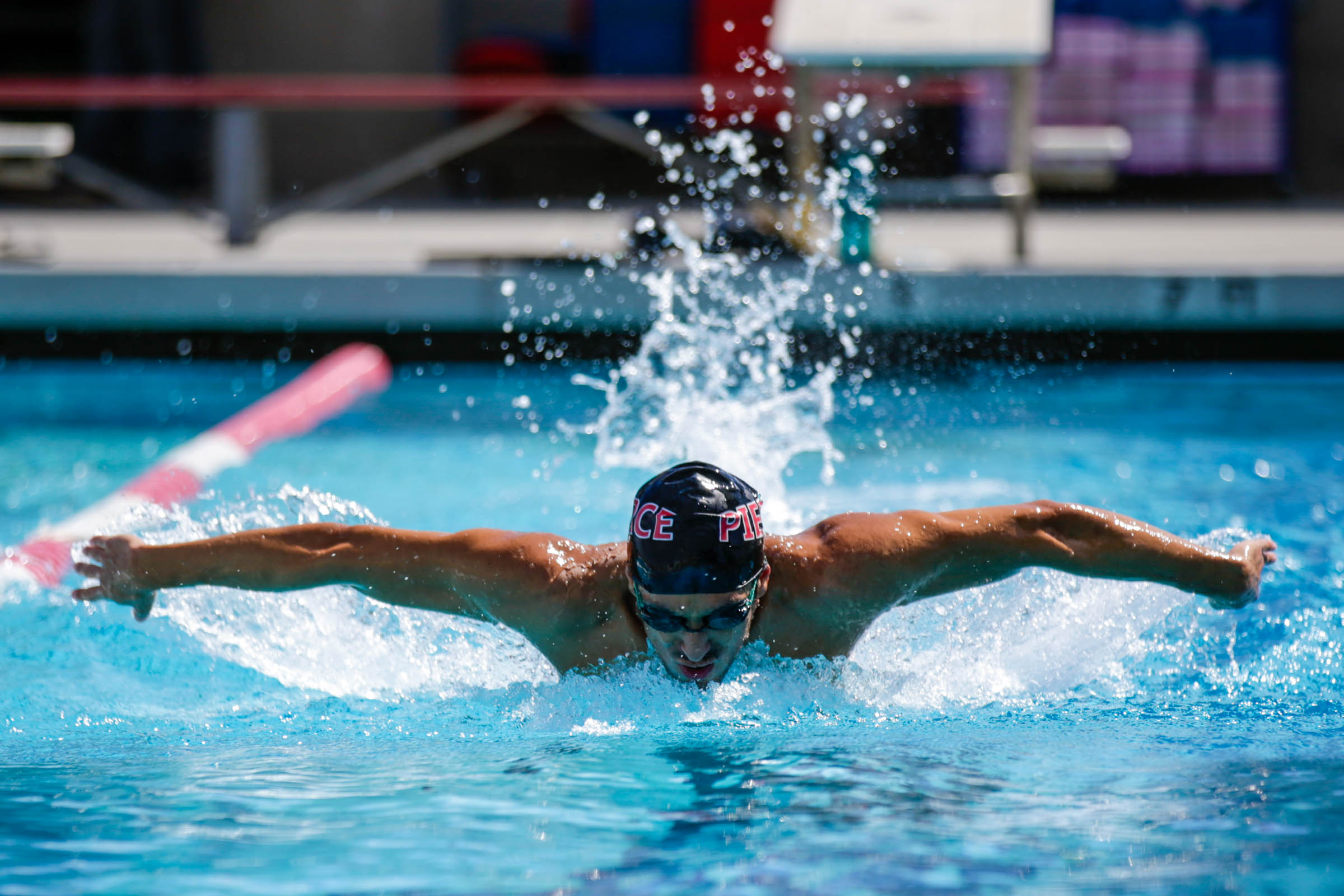 Doctors told Wyatt Feldman that he had to take a mandatory three-month break from swimming because of a rotator cuff injury when he was 15 years old.

However, that did not stop the now 20-year-old from becoming one of the fastest swimmers on the Pierce College Swim team.

Feldman said he needed to overcome the obstacles and not throw in the towel.

“Instead of quitting, I took that as an opportunity to come back because I felt like I’d be deserving myself,” Feldman said.

His rotator cuff injury was because of overuse and doctors advised Feldman to take a break from swimming or else it would cause nerve damage to his shoulder. Despite getting this injury in his sophomore year in high school, Feldman motivated himself to become the best athlete he can be.

Feldman explains how most people would see the injury as a setback and just stop swimming all together. However, he saw this as an opportunity to improve and once he started swimming again, Feldman says how shocked he was when his swim times got faster after the injury.

Feldman’s love for swimming traces back to when he first learned to swim at the Pierce swimming pool when he was six-years-old.

What got him into competitive swimming was when he joined a team called Seacats that still competes at the Pierce swimming pool.

Since that moment when Feldman dipped his toes into the water, he continued swimming until high school.

In his freshman year at Pierce, Feldman said when he stopped swimming he failed a class.

However, Feldman explains how as soon as he joined Pierce’s swim team, his grades improved.

“Swimming has never been a competition for me and it kind of grounds me,” Feldman said.
“There’s something about having a [supportive] team behind you that is motivating.”

Last year, Feldman and five other Pierce swimmers went to the State Championships in Cupertino and finished in 14 place, which made Pierce history.

Feldman said initially he didn’t expect to win any medals and just wanted to do his best. But he says the most memorable part was spending time with the team and getting one medal because of teamwork.

“State championships are the highest level you can go to,” head coach Judi Terhar said. “So rarely schools typically just have a couple of people make it and you have to be top 16 in the State of California and California is the top in the United States. So you’re talking about the best community college athletes that there are”.

Feldman said he remains hopeful of going to State again because his times are a lot faster this season than last season.

“I couldn’t even make the top five last year but just last week I made second place in the 200 breaststroke,” Feldman said.

Feldman says how his times are improving because of the training he does for two hours every day.

Terhar said the team and Feldman swims 6,000 yards while wearing knee socks to weigh them down.

“I’ve never had someone that works harder than him and he never takes a day off,” Terhar said.

On the swim team, Feldman created a close bond with his teammates and influences those around him.

“We‘ve been working really hard in practice and pretty much dying together every day,” said Zacki Katibah, a Freshman on the team.

Katibah said he has a friendly “rivalry” with Feldman in trying to beat each other for the fastest times since Feldman is in lane one and Katibah is in lane two.

Terhar mentioned how Feldman is known for taking Katibah and the other teammates under his wing.

“That’s what a leader does,” Terhar said. “He takes care of everyone around him and shows them the ropes.”.

After Pierce, Feldman will transfer to California State University, Northridge in the Fall with a major in Computer Information Technology and says he will continue to swim independently while pursuing his major.