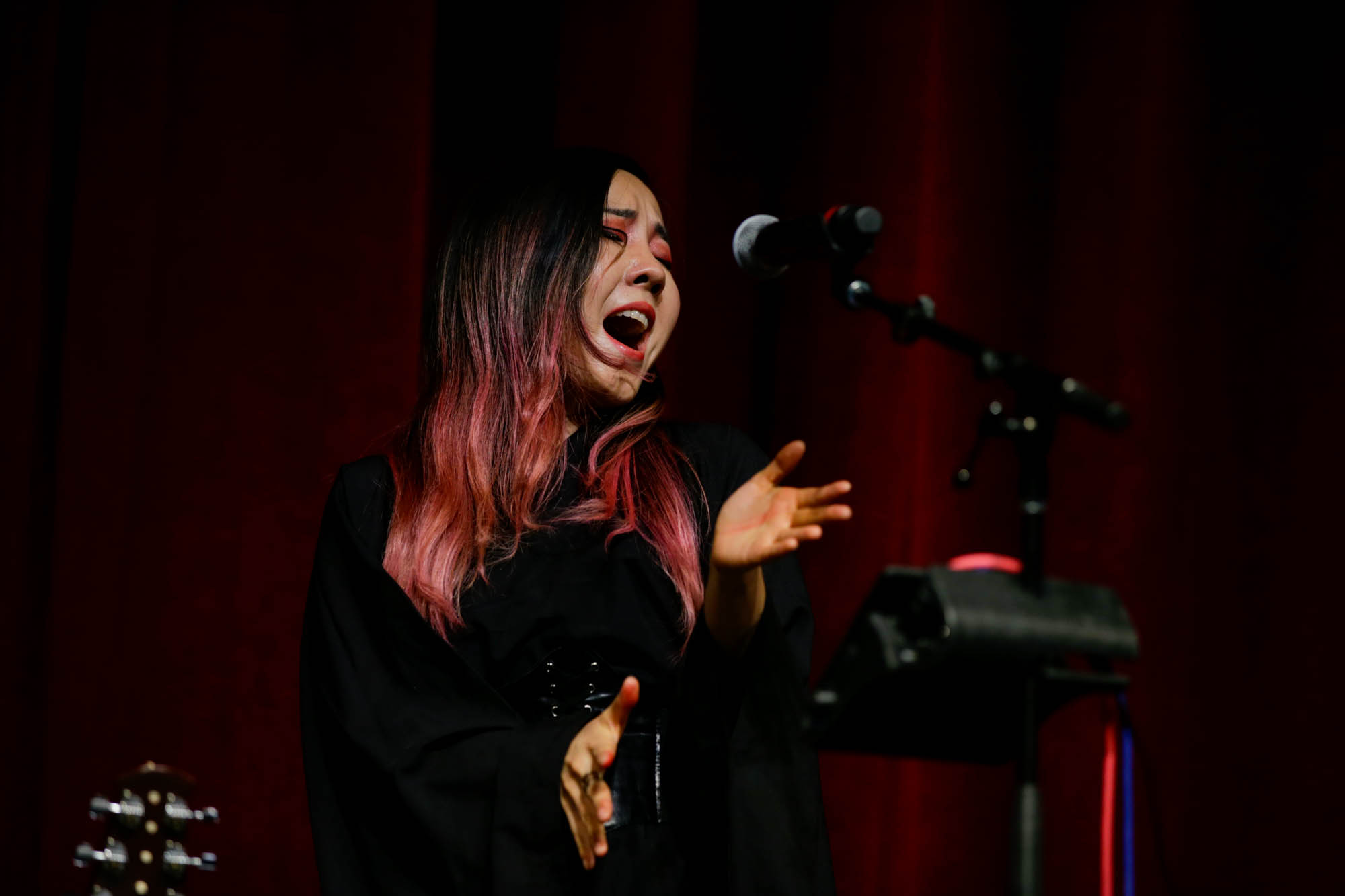 The eclectic quartet 5th Element brought their jazz, world, electronic improvisational music to the Main Stage in the Performing Arts Building on March 5.

The group, led by vocalist Uyanga Bold, took the audience on an otherworldly musical journey with progressive pieces that defied the standard song structure.

Upright bassist Igor Kogan and sampler Cam Cameron, laid the foundation of each song with driving basslines and drum samples.

They led with a composition called “Birds” that set the tone for their set.

The rhythms they created felt chaotic and took up a lot of space, but they left plenty of room for clarinetist/saxophonist Leo Chelyapov to breathe with floaty riffs, much like Noel Redding and Mitch Mitchell once did for Jimi Hendrix.

While Bold sang, it was as if her soul left her body and the bass and saxophone melodies became tangible objects that she could dance with.

Bold, like the instrumentalists beside her, didn’t use her voice in a conventional manner. Instead of lyrics, she harmonized notes with a haunting operatic and cinematic style that played alongside the instrumentals instead of taking the center stage.

Kogan was the driving force behind the band; without him, the band would sound jarring, but his soothing and repetitive bass lines grounded the music and allowed everybody else to flourish.

Cameron laid the foundation for each song with samples of instruments and drum tracks of his own live recordings. Kogan would keep a steady bass riff going while Cameron played a beat under it. When the drums came in, the songs came alive. Cameron used the Korg Volca Loop Station to play his pre-recorded samples and drums.

“I started using Ableton Live as a compositional tool by playing different audio clips that I’ve either recorded live or that I’ve already preloaded,” Cameron said.

Chelyapov made great use of microphone placement to create different sounds during their piece entitled “Miserlou.”

At one point he stood two feet away from his mic and began to play the duduk, an ancient Armenian double reed woodwind instrument similar to an orchestral oboe.

Chelyapov would inch closer to the microphone to create a volume swell effect, proving that expensive pedals aren’t needed to create different sounds.

“Djivan Gasparyan was a big inspiration for me to learn [the duduk] because I was so fascinated by its sound,” Chelyapov said.

Later, Bold would show the same microphone tricks; singing above, below and to the sides of the microphone to move her voice around the space of the song, creating a stereo effect in the auditorium.

Bold also showed off her musicianship by making use of a bubul, an Indian stringed instrument.

She began “Mongolian Folk Song” with a solo by using a bow to create a violin effect and added another layer for Kogan and Cameron to play with.

Their final song, “Improve Composition #1,” showed off all of the musicians strengths and it came together in a beautiful climax.

Kogan bumped away with his bass and Cameron laid down a drum beat that made the song feel like it changed to a faster tempo.

Midway through the composition, Chelyapov and Bold began to trade vocal and saxophone riffs, as if they were battling for melody superiority.

It was a wild journey of sounds that audiences wouldn’t expect to sound well together, but 5th Element pulled it off.