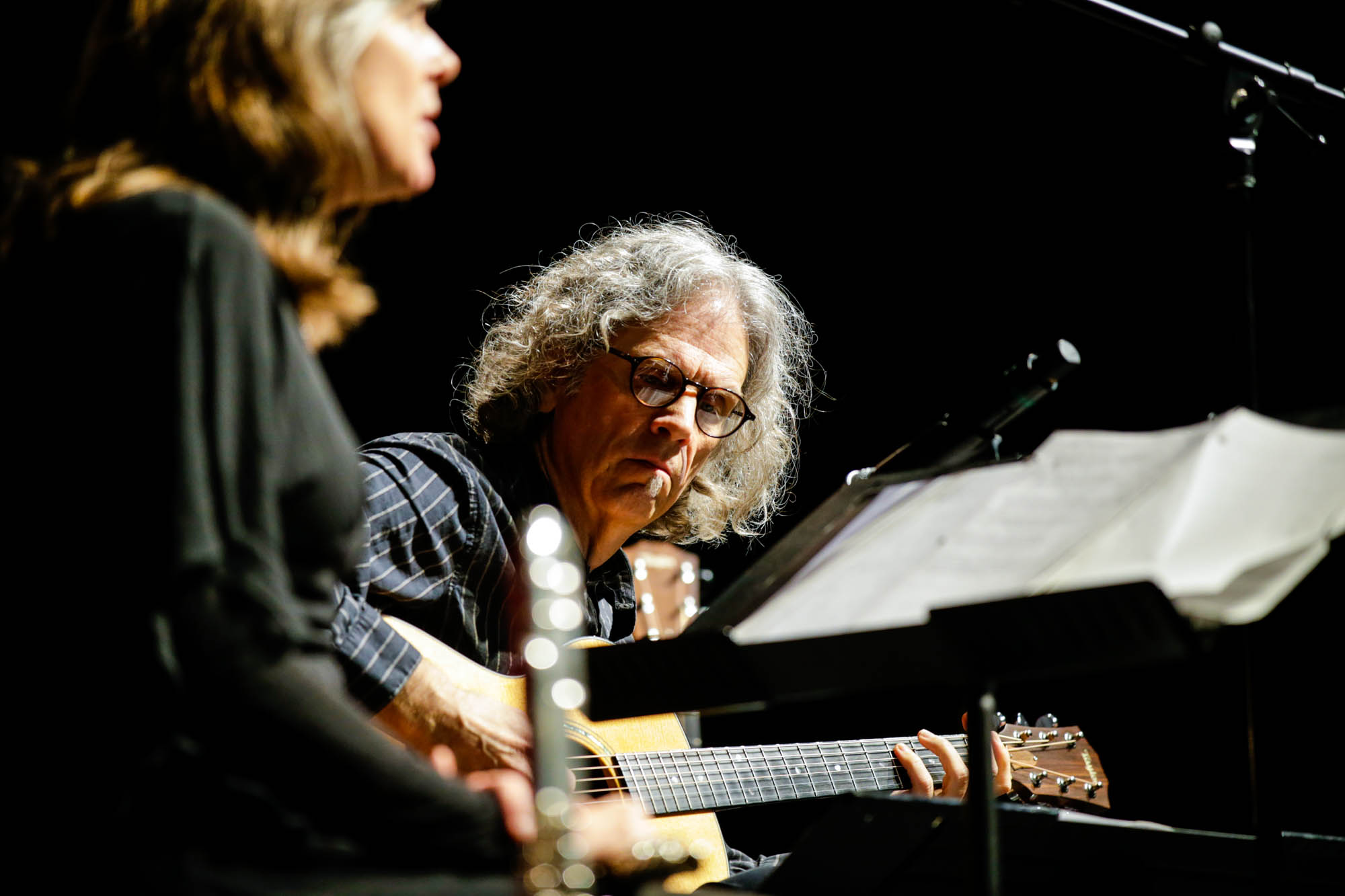 Students escaped the rain and were presented with the enchanting and melodic music of the Sam Hill Duo in the last Thursday concert for the foreseeable future due to COVID-19 preventative measures.

The Sam Hill Duo draw inspiration primarily from traditional folk music from America and the British Isles. Their repertoire includes musical influence from musicians from different genres such as reggae, jazz and blues.

“I have a very large collection of music, a big influence was that whole 1960’s Folk scene,” Hill said.

The duo has adapted traditional songs with lyrics to be exclusively or near-exclusively instrumental.

“Green Glens of Gweedore/The Thatched Cabin” was entrancing and captivated the audience with a conversational piece between the guitar and flute.

With St. Patrick’s Day around the corner, the duo continued with a traditional Irish song, “Harvest Home/The Mountains of Kerry.”

“Hassan’s Dream,” written by Benny Golson, was the third song in the set. It showed the duo’s expansive range and ability to adapt songs to the guitar and flute. “Hassan’s Dream” is traditionally played by a three-piece band made up of an upright bass, piano and guitar.

Osborn showed off her dexterity when she improvised a section of the song. Hill used the body of his acoustic guitar as a percussion instrument while expertly plucking its strings, adding another dimension to the performance of the song.

Hill and Osborn’s arrangement of “Well You Needn’t” by Thelonious Monk sounded like an extension of the previous song. The conversational aspect of the song felt fun and lighthearted, especially when the guitar and flute took turns echoing each other. The synchronization between Hill and Osborn was consistent even in increasingly lively sections of the song.

Osborn then shared why “Come On-a My House,” by Armenian composer Ross Bagdasarian, is a personal song to her and her children.

“I’m married to an Armenian and my kids grew up in the middle of this incredible Armenian love of fruit and hospitality,” Osborn said. “This song was just tailor-made for us.”

Osborn put down her flute for the first half of the song, giving Hill some room to shine. She eventually picked it back up to accompany Hill’s guitar, making the changes between playing and singing quick and unexpected.

“Mothra” and “Nancy of London” were played back-to-back. Its calming nature allowed Osborn to show off her skills on the alto flute, a larger and wider flute with a slightly deeper range. Hill accompanied her by strumming quietly through tempo changes.

Next was Hill’s “Party Upstairs,” a solo inspired by 1920’s folk music with a variety of tempos and rhythms. The song showed off his ability of playing precise slides from fret to fret and finger-picking.

Hill and Osborn then combined the genres reggae and traditional Irish music in their performance of “Irish Jig/Get Up, Stand Up.”

The duo’s final song, “Almost Reels” is an original composed by Hill. It was influenced by Irish folk music, which could be heard throughout the song. Osborn was quick and precise, while Hill was on par with agility.

Overall, the Sam Hill Duo’s musical abilities were in full display during the final show of the ASO Afternoon Concerts series.