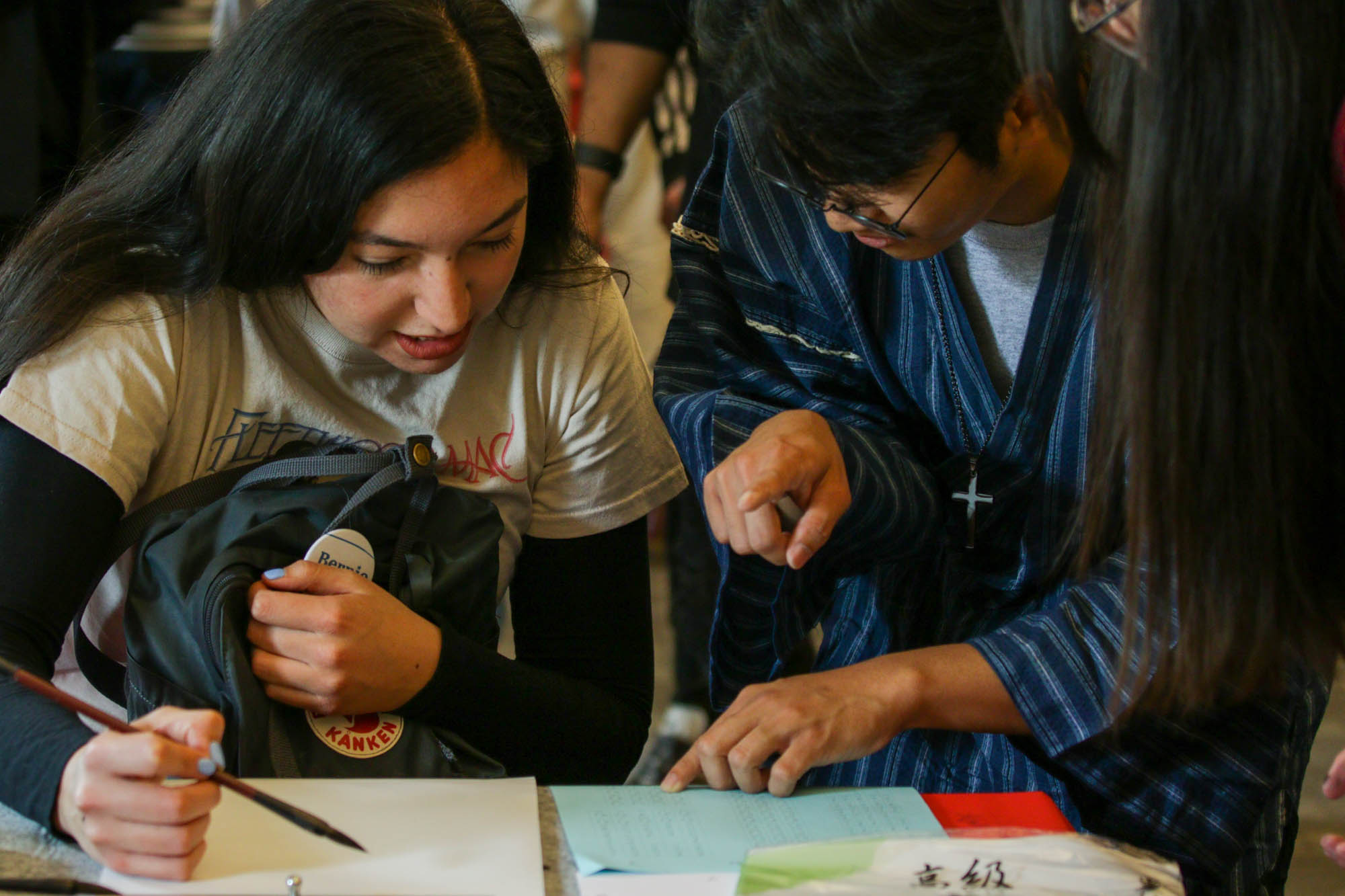 Walking through the Torii gate inside the Great Hall, students and faculty got a blast of Japanese culture such as calligraphy, origami and onigiri rice balls.

The event was part of the first-ever Japan Day brought forward by the Japanese club to celebrate Japanese culture from 11:00 a.m. to 4:00 p.m on March 11.

To enter in a raffle and maximize their experience, students needed to collect all four stamps by participating in presentations, calligraphy, origami and making onigiri rice balls.

There, students learned about culture, wrote their names in Japanese, learned how to make paper cranes and made rice balls to eat and post on social media. By using the hashtag #OnigiriAction, five school meals would be donated to children in need for each picture posted.

At 2 p.m. the Pierce debate team went head to head against a debate pair from Japan.

Pierce debater Jack Koi said he enjoyed the incorporation of Japanese culture for other students to learn and experience.

He said learning the Japanese language also means learning about the culture.

“The panel is able to provide more knowledge and insight about why you should learn and take Japanese classes,” Koi said. “As well as learning a little bit about the culture, about what kind of food we eat, what kind of activities would be like doing as well as our being able to watch old Japanese media.”

The event also held consecutive sub-events, such as an intercultural panel discussion, a bunraku puppet theater presentation, a daiku Japanese carpentry demonstration and a Japanese debater introduction and showcase debate.

Robert Loy, a communication studies professor and coach for his argumentation class, said he partnered up with the Committee on International Discussion and Debate to prepare for the event.

Loy said because Pierce doesn’t have a forensics team at the moment, his students in the class automatically became the debate team for the day.

“We provide a showcase debate, where we have three of our students take on really professional and champion debaters,” Loy said.

Both debate teams presented their cases on whether or not Japan should allow women to ascend to the throne.

Students were also able to experience omikuji, which are Japanese fortune-telling papers used to give people advice and help them overcome obstacles regarding education, work, health and love.

August Paris was stationed at the omikuji table and explained the process of fortune-telling.

First, students and faculty shook a hexagon box to get one chopstick, from many, out of a small hole in the bottom. The chopstick released had a number written on it, which correlates to the number on a stack of drawers.

“You get something from the drawer here, and then that has your fortune in it,” Paris said. “It can be anywhere from very unlucky to very, very lucky.”

Loy said Japan Day was something previously not done at Pierce and was a great way for students to immerse themselves in the culture.

“We’re really excited to see the turnout and we hope to do this again in the future,” Loy said.