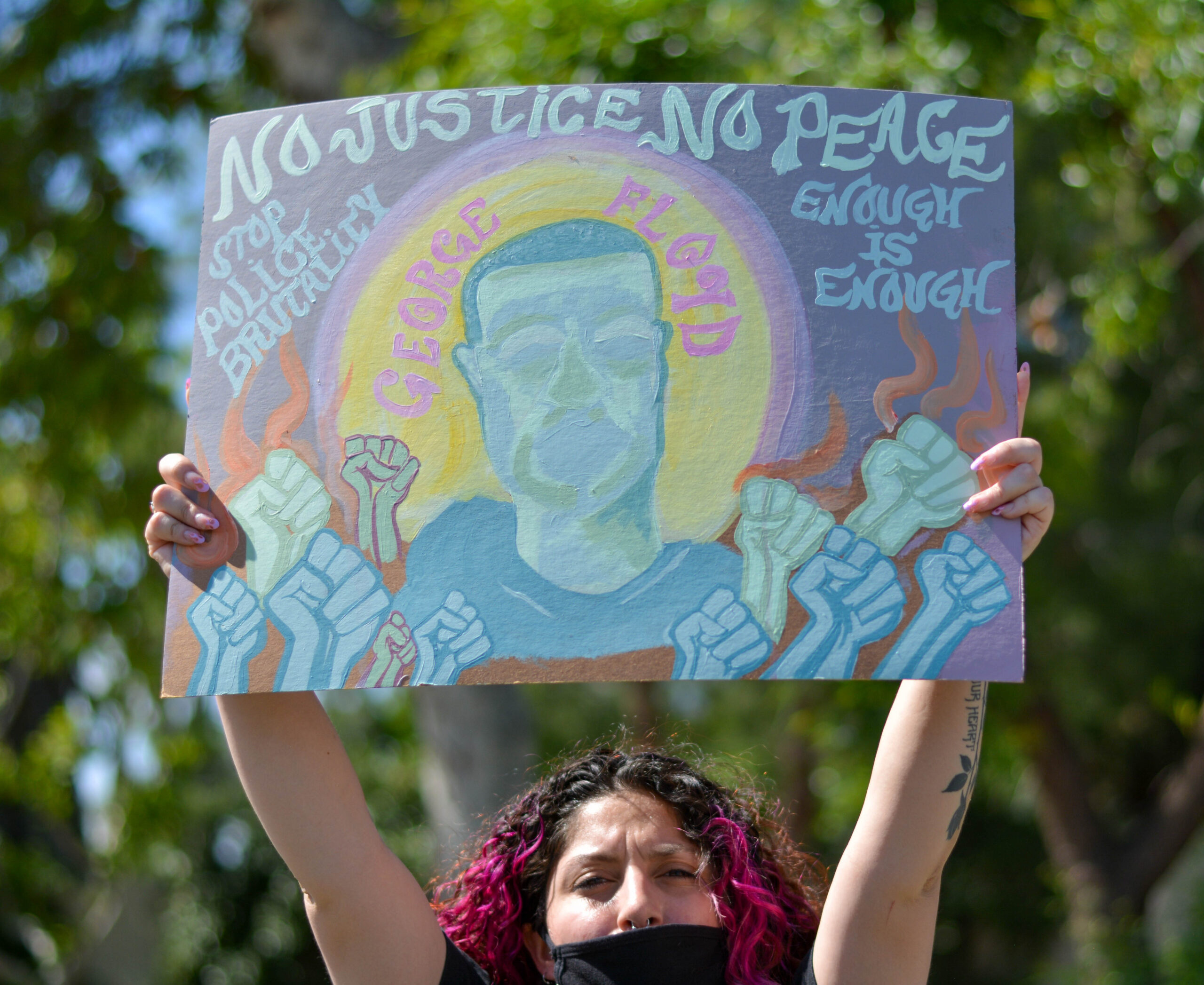 About 70 people attended a demonstration in support of Black Lives Matter called Orange Aligned in Woodland Hills on June 3.

The event began at about 2:30 p.m., after social media posts raised awareness of it, and ended with a prayer at about 5 p.m.

Demonstrators first gathered at the parking lot at the Pierce College Station of the Metro Orange Line. There were no acts of violence at the event.

San Fernando Valley locals Emily Alvarado and Samson Tupuola organized the event and said they were motivated by their faith and the deaths of George Floyd, Breonna Taylor and Ahmaud Arbery.

“We just think by entering prayer, we’re aligning with god and aligning the people to this mindset for the heart to be aligned in what’s really important—not the hatred, but the love and support we can give to Black Lives Matter,” Alvarado said. “Opening in prayer is just essential for us.”

Tupuola said it takes more than just words to change the current political climate. He said before the protest began that he hoped for divine intervention.

“We’re really hoping that God moves today,” Tupuola said. “We are people of faith, we are children of faith and we’re so expectant for what god is going to do. We’re here with god and we’re expecting god to move, even through the silence, that god would speak.”

“God’s been fighting oppression,” Tupuola said. “He is for the people that have been oppressed.”

Tupuola, a Samoan person, said he stands in solidarity with Black people.

Protestors held signs and walked down the sidewalk along Victory Boulevard from Winnetka Avenue to De Soto Avenue and back. People also stood on the sidewalk to face the passing cars.

“I don’t like how there’s a Black Lives Matter and there’s people that say ‘all lives matter.’ But no one’s actually talking. They’re just yelling,” Robinson said. “To get to a better understanding of everyone, we just have to start talking.”

Alvarado said her hopes for the event were to be peaceful and to open up a conversation.

“We were just moved by all the things that we’ve seen in our nation and we just wanted to bring that to the community in a peaceful manner to let them know that their voices are also important and heard,” Alvarado said. “We just want to make that space for them to just show that we care and we support our Black brothers and sisters.”