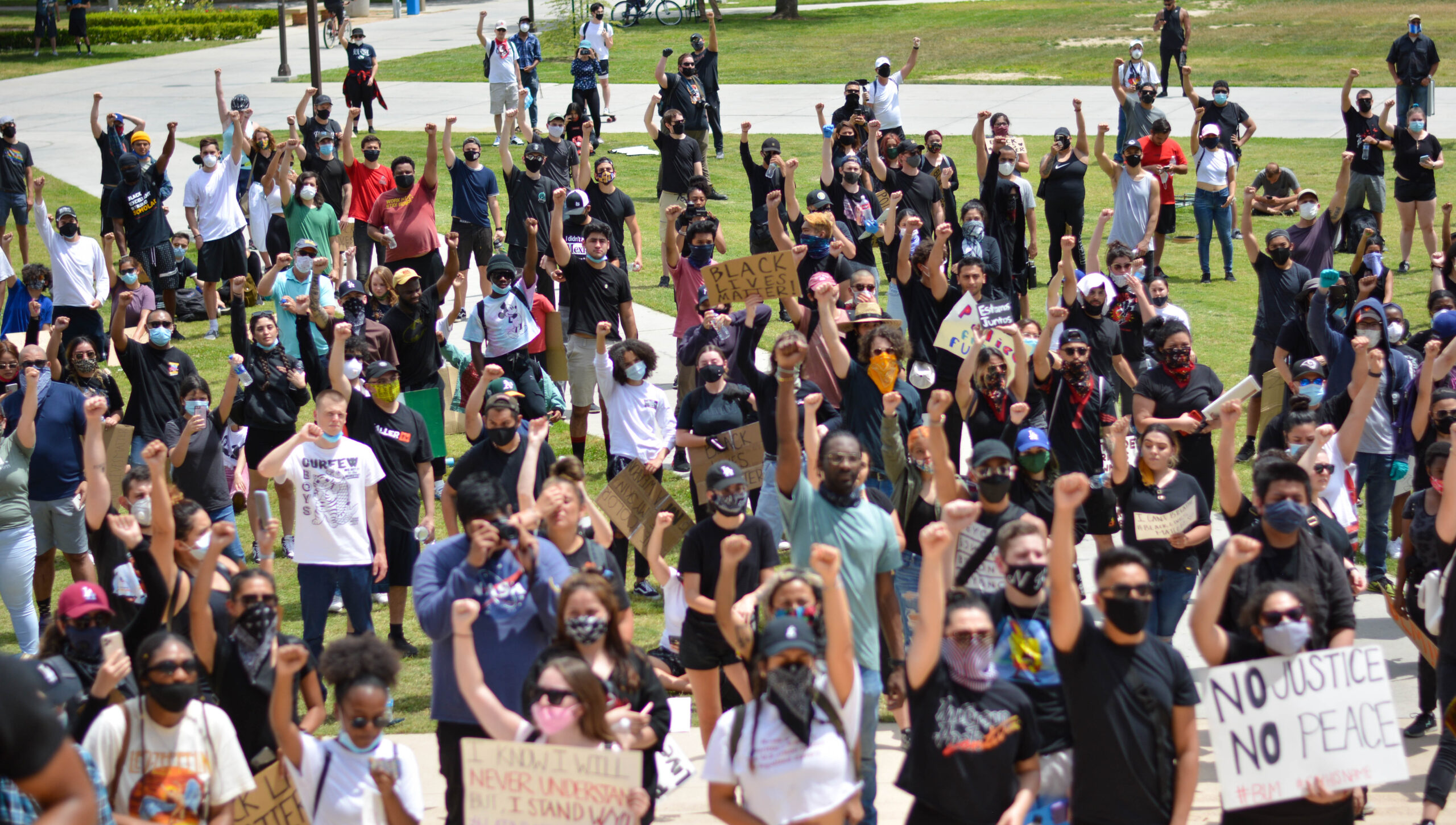 People held signs, chanted together and gave speeches on the steps while using a megaphone. An audience gathered at the lawn in front of the library, and organizers let people from the crowd come up to the steps and address everyone.

Police were parked in the area. There appeared to be no acts of violence.

A series of social media posts notified people of the event.

Carrolee Logan, part of Northridge BLM, said the history of institutional racism in America motivated the group to organize the protest.

“We built this country and we deserve so much respect,” Logan said. “But because we came here as slaves and that’s all they wanted us to be, they didn’t expect us to rise as a people. They didn’t expect us to overcome and conquer our situations. But at the end of the day, we know we’re on the right side of history.”

People tried to get police officers to show solidarity with them, but Logan said the officers declined.

“It makes no sense that the police cannot kneel with us and show union and show love,” Logan said. “Yet they can knee on a man’s neck for nine minutes until he dies.”

Northridge BLM asked lawyer Jaaye Person-Lynn to be at the event. Group members met Person-Lynn at a demonstration covering Santa Monica to Venice.

Person-Lynn said he was honored to be at CSUN and wants people  to gain the motivation to enact change.

“I hope they understand that they have power,” Person-Lynn said. “They have power in unity, even at a young age.”

Matthew Nielsen handed out supplies including water, peanut butter and jelly sandwiches, napkins and hand sanitizer. Nielsen ran out of water bottles and was able to give out all the sandwiches by the end of the event.

“I feel it’s my place as a white person to do the most I can to stand by black people and all people really,” Nielsen said. “I can’t miss these anymore. There’s too much that needs to change.”