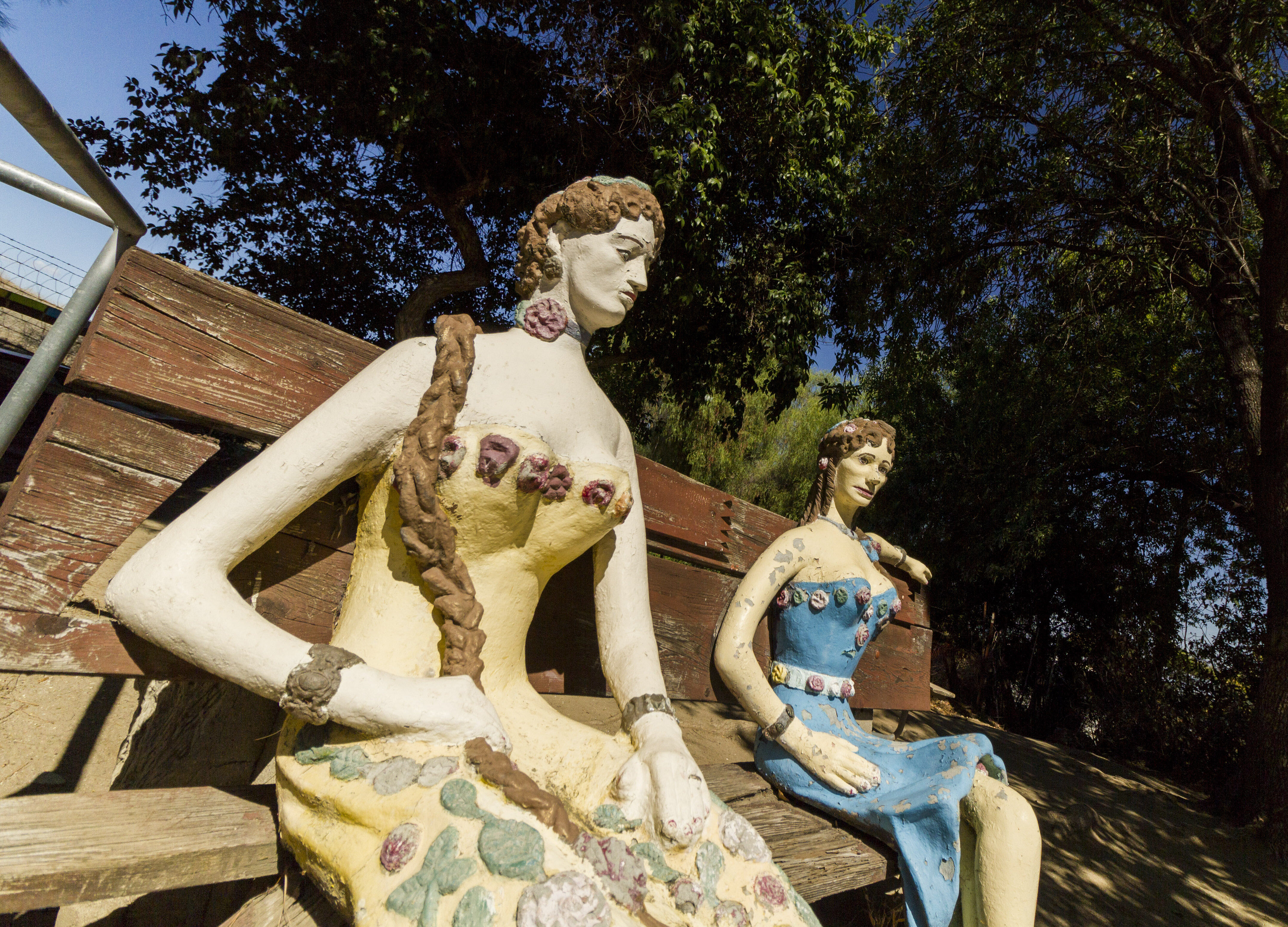 As racial tensions in the U.S. continue to grow, I would think that Pierce College would want to eliminate any chance of one of their own students feeling uncomfortable or being insulted on campus.

Yet, Old Trapper’s Lodge, a singular collection of western folk art sculptures located in Alvin Cleveland Park near the farm next to the El Rancho parking lot on campus, remains on the campus.

This is odd because the collection has consistently been the subject of much interest due to the fact that some of the statues clearly depict Native Americans in a horrendous “savage” like frenzy of rage and murder.

The second statue depicts an Native American trying to kidnap a white woman who is barely covered in red cloth, who appears to be yelling and clawing at his face to get away with the word “Kidnap” branded at the base of the statue with agonized faces scattered along the bottom.

Now, I would hope that I wouldn’t have to explain how exactly this collection promotes fundamental racism, and that it is extremely inappropriate to have something that depicts something of that nature on a campus meant to inspire creation and knowledge of the true history of the world, but there is a special reason that this collection is allowed to merely exist.

Old Trapper’s Lodge was deemed California Registered Historical Landmark No. 939 when the collection was threatened to be demolished when expansion plans had no intentions of preserving the crude statues.

Now why would they go and make it a landmark? It is said that the collection represents the life work of John Ehn (1897-1981), who was a self-taught artist who dedicated his life to share this sense of the Old West that he took from his personal experiences and myths passed from city to city.

Lynn O’Shaughnessy wrote in the Los Angeles Times “The fuss over Ehn’s work is noteworthy because some people might argue that it is not art. To the uninitiated, the artist’s creations do not look as if they belong in a museum. Ehn’s work is not fine art, but folk art.”

If this is understood to be not only disrespectful but inappropriate for a family-friendly community college, why can’t the campus move the collection to a more appropriate resting ground for Ehn’s work?

Why must our students have to be on the same grounds and something that promotes the divide among races and plants seeds of racism in the minds of the generations to come?

I think that housing this monstrosity is something Pierce College needs to consciously consider moving forward because people will look back on these days and I’d like to say we were on the right side of history.