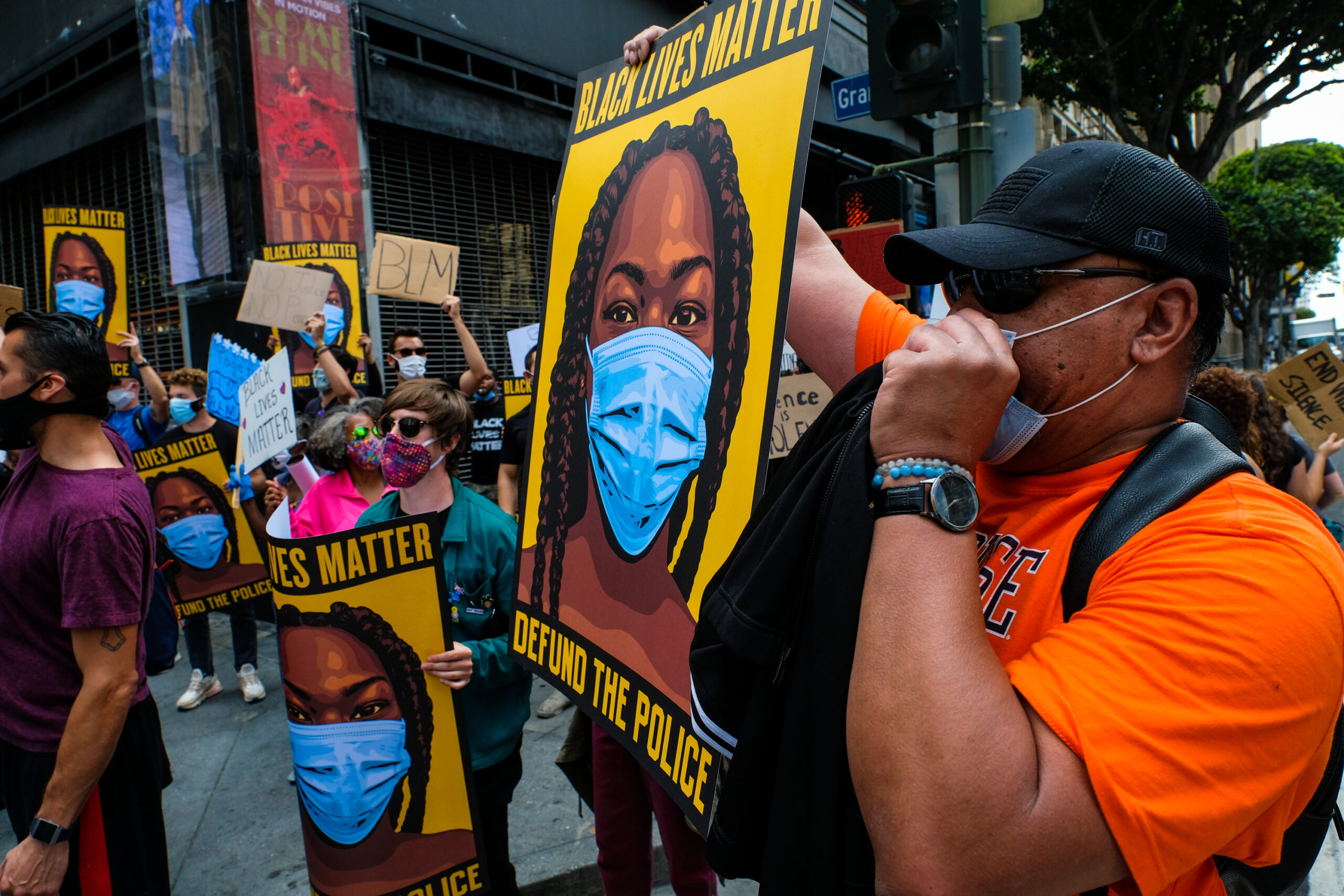 Over 100 students and faculty from LACCD marched 2.4 miles from LATTC to Los Angeles City Hall. Many people showed their support by honking their car horns, taking photos, offering free water and raising their fists as protestors marched.

LATTC Dean of Student Services Dimitrios Synidinos was in front of the protests during the entire march and guided them through the right path.

Synidinos said he felt it was important to be there to keep his students and faculty safe.

“Since 1992, no change has happened,” Shirle said. “We are still being abused, brutalized and mistreated in the streets.”

Shirle led chants of “No justice, no peace,” “Black lives matter” and “I can’t breathe” throughout the march.

Homeless people, security guards and retail workers also joined the chants as the march passed by them.

First year student Latina Turner said she felt that the Constitution was built for African-American and minority failures.

“We don’t have equal opportunities and it’s time for a change now,” Turner said.

ASO Secretary Nia Smith smiled as she ran down the list of each LACCD school and at least one person from each college shouted.

Shirle said he felt that progress is being made but goals are yet to be accomplished.

The march was organized by Los Angeles Trade-Technical College ASO.