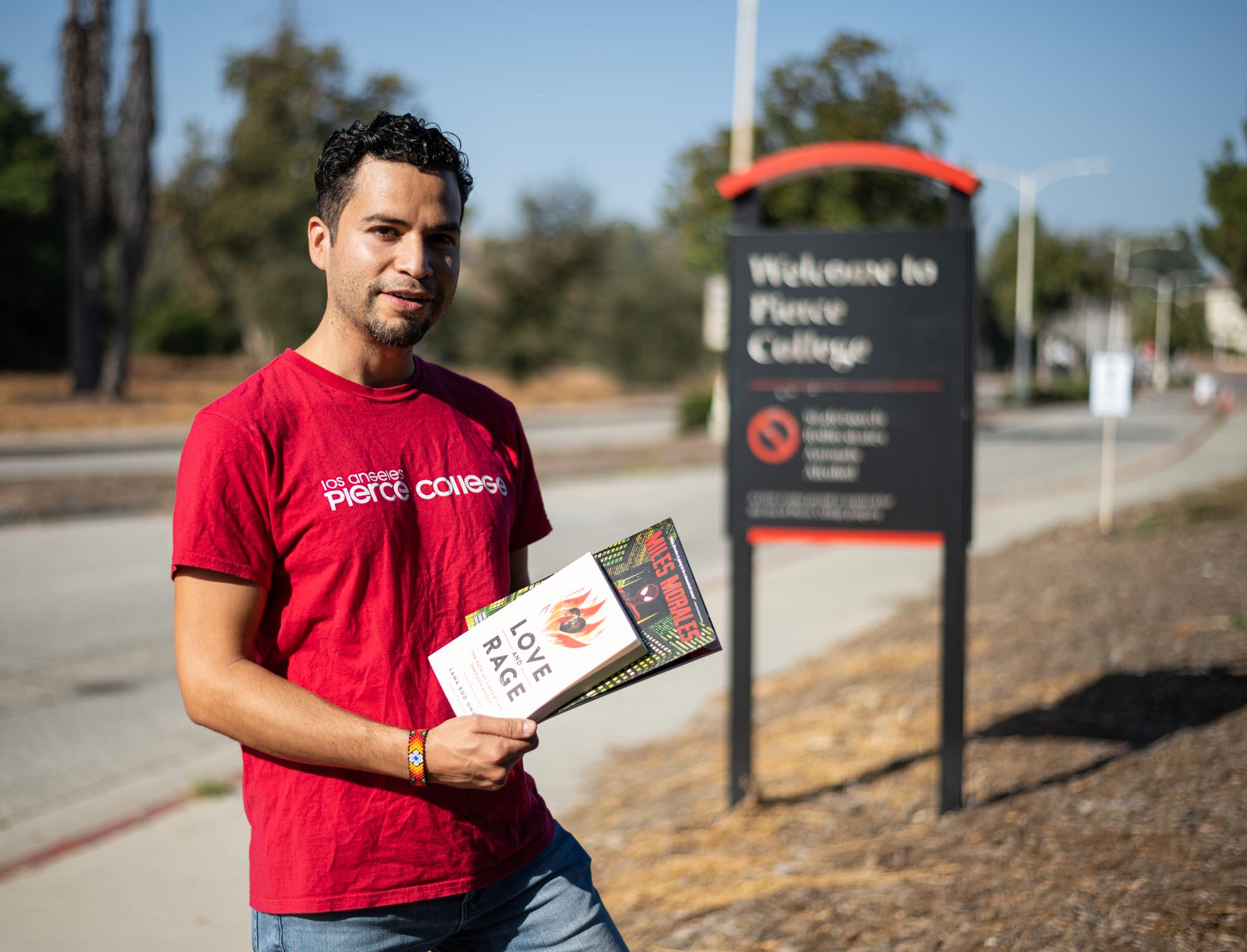 People often think of librarians as quiet people with their heads buried in books, but there’s one librarian who’s as savvy in the social media world as he is in the Dewey Decimal System.

Mario Macias connects the Library / Learning Crossroads to the rest of the world by managing its Instagram page.

Macias has worked at the library for five years and was the first Latino librarian to be tenured at Pierce.

While managing the social media page, he has connected with students and representatives of the Associated Students Organization (ASO), such as Sierra Bledsoe, who is the student advocate for the Diversity Committee.

He’s noticed the importance social media has on student engagement since the shift to online learning.

“I’ve grown to value that type of outreach, even though it’s never been formally supported.”

In a Zoom interview, Bledsoe talked about how she connected with Macias last semester when Macias was an unofficial member of the committee. After becoming an official member, Macias has been bright and energetic coming into meetings.

“We really connected very well because I had so many ideas and then he was just kinda like the right hand,” Bledsoe said. “He was like, yeah, let’s do that.”

Co-chair of the Diversity Committee Michael Habata explained in an email interview that Macias started attending meetings about three years ago and slowly became more active during the spring semester of this year.

According to Bledsoe, Macias had the tools to help bring her initial idea of the Instagram account to life. After a couple of weeks, they already had 113 followers.

“That’s why I was saying that we worked hand in hand because I wanted these things done,” Bledsoe said. “I just didn’t know what tools to use, and he brought those tools to me so that we can use them and work with them.”

In addition to the Diversity Committee, Bledsoe uses the tools provided by Macias and applies them as Publicity Committee chair.

Macias’ wants to help get students involved with the Diversity Committee and other student services by sharing the skills he has learned.

“I’ve been trying to use my skills and talents of coordinating social media…and trying to share those skills and wisdom, or just emotional support to the other student services who are also active on Instagram.”

Macias’ goal as a member of the Diversity Committee is to gain more engagement from students through social media platforms while providing a space for students to interact with the services provided by Pierce College.