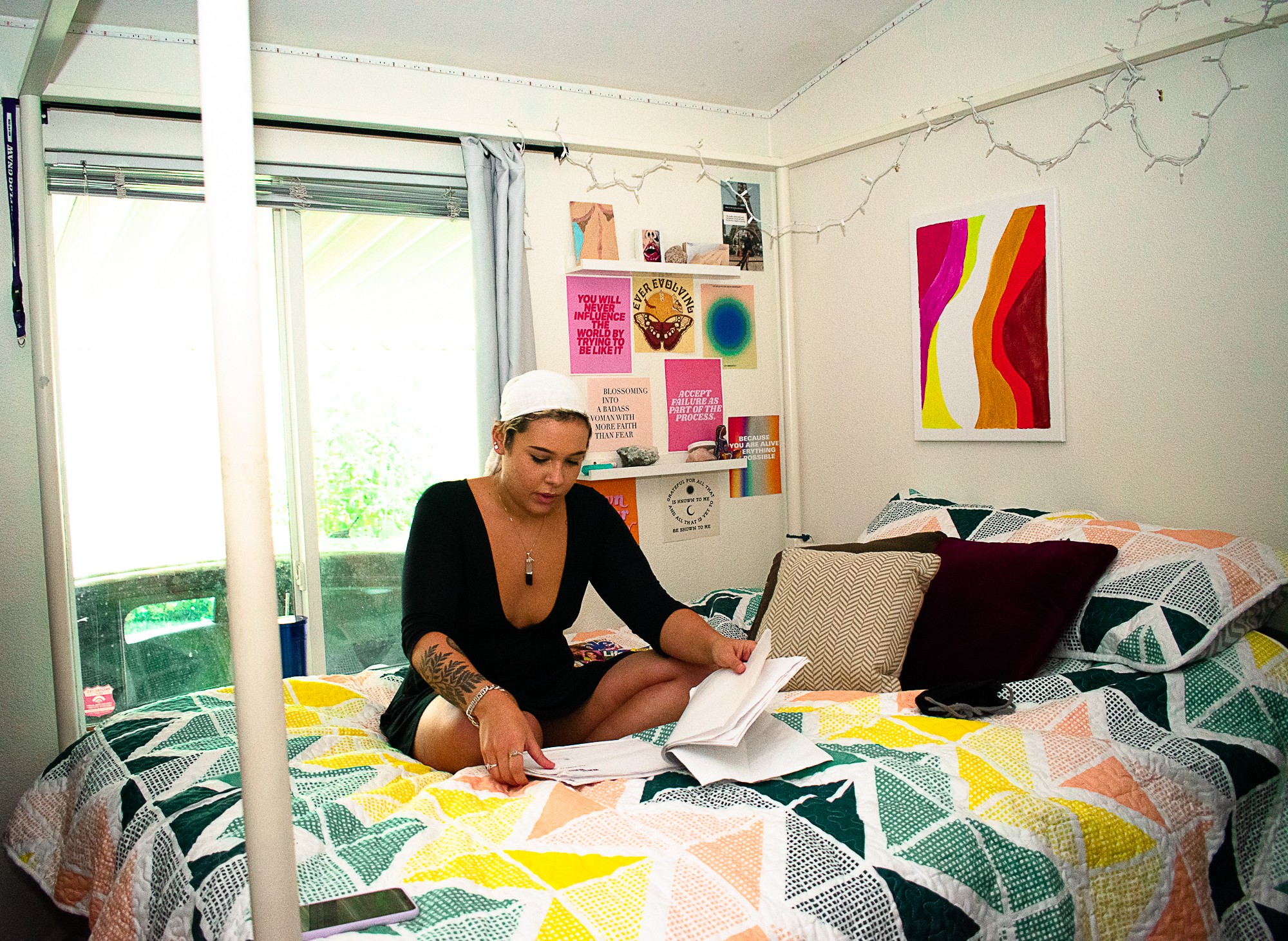 Performing live shows, attending dress-rehearsal and experiencing the joys of an audience’s applause are now a thing of the past for the Theatre department as they settle into an online platform.

All productions have been performed live through Zoom webinars because campus is closed.

Gend said that although it’s an exciting and new experience, performing a live play comes with many downsides.

Gend also explained that interacting with the audience has been another obstacle they have been trying to overcome. Usually at theater shows, the actors are able to interact with the audience, making the experience more entertaining and interactive.

Gend said that they have been trying to make the best of Zoom’s features and possibly use the chat box so that actors can connect with the audience.

“Our biggest challenge right now is coordinating with our audience through Zoom,” Gend said. “How to set their screen up, just so it feels much more presentational. During the play, the chat window is open the entire time so that the audience can respond.”

Actor Manon Guijarro explained that performing online has been a struggle.

“We’re still learning how to work through zoom and having to push through,” Guijarro said. “We have to keep our composure doing live theater with experiencing technical difficulties.”

“We actually inspired a few other theater departments on how to proceed doing live theater on zoom,” Guijarro said. “It was an amazing experience that many won’t get the chance to feel.”

Gend said that actors likely prefer being together on stage because they miss the social interaction.

“I even noticed students in my class log into zoom early to say what’s up, what’s going on,”Gend said.We are trying to give our students as many opportunities to get that communal experience.”

Sherazade Irani, the assistant stage manager for Pierce’s production, says that she believes actors are adaptable to these kinds of abrupt changes.

“To be an actor, you need to be really adaptable to these things,” Irani said. “I personally think they are doing a great job. Using this art to describe how they feel and put themselves out there, even though it’s through a webcam.”

Irani explains that this was her first production and it was a strange experience for her because she was unable to meet with her fellow actors.

“Being an assistant stage manager for an online production was a weird experience,” Irani said. “We no longer have prop designers for the actors, so now they have to get stuff from their home or we can give them the stuff.”

Irani explains that the teamwork process has also changed because of the online transition. Theatre production involves face-to-face collaboration and Zoom complicates that interaction.

“All the teamwork in theater is really whittled down,” Irani said. “It’s just you and the actors now. There’s no lighting design, there’s no scenic design. It’s what actors can do for themselves.”

She also expresses that the lack of connection is something that bothers her as well. It’s different to be in person than on a zoom with your castmates, which Irani explains.

“Like the whole part of theater, it’s just one whole collaboration,” Irani said. “If you’re just face-to-face for these allocated zoom times, you can’t receive anything back, you can’t gain any real relationship.”