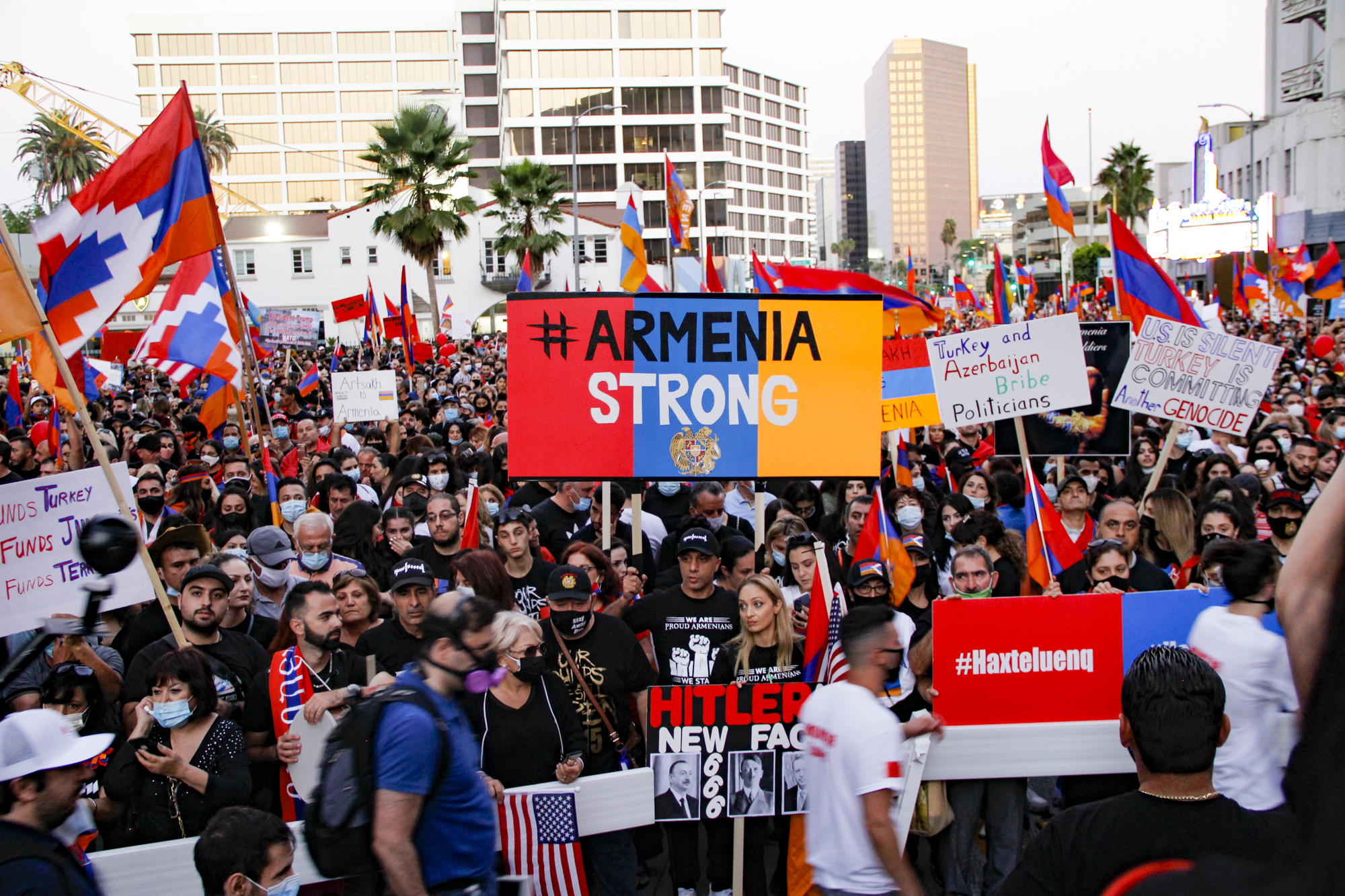 The streets of the Mid-Wilshire section in Beverly Hills were filled on Oct. 11, 2020 with thousands of demonstrators rallying for the “March for Victory” protest in support of the Armenian community against the Azeri-Turkish aggression.

Fighting continues over the disputed region of Nagorno-Karabakh, resulting in numerous military and civilian casualties. Nagorno-Karabakh, also known as “Artsakh,” is recognized as part of Azerbaijan territory but populated and controlled by Armenians.

The march started at the Pan Pacific Park on Beverly Boulevard in Los Angeles and ended near the Turkish Consulate on Wilshire Boulevard in Beverly Hills.

Cousins Ani Chivchyan and Varsenik Meschyan, residents of Glendale marched to show their support for all Armenians and to raise awareness. It is important for them to have their opinions heard.

“My grandma lived thru the 1915 genocide. Watching this unfold again is very traumatic for us,” Meschyan said. “We are united, we are strong, and we will win.”

“We want recognition for the 1915 genocide, and we want Turkey to be accountable for it,” Chivchyan said. “We want Artsakh to be an independent country.”