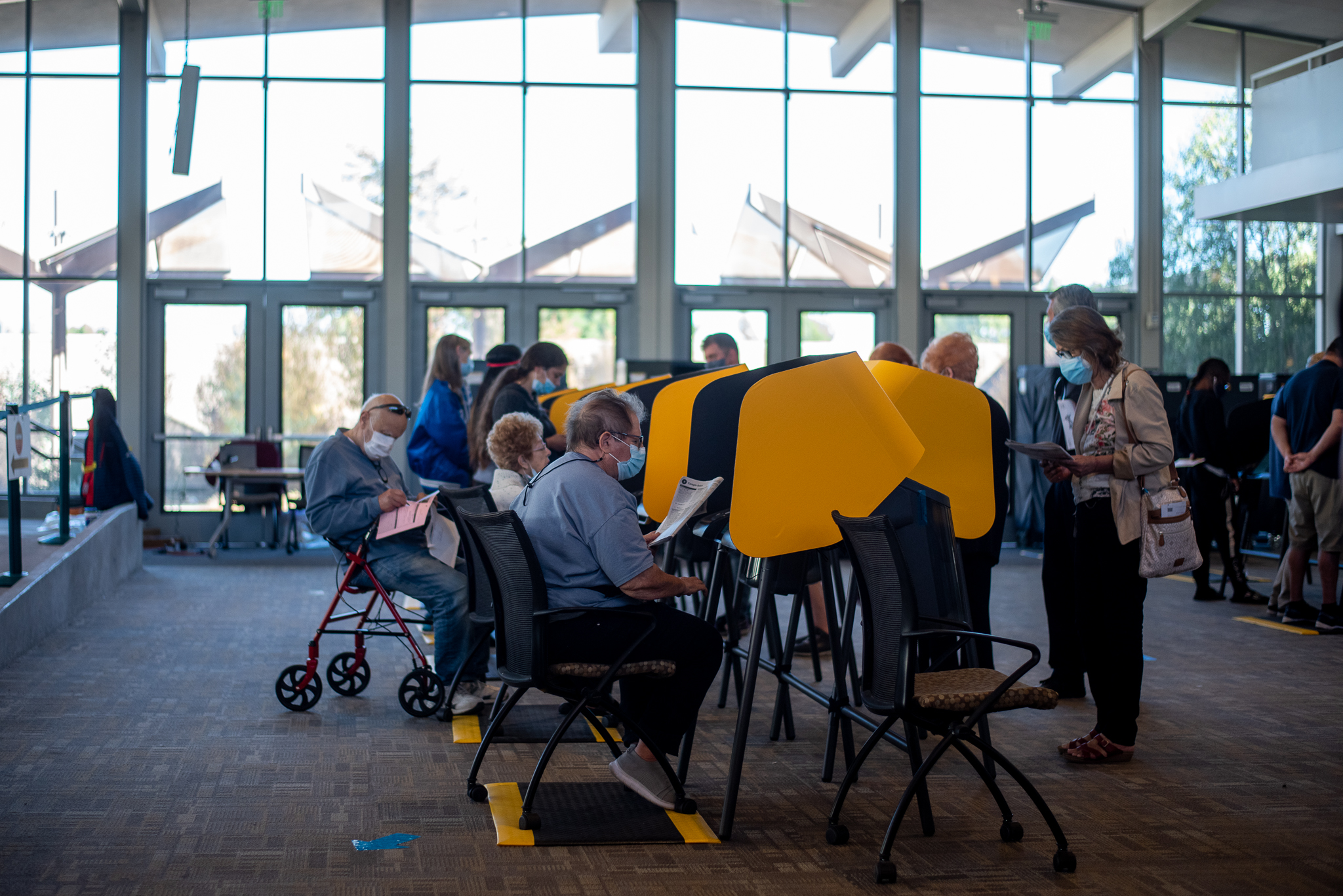 There are now more options to vote on campus. In addition to the ballot box on Winnetka Avenue and Victory Boulevard, the Faculty and Staff 600 Building has again been converted into a voting center.

Pierce is also offering curbside voting for those who cannot physically reach the voting center. A vote center worker will assist the voter and bring voting materials directly to them and place their ballot in the box, according to the Los Angeles County Clerk website.

President Alexis Montevirgen said having the center has been great. He said he was impressed and happy to see that when he went, the line was around the library stretching into The Mall.

“I’m very pleased at the turnout, the civic engagement,” Montevirgen said. “I think that the message is out there, that this is a crucial and critical vote and election.”

Montevirgen encouraged people to take the initiative to vote and to take the time to inform themselves on the propositions and candidates.

About 16 volunteers were there to assist voters. Several voters in attendance said that going to the center was easy.

Nick Lane went and said he encourages people to go because their vote matters.

“There’s really no room to b*tch if you don’t vote,” Lane said. “I understand there’s a million people out there voting. What’s one more vote going to do? It could do everything.”

Lane said he voted early to make sure his ballot gets counted.

Brendan O’Shea grew up in Woodland Hills and said he visited the voting center at Pierce because it was the closest one to him. He encouraged people to exercise their right to vote and said that the center followed safety protocols.

“I voted because it’s probably the number one most important principle of this country to have free and fair elections,” O’Shea said. “The Constitution says, ‘We the People.’ It’s so important for our determinism to vote in these elections.”

Jeanette Straschewski said that while she struggled while using the technology at the center, she felt her experience was “smooth sailing” because she went early.

“It’s easy,” Straschewski said. “Get out there and do it. Read through the propositions. Go with your gut. Get out and do it.”

Daniel Coyle also said voting was especially easy because he had used the machine before.

“I can’t believe why someone wouldn’t vote,” Coyle said.