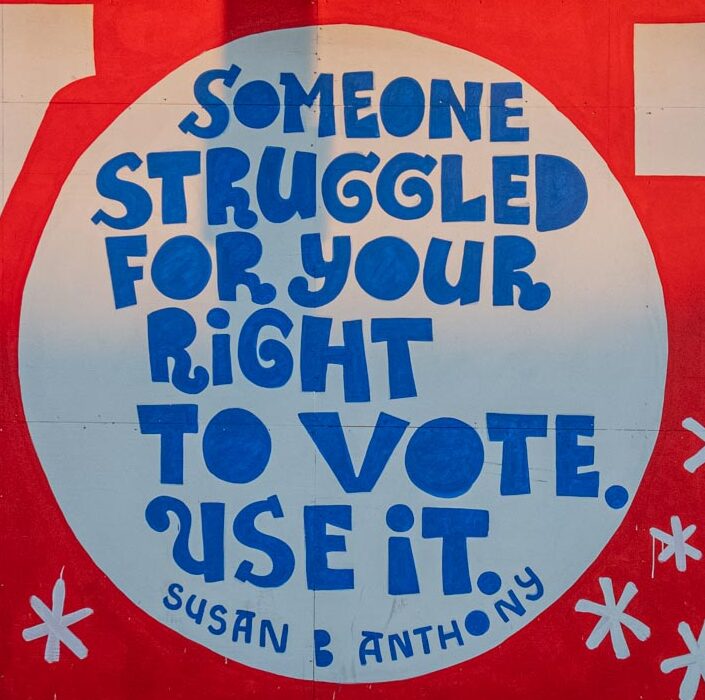 Quotes and photos gathered by: Cathy Pia and Katya Castillo

“I would recommend people going out letting their voices be heard, and exercise their important rights: freedom, free speech and go vote. That is the most important thing about this election.”

“It’s probably the number one most important principle of this country to have free and fair elections. The Constitution says, ‘We the People.’ It’s so important for our determinism to vote in these elections.”

“There’s really no room to b*tch if you don’t vote. I understand, there’s a million people out there voting, what’s one more vote going to do? It could do everything?”

“To make it a better place for my kids. That’s all I got.”

“Every vote counts. It could always be that one vote that may determine what happens.”

“Well, I am voting because I think that leadership is necessary for running a nation, specifically, the United States. This is basically the main reason to vote, and everyone that can vote, should vote. We need a leader. We just can’t leave it out there for people to take advantage of it. So, vote because it’s good.”

“My parents have always been super active in politics – MSNBC is on right now. And so, I mean, it was always going to be an inevitability that I would vote. But, even personally, I care about what is happening in our country, so, you know, voting does matter. So, if I can do anything to help with what’s going on in our lives or less fortunate people, I’ll do that, you know?”

“I am voting because I would like to see change, for everybody. We need some change already. It is good to vote. I never miss to vote, whenever it is the time, I go. I have been voting since 1966. I was living in New Jersey in the beginning and then we moved here. And we continue to vote, trying to do better, much better for everybody, not only for us, for all.”