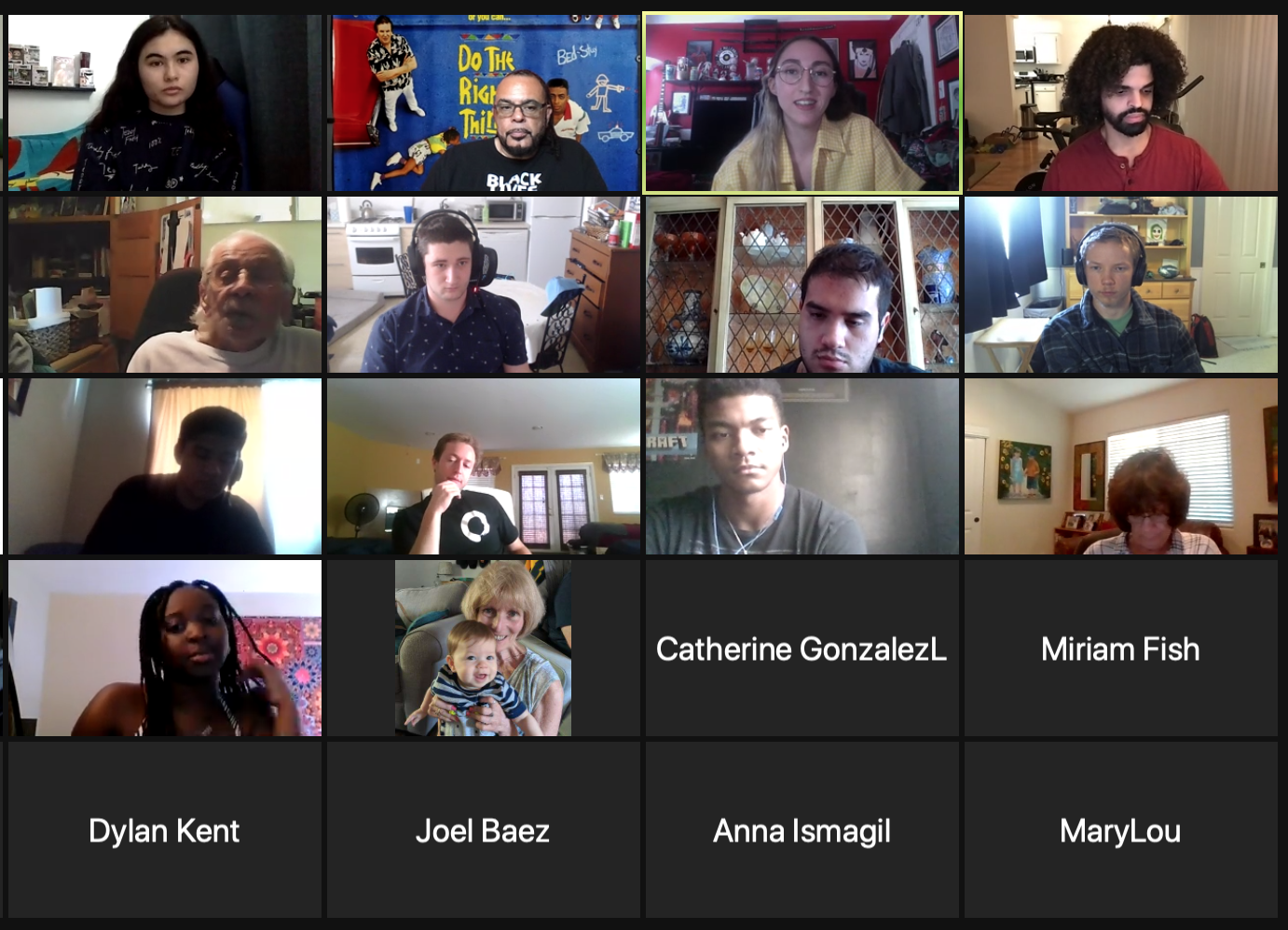 Photos of famous Italian Americans line the Wall of Fame in a Brooklyn pizzeria.

This might seem like a normal sight, but what if that pizzeria were in a predominantly Black neighborhood? Should it feature Black celebrities?

This is the premise of Spike Lee’s 1989 film “Do the Right Thing,” which depicts racial tension and explores themes of racial inequality.

Pierce College’s Film Club discussed “Do the Right Thing” on Oct. 21 as part of its film screenings open to the public. The club chose this movie because of its continued significance to current race relations.

Participants were asked to watch the film before attending the Zoom panel discussion.

During the call, participants were able to type questions in the chat for panelists and other participants to answer.

Instructional assistant Sean Collins-Smith was one of the panelists. He said the movie was poetic and full of metaphors and is still relevant despite being 31 years old.

Panelist and film club member Hannah Howell said “Do the Right Thing” was the first Spike Lee film she had seen. This was her second time watching the film.

She said the film brought up the question of what the right way to protest is in relation to the current Black Lives Matter protests.

“The message that Spike Lee opened up in this film really helps guide that difficult conversation,” Howell said.

Lizi Escobar was another student panelist. She said her father would tell her stories about him growing up in the Bronx and its similarities to the Brooklyn neighborhood in the movie.

“It makes a great point of racial divide between Black and Brown and other minorities,” Escobar said.

Panelists and participants also discussed the film’s symbolism and cinematography.

Attendees commented on which character they connected to the most and whether or not destruction of property plays a role in the film and in present-day protests.

The film club will have their next panel discussion on the movie “Selma” by Ava DuVernay on Oct. 27.