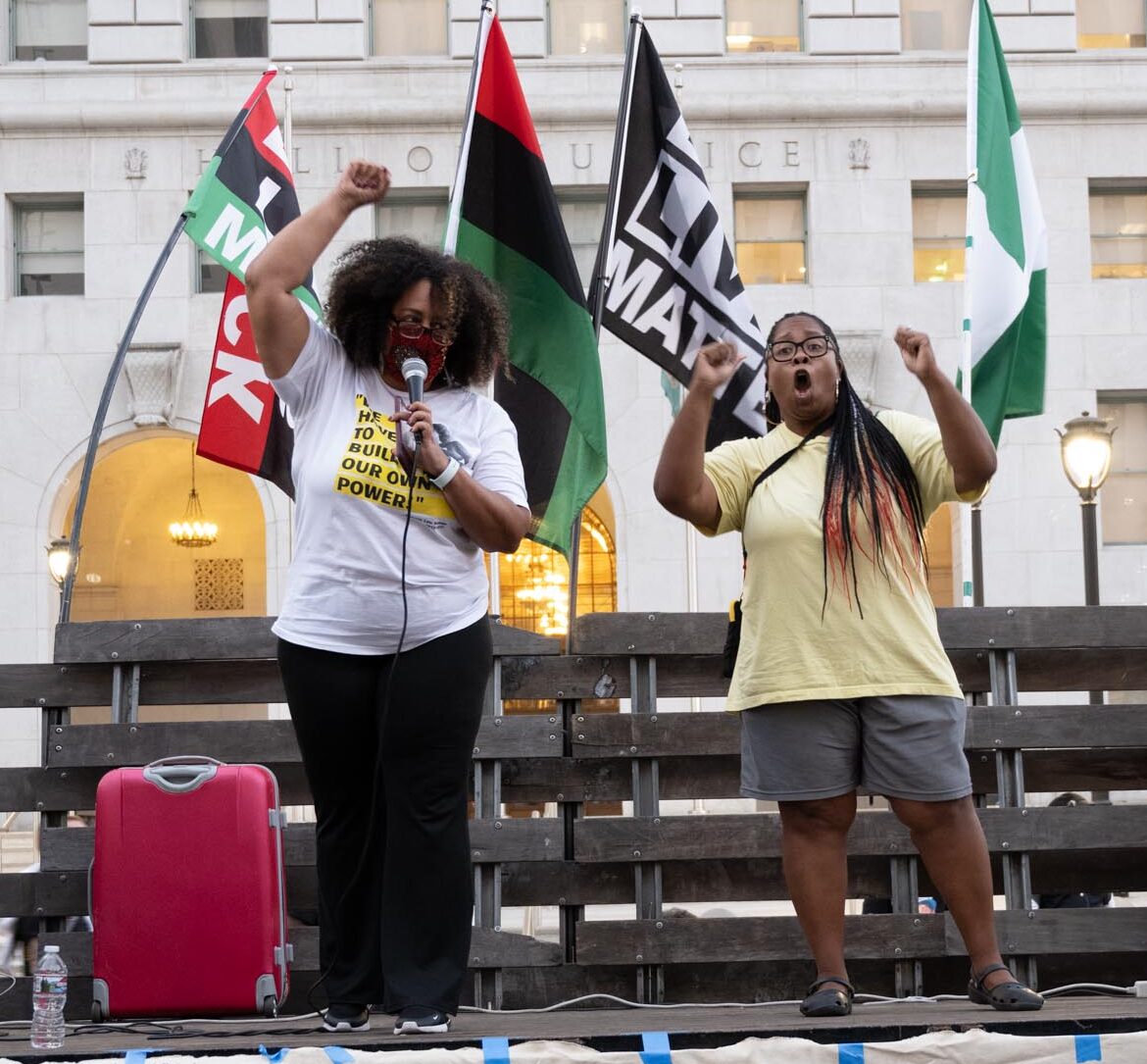 Black Lives Matter Los Angeles organized weekly protests to show support and stand with the families of those killed by police.

One rally cry from these protests was “Jackie Lacey must go.”

The group demanded Lacey step down from her position and accused her of not prosecuting the people involved in the more than 600 killed by law enforcement in Los Angeles county.

After the November election, Lacey was voted out of office. BLMLA organized an event on Nov. 4 in front of the Hall of Justice in downtown Los Angeles to celebrate the two-term incumbent’s loss to George Gascón.

Organizers opened the event with prayers for the people who lost their lives. Multiple speakers, including relatives of victims, spoke about police brutality in front of hundreds in attendance.

The Los Angeles Police Department cleared the street and blocked the streets from traffic. No acts of violence occurred at the event.