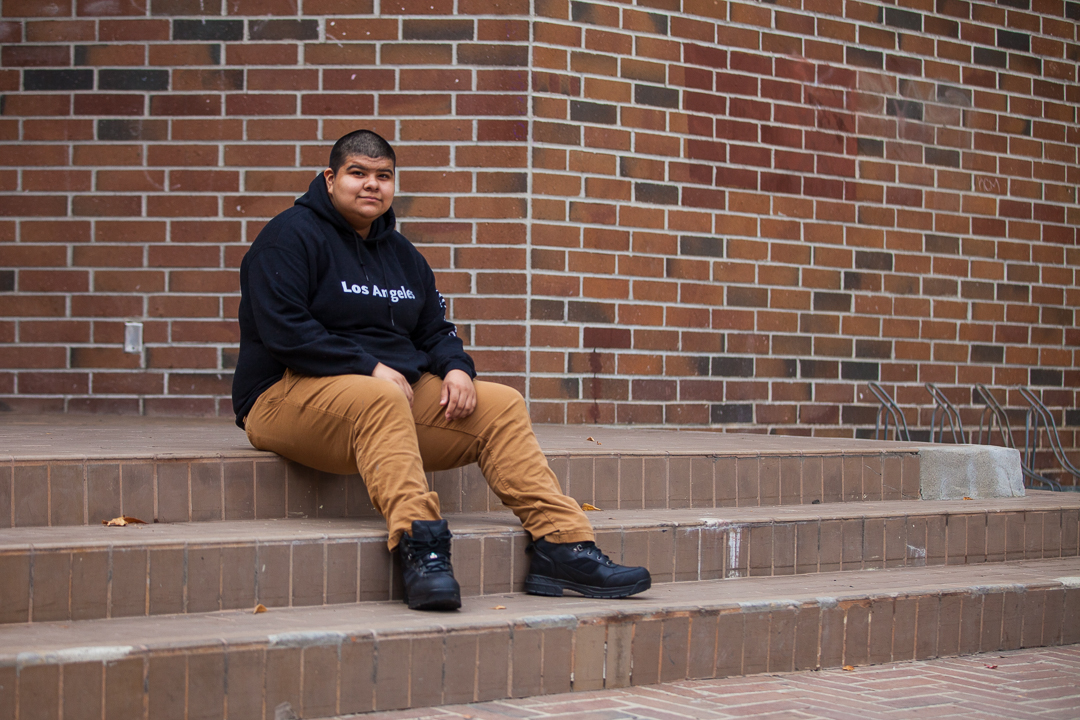 Many people consider football to be a man’s game. Hardly are other genders represented on the gridiron.

But for Secilia Rosales, those statements don’t apply.

Rosales, who identifies as transgender, wants to break stereotypes and cement a spot on the final roster for the upcoming season if athletics resume on campus.

“Everyone is going to have their opinion,” Rosales said in a Zoom interview. “If those opinions are negative toward me I just put it to the side. They are making themselves look bad and I see myself as the bigger person.”

Rosales is not bothered by other people misgendering them because they lack knowledge.

Rosales said the passion for the sport goes way back.

“The first time that I watched football, I was so invested in it,” Rosales said. “I wondered if I was able to get into a team for males. It was hard since I was in middle school and LAUSD works in their own ways.”

After talking to a Pierce counselor, Rosales learned both men and women can try out for football.

Rosales said the practices have been different and mentioned the obstacles in doing the workouts because the team can’t use their facilities.

“It’s been hard since I don’t have much equipment at my house,” Rosales said. “I have to use what I have and improvise.”

Rosales said that taking classes online during this semester has been challenging and prefers to be in-person since there are fewer distractions.

Los Angeles County is still in purple, which is the most restrictive tier. That, however, doesn’t stop Rosales’ optimism from growing.

“We just have to follow the regulations that the county has put on us and until then we have to wait,” Rosales said. “I heard there may be a chance that we play and I hope we get a chance to do so.”

Rosales had conversations with interim head coach Anthony Harris via email and said there has been nothing but support from the program.

“I was expecting for him to be a little skeptical because I’m a female,” Rosales said. “But when I told him, I was trying out for the team I wasn’t expecting all the kindness I received not only from him, but the other coaches.”

Harris in a phone interview said he’s all in for Rosales trying out for the team.

“I don’t see a problem at all,” Harris said. “The other players have been very welcoming. If any player can put in the work, I wouldn’t hesitate giving them a chance.”

Harris recalls in his playing days that he had a female teammate who was a kicker. Harris said that there are huge differences in being a kicker and trying out for defense.

Interim Director of Athletics Susan Armenta in an email wrote she welcomes the opportunity for any athlete to pursue their dreams. She said this will open more doors for diversity.

She recommends Rosales not listen to the naysayers.

“A core value of Pierce College is to provide enrichment through cultural diversity and our goal is to engage students in opportunities that lead to equitable, inclusive experiences,” Armenta wrote. “Our coaches at Pierce are supportive and I know they would welcome any student-athlete that has the drive, the talent, and the dedication to play their sport.”

Defensive Tackle David Tucker said in a phone interview he is happy that football is both racial and gender inclusive.

“It is great to have Secilia as a teammate and see history unfold before our eyes,” Tucker said. “Hopefully all of us can show our talents when we step on the field hopefully in February.”

After playing for Pierce, Rosales wants to go to the Marines and has no plans of attending a four-year university.

Rosales gave a message to those who want to tryout for a male sport but can’t because they might fear discrimination.

“Don’t give up,” Rosales said. “Keep trying. At the end of the day, they don’t know how good you are until they give you an opportunity. If you really want to play that sport, fight for that spot and prove people wrong.”