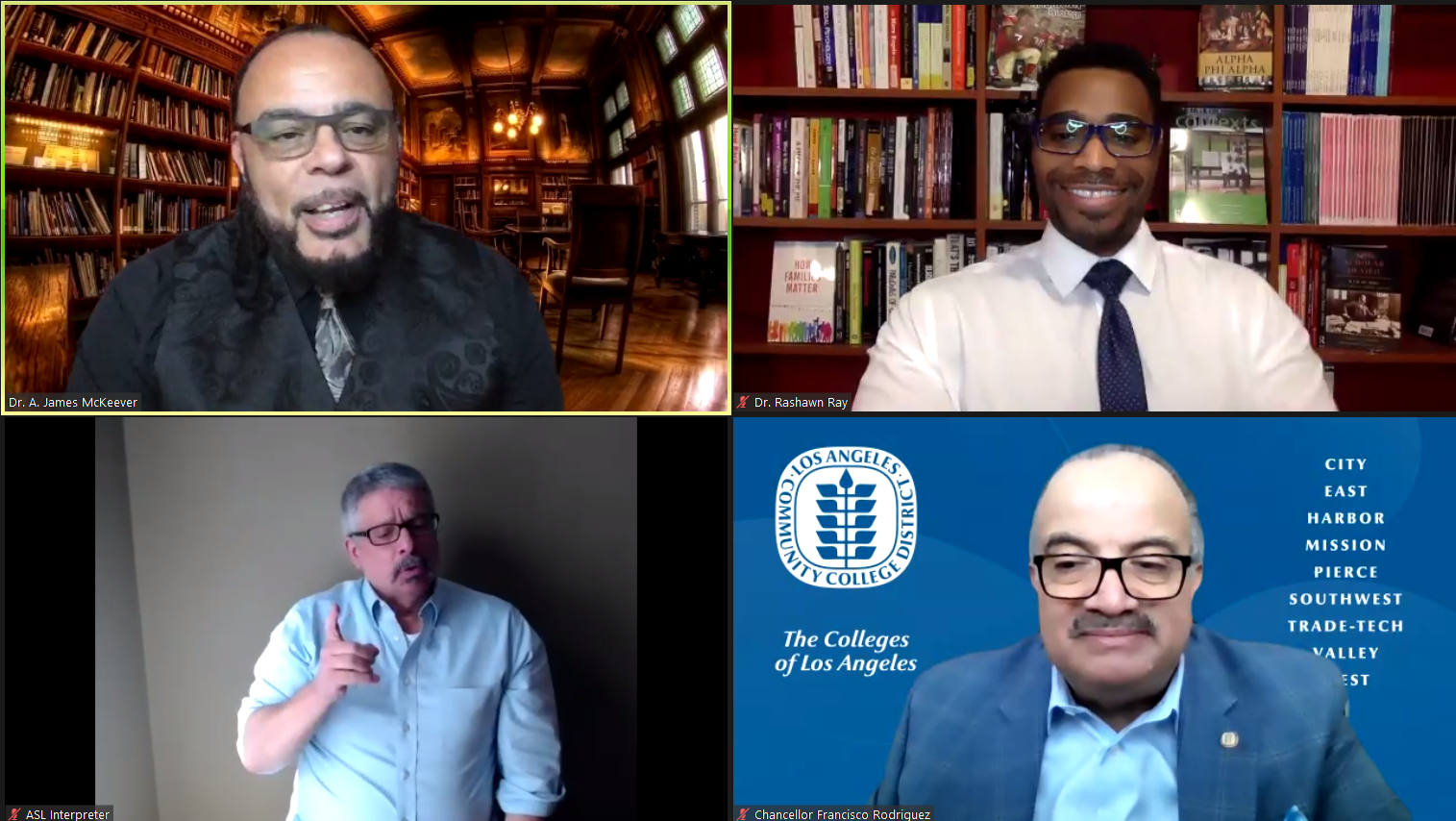 The Los Angeles Community College District hosted the event “Pursuing Racial Equity in Police Reform” on Nov. 12 to discuss racial disparities in policing and possible solutions to the issue.

Keynote speaker Rashawn Ray, a professor of sociology and executive director of the Lab for Applied Social Science Research at the University of Maryland, spoke about police profiling Black people.

“Black people followed by Latinos are disproportionately more likely to be arrested, charged and convicted for drug crimes,” Ray said. “However, there really aren’t any racial differences between Blacks and whites in terms of people who use drugs and sell drugs. There are differences in people who are stopped, frisked, questioned, arrested and then charged and convicted of drug crimes.”

Ray continued to explain how justifiable homicide rulings have increased since 2000.

To conclude his speech, Ray listed the changes in reform that would be the most important and productive in making a change.

This included restructuring civilian payoffs for police misconduct and incorporating Police Department insurance policies so that the state would be responsible to pay for a cop’s misconduct.

Pierce student Kevin Ruiz shared his thoughts on the information presented throughout the webinar.

“It’s very shocking to hear about these cases involving officer-involved shootings and people of color,” Ruiz said. “When is this going to stop?”

Cindy Cardenas, meeting attendee, said that the violent crime rate dropped 49% in the United States between 1993 and 2019. Despite this, she said the media reports on violent crimes daily.

“If fear mongering about ‘violent crimes’ wasn’t pushed to the public, how would people get re-elected on being ‘hard on crime’ and push money into police budgets?” Cardenas said. “Of course they [the media] don’t want to say that crime is down.”