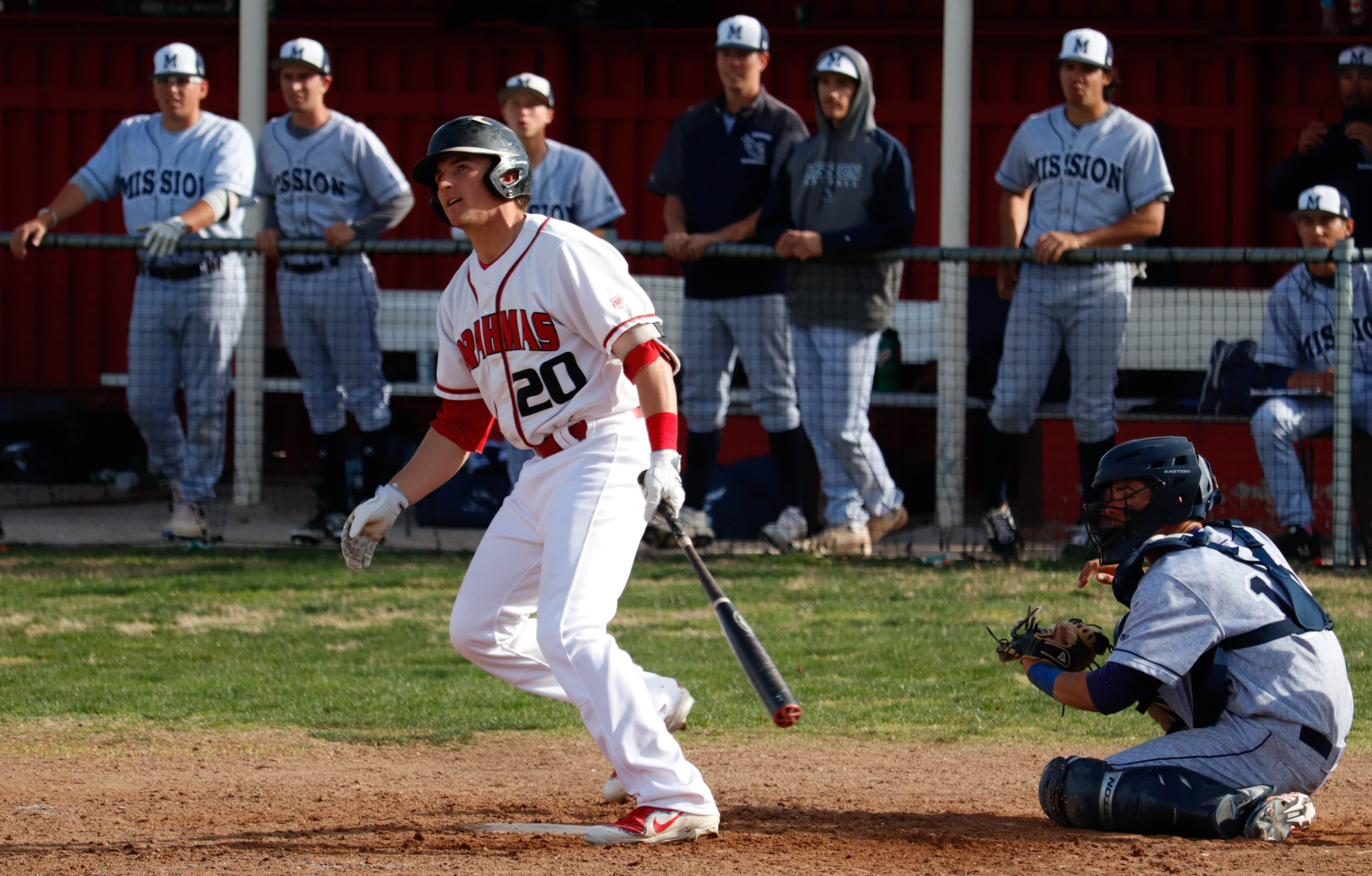 An overgrown baseball field fades in the spring sun at the same time as a petition to #letthekidsplay grows in signatures.

Third baseman Dirk Ryan has created a petition to help kick start the LA Counties baseball season and plans on gaining the attention of the district and Western State Conference.

“The whole district opted out of the season because of COVID,” Ryan said. “I saw a lot of my buddies from different counties starting to play. I just thought that it was kind of unfair that we haven’t gotten a chance to go and practice with our teams while they’ve been practicing all fall and all spring.”

The petition created currently has 98 signatures as of April 21, two away from reaching the goal.

Bringing this issue to light opens another window of opportunity for the players. Opportunities that have been potentially put on pause for them.

“Mission College, Valley College, Harbor, COC, pretty much everyone in LA County didn’t get to play,” Ryan said. “All of us want to play and this is one of our last chances to go to a four-year or go play professionally. It was more just to help everyone out and give them a shot at least.”

Head baseball coach, Bill Picketts has a plan for his players in regards to getting them back in the spotlight.

“My goal right now for my student athletes that have been here a couple years, to get them out of here next year,” Picketts said. “Hopefully I can get them to play all summer, they can get some video out there and get some recognition from colleges.”

Since their season has been stripped away from the players, they have lost out on many potential career and educational opportunities.

“For me I had a few coaches that wanted to come watch me play but I didn’t have a season to do so,” Ryan said. “I had the opportunity to go to a four-year and I couldn’t show them what I had because our season got canceled.”

Pitcher Donovan Waitman had a potential offer for a division two school that had been put on pause due to the pandemic.

“I actually had an offer to Cal State LA before the pandemic,” Waitman said. “I really only came to Pierce to play this past season and hopefully go to a next college but because of the pandemic I wasn’t able to finish out my year and get exposure for the next college.”

Infielder Garrison Pregulman misses the connection shared with his teammates in a physical setting.

“We couldn’t do what we love and do what we came to Pierce for,” Pregulman said. “We couldn’t practice, connect, see each other, do anything besides Zoom.”

Picketts commends the team on their sense of sportsman ship and passion for getting back into the season.

“They have stuck by me and stuck with each other and they’ve all taken this in stride,” Picketts said. “I think this petition and their frustration has gotten to that point where they have to do something to make themselves feel as if they did everything they could to get back on the field.”

With word being spread of potentially returning back to campus, this includes classes and sports programs.

Interim athletic director Susan Armenta is focused on maintaining safety while also trying to maintain the happiness of Pierce College students and players.

“I’m really excited that we can provide this opportunity to be on campus and show other departments that we can do this safely and hopefully effectively,” Armenta said. “Hopefully we can start moving towards all departments and all programs coming back on campus throughout this summer and fall.”

“We’re here to get them to that next level,” Picketts said. “It sounds like such a cliche but they’re almost like your kids.”