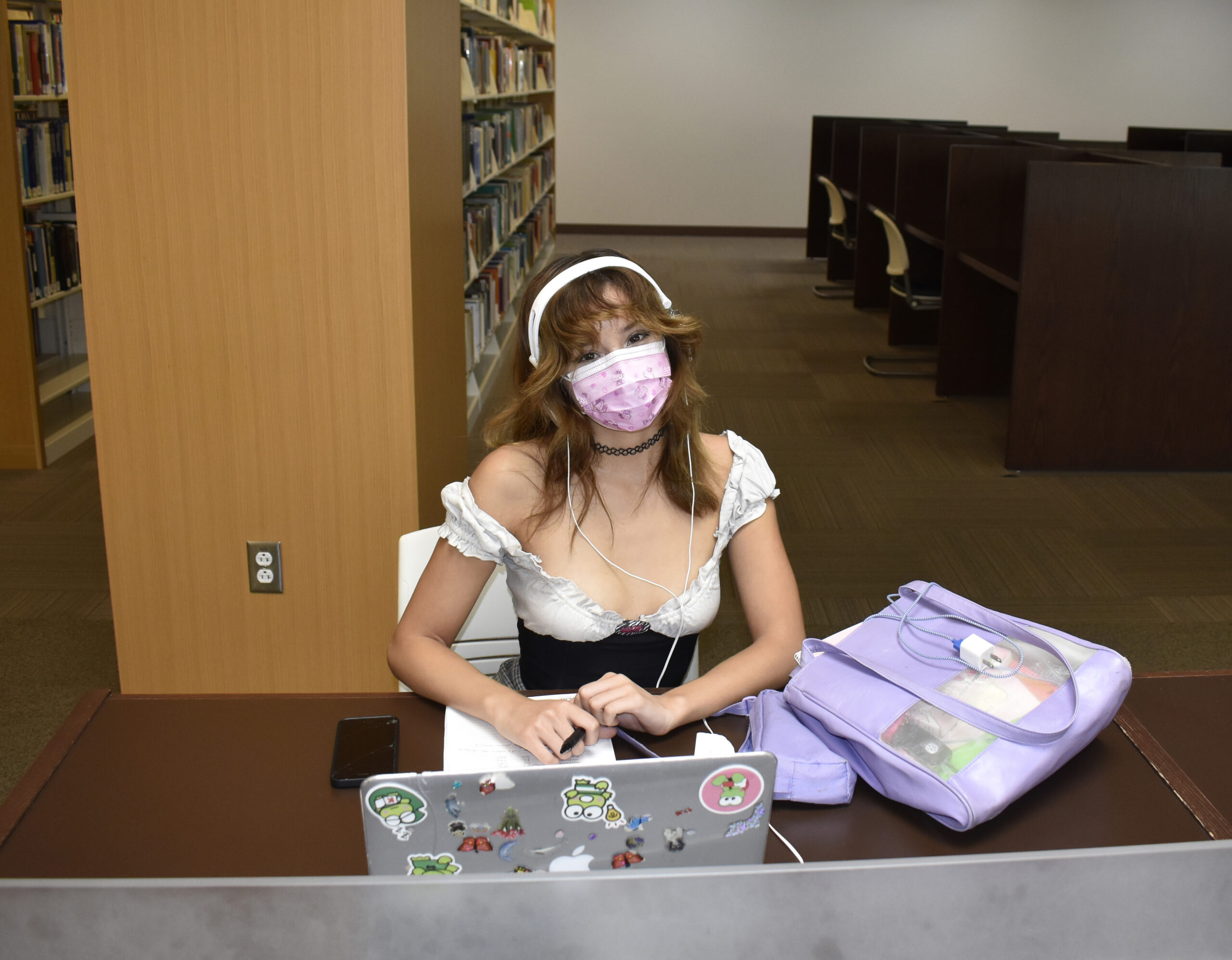 Correction: One of  sources on the original article was named Luna Dahler. It now says the correct name, Luna von Dahlern.

The Pierce College Library Learning Crossroads is turning the page from its pandemic chapter and has reopened its doors.

Library Department Chair and Systems Librarian Lauren Saslow said that she is eager to have some sense of normalcy.

“I’m looking forward to going back to normal,” Saslow said. “It’s just a matter of keeping our services going and keeping us afloat during this time.”

With the reopening, precautions have been added and librarians and staff are working on implementing them.

Saslow said that there is social distancing between cubby holes and half of the chairs in the library are gone. Masks are required when students enter the library and certain areas have been closed off such as the computer lab and the study break rooms.

“It gives you that feeling that school’s really returning, not like semi-returning,” Cervantes said. “I actually thought that the library was going to be closed, so I’m pretty glad that it’s opened.”

First year student Luna von Dahlern said that she wasn’t able to see the library when she did her student orientation.

While some students are looking forward to being in the library again, Saslow said that there were still a few concerns. According to Saslow, new computer technicians have not been hired, and the break rooms don’t have proper ventilation installed, which students have previously complained about.

“Since print books were not available since we were closed, the way that you accessed the library website focused much more on ebooks and the databases,” Habata said.

“What I don’t like about the heavier reliance on online technology is that it makes it easier for students to not come on campus and not engage,” Solares said.

Despite all the modernization, not many students visit the library and the library is unable to open their services to students on the weekends.

“We don’t have funding for it to be opened on the weekends,” Saslow said. “In the past we have asked ASO to pay for the weekends. We didn’t do that this time around. We’re still trying to see how busy we’re going to be.”

According to Saslow, there is no set maximum for students occupied because of the low turnout rate, but it’s set at 50 percent occupancy.

For some students, the library is a place for comfort and to do their daily grind of work.

Animal Science major Alexis Destiny M. Singleton has said that the library is one of her favorite places on campus.

“I’m very antisocial so I don’t like to be around big groups of people,” Singleton said. “I love to read [at the library].”

In Solares’ case, the library was a way to forget about everything going on in the world.

“I know that the more I come into the library, the more I generally feel like we’re opening up and the pandemic is not a thing, even if it’s just an illusion,” Solares said.