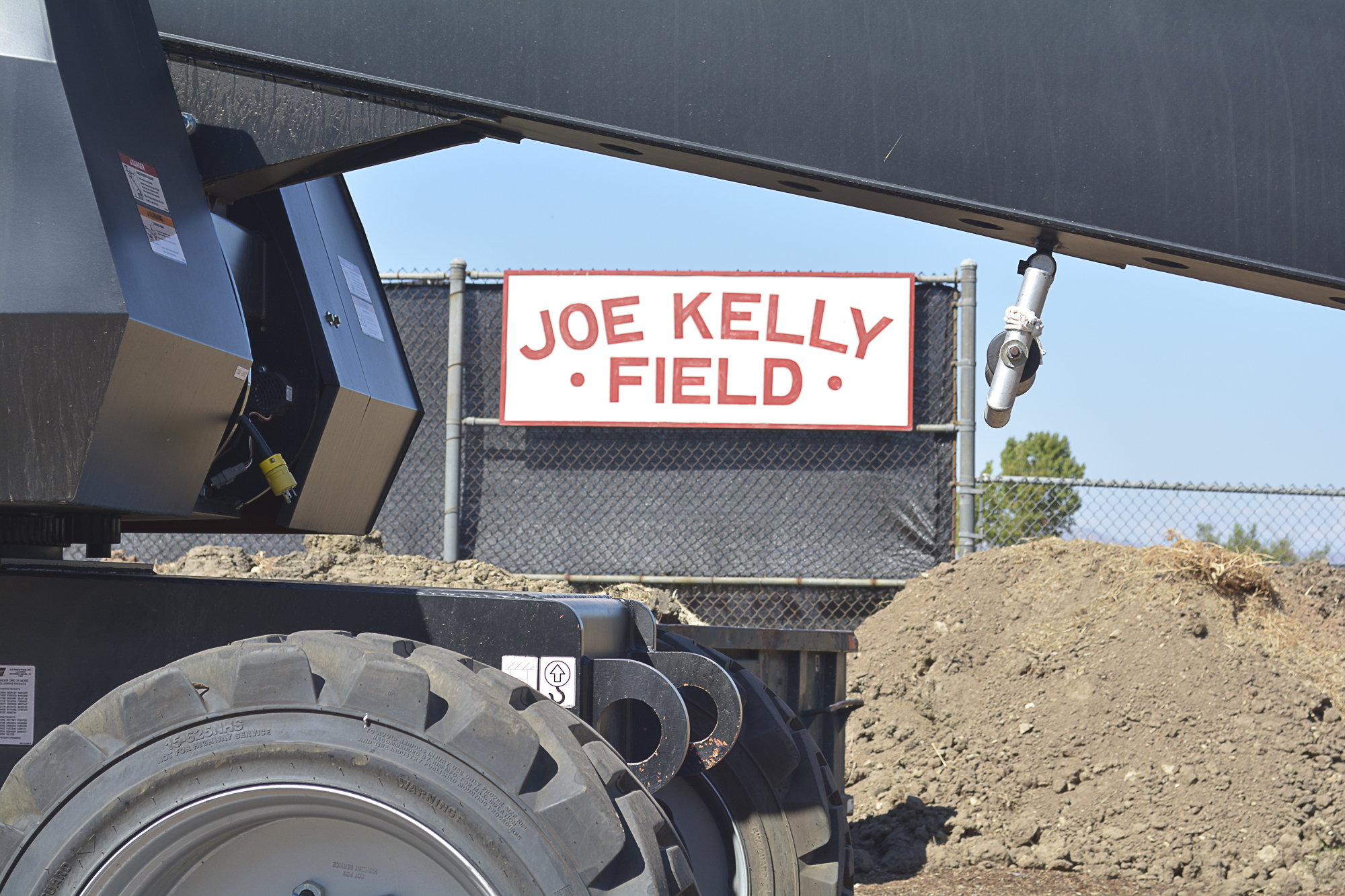 A gopher peaks his head out of his hole behind home plate to get a glimpse of some sun.

Little does he know this will be one of his last days to do it.

Pierce College’s interim president Ara Aguiar said that the school is planning to use some instructional grants to repair the sports fields, including the baseball field.

“We’re looking at utilizing some of those funds to update the fields and really give them a new face, and you know, move the gophers,” said Aguiar jokingly.

Head coach Bill Picketts said that repairs to the field were well needed due to baseball’s unique circumstances.

The order was put in place in August, but was expedited due to Pierce’s connections with Hollywood, said  Athletic Director Susan Armenta.

“Right now I think it’s been partly because of our partnerships with our vendors and the production company that have been using our facilities for rental for production.”

The show is about a college baseball turning the team around, which includes the field, leading to it’s constant and consistent improvements until done.

“It’s about a college program that is kind of in disarray, and the field isn’t in very good shape, and through an influx of money the field starts getting better and better as the season progresses and so it kind of worked out nice for us because, as you know our field wasn’t in great shape.” said Picketts.

Picketts added he is pretty sure refurbishment began this quickly because of the production needs.

“I don’t think it would have happened, just for normal reasons, administrative issues, and taking it to the board to get approved, stuff like that.” Picketts said. “So we kind of skipped that process because the movie wanted to start shooting immediately and so they took care of some things.”

Not only does the mending of the field come at an appropriate time for the team, as they get ready for the season, but it also allows the team to play home games.

Former Athletic Director Bob Lofrano said it was not possible in 2020.

“Before the pandemic, the baseball team played 20 games,” Lofrano said. “There were 10 [at home] and 10 [away], the pandemic hit everything shut down. They did not play any home games because the field was unsafe.”

Lofrano said that he did not feel the school’s reasoning for why the field being unsafe was an adequate explanation.

“You’re going to hear the powers that be say that oh it’s in bad shape because of the pandemic and that’s wrong. [They’re saying] the pandemics corrupted the pipes for watering, I thought the pandemic was on humans, not on waterpipes.”

Lofrano also said he is confident the field would not have been finished anywhere close to the beginning of the season.

“I saw an email that was put out this week about the film shoot because [the film company] is going to work on the field,” Lofrano said. “They got money, they’re going to get it to look good, like they need to. But the person who put that out said that [the field’s condition] is because of the pandemic. I call bullshit on that when you can’t play home games because the field’s not safe before the pandemic. That’s the facts.”

This also led to a dip in recruitment as some players don’t want to play on a team without a home field, said Picketts.

“I didn’t recruit as much as I have in the past,” Picketts said. “The fact that the field was not in very good shape, it was hard to get people to come out. I actually lost some recruits because of the field. I lost a few players that I thought we’re going to return. A lot of it had to do with the field.”

Picketts is confident that with the help of the refurbishment and good team chemistry there will be a good season ahead of them.

“I’m actually pleasantly surprised with the numbers that we have. We have a mix that I’m actually a little bit excited about,” Picketts said. “And our pitching is a little better than I thought. It’s a long way to go, and things change from now until Jan. 28 or 29 when we open up, but I have to say that I am pleasantly surprised with what I have so far.”