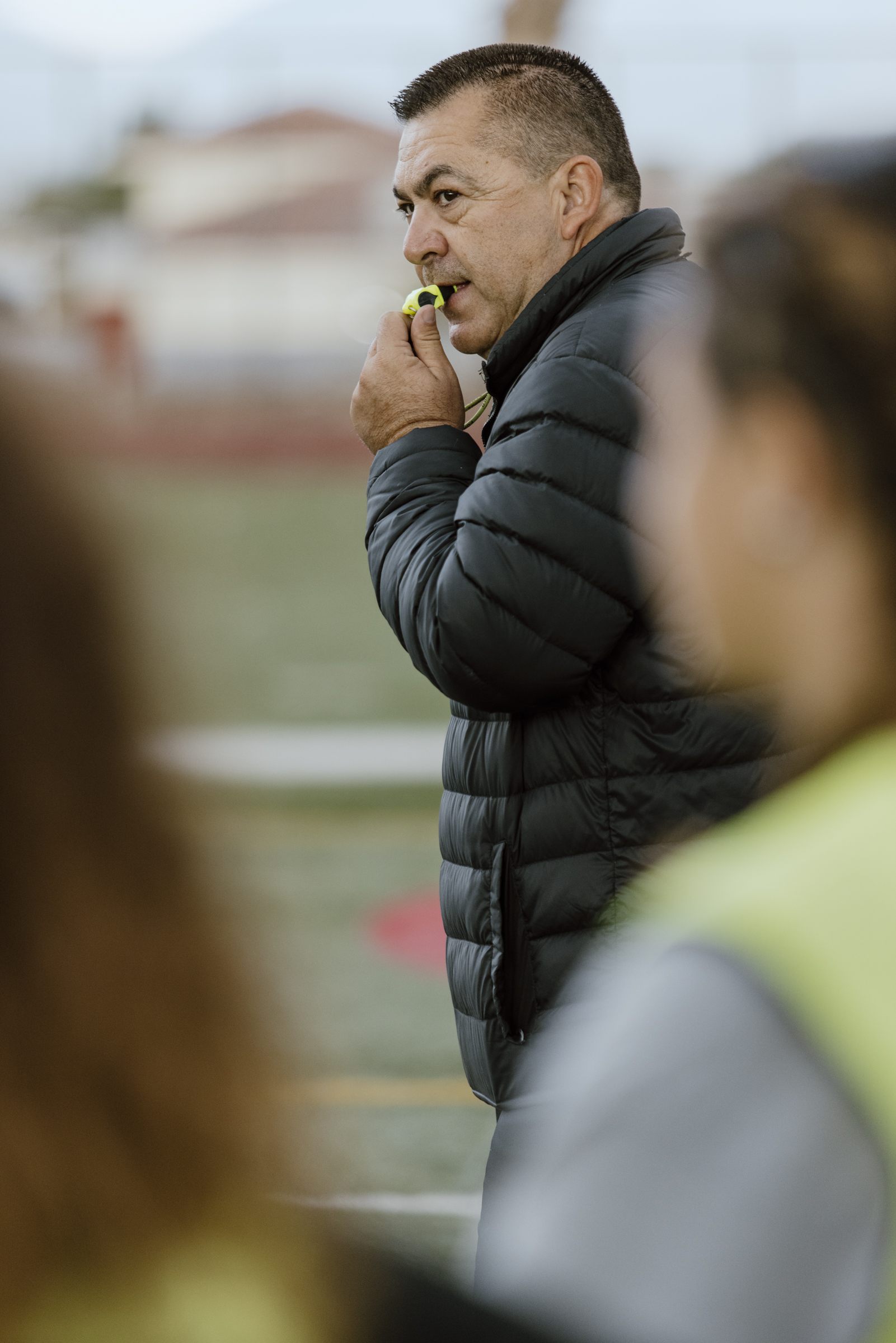 Only few coaches can say they have led a program to the top by building it from scratch.

For head soccer coach Adolfo Perez, it was no exception. He was the first coach when the program was started in 2001.

Perez said it was a great achievement.

“Absolutely incredible. When you look at how difficult it is to win a game, especially in the conference that we are in. To be able to say that we won 300, I can’t even put it into words,” Perez said.

Perez said that getting the 300th win had a special feeling since wins 100 and 200 came on the road.

For the 100th win, the game was at Citrus. To win number 200, the team played at Bakersfield.

Perez said he was happy that his family could have witnessed win 300 at John Shepard Stadium.

“It was great that they were at the game. They can’t attend many because of their hectic schedules, but to be able to do it at home meant much more,” Perez said.

Perez said that despite the lack of resources, one must love what they do and not make excuses.

Perez said the accolade came at the right time and despite the losses and ties they have, they are pleased to have a tough non-conference schedule.

During the pandemic, there were no sports in the Los Angeles Community District.

Perez said it was challenging because he couldn’t see his players.

“I’m also a club soccer coach. And in the club after three months, we were training outside of LA County and we were able to do it with restrictions. At Pierce it was more than a year and a half without any contact. We couldn’t even see them at the park for some pizza,” Perez said.

Perez said the online transition was tough because there is a huge difference from being on the field to just practicing online.

“Soccer is a field sport. So when you have to do your practices through Zoom and when you really don’t have anything to look forward to, it is tough,” Perez said.

Perez mentioned how he first heard of the Pierce job.

“I coached at Mission College in ‘95 and ‘96. We were successful because we reached the playoffs. At the end of the ‘96 season, they made the decision to cut athletics,” Perez said. I was only coaching locally until I heard through the grapevine that Pierce was offering women’s soccer.”

Perez said that there were a lot of qualified candidates and the finalists were him and his coach in college.

He said that the support from former athletic director Bob Lyons was huge especially in the ‘01 season.

“He took a chance at me because of my energy. I was very young at that time and he said I think I found the right person that will take us to the promise land,” Perez said.

Perez said it was unbelievable, because he was hired in March of ‘01 and immediately began recruiting for that season.

He said that they began putting flyers and one of the girls contacted them after seeing the flyer in the bathroom stall.

In their second appearance in 2005, the team played Long Beach. Perez had fond memories of that game.

“We went to penalty kicks. It was our best opportunity since we were playing at home. We went a player down and in the shootout we were up 3-1. They changed goalkeepers and we missed the next three and they beat us 4-3,” Perez said.

The soccer program in 2003 had an interesting anecdote. One day it was raining and Perez said they had to canoe because the field was flooded.

“It had rained like never before. I don’t believe in days off. I told the girls we needed to do some exercise. There was a storage facility that had canoes. What’s crazy is that we made news on ESPN. Someone got a hold of what we were doing and we had news stations and helicopters were flying over us,” Perez said.

Perez said he is blessed to be coaching his 20th season.

“I never thought I would be here for 20 years. To see how successful the program has been. I’m a huge believer in journeys. I remember getting offered a Division one job in 2004 and I just didn’t feel the vibe at that time,” Perez said. “So good thing I stayed with the program.”

Perez also mentioned that it will be incredible if the school would add men’s soccer as he would be able to coach both.

Perez said he wants to be remembered as a coach who cared for his players.

“I try to see what other people may not. I want to be remembered as someone who cared about them in all aspects, not just on the field,” Perez said.

“He does a great job in doing whatever it takes to be successful,” Armenta said. “I hope we keep moving forward. The ladies are doing well and our coach is a great leader.”

“That’s what happens when you have continuity. Programs tend to do better. It is a reflection of what Adolfo represents to the program and the school,” Lofrano said.

Defender Julianna Euyoque said she sees Perez as a father figure to the team.

“Not many coaches can say that they have 300 wins. He is a straightforward person and doesn’t sugar coat things. He is going to be blunt and tell you straight forward.  Sometimes you may be like, I didn’t want to hear that, but it’s what you needed to hear,” Euyoque said.

Perez dedicated this achievement to his late mother.

“She passed away in February,” Perez said. “I wish she was here to see it, but I know she saw it from up there.”