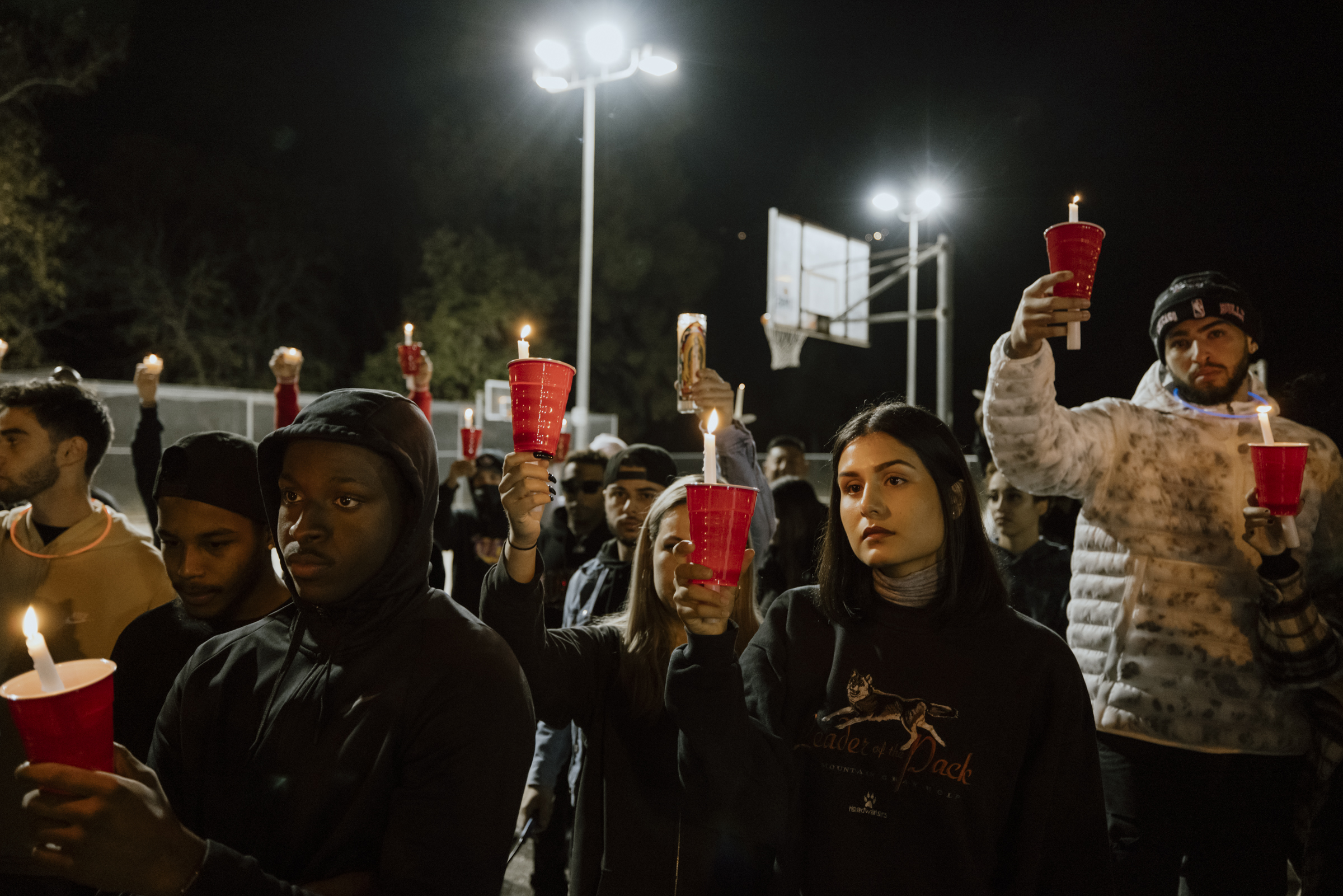 About 200 people gathered at Knapp Ranch Park for a candlelight vigil on Saturday, Oct. 23, to honor a former Pierce College football player.

Quentin Walker died at the age of 21 on Thursday, Oct. 21 because of health complications.

Knapp Ranch Park was a place where Walker would often go to play basketball with his friends, some of whom came on short notice, and shared their favorite stories and experiences with Walker.

“He was the first one to go to when you needed to talk, he was the person to brighten your day,” Dylan Bates said.

“There was nothing that this guy could not do. If you need help with a car, a washing machine or something, he’s there. He was just the guy that you wanted around no matter what it was.”

Many connected with Walker through a love for football.

“I actually had some other football friends, but I migrated to a new group of friends, which Quentin was in, and from there it was just history,” Eric Garcia said. “We’ve just been friends ever since and he was like family to me.”

Garcia said that the loss of Walker made him realize how much their friendship meant to him.

“He was truly the light of every single room,” Garcia said. “He was just such a great person and everyone knew he was the glue for everybody.”

Many of Walker’s friends continue to stay positive and live life as they think Walker would have wanted.

“Just be happy,” Garcia said. “That was such an aspect of Quentin that was never taken away from him. No matter what situation, he was always happy, he’s always making other people feel good. No matter what, just love everyone.”

Bates shared an outlook for those who might be struggling.

“Once you have one bad apple, it doesn’t mean the whole tree is bad,” Bates said. “Try to find yourself, or find the person you want to be, and just go for it.”

Athletic Director Susan Armenta in an email wrote it was unfortunate for a young Brahma to have lost his life.

“I’m saddened by this news as it’s so hard knowing that one of our own Brahmas has passed at such a young age,” Armenta wrote.  “Our deepest condolences go out to his coaches that mentored him, to his teammates who trained and competed with him, and to his family and friends who loved him. May he rest in peace.”

Garcia said that it’s important to reach out to loved ones.

“Talk to those who you’re close with, your family, even those you’ve had trouble with,” Garcia said. “Just try to connect, because you don’t know when your last day will be.”

A GoFundMe has been created to support his family and can be found here.