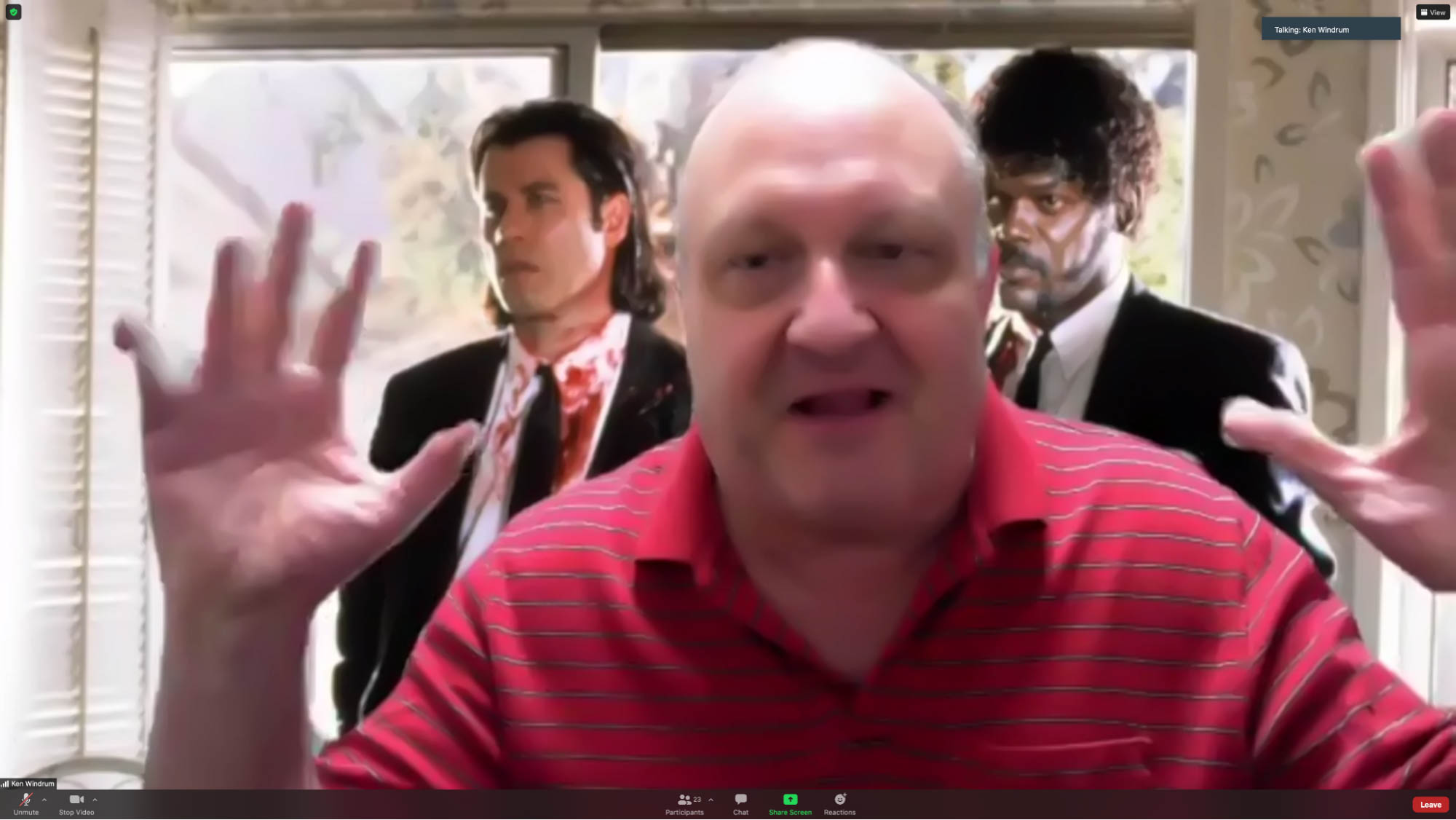 No Big Kahuna burgers were served during the Fade In: Best Screenplay Film Series hosted by the Pierce College Film Club.

During the Zoom panel discussion on Oct. 20, the club focused on how “Pulp Fiction” still holds relevance in today’s climate.

Film Club President Hannah Howell said that the language in “Pulp Fiction”  is timeless, as the film’s characters have realistic conversations.

“I still think that is how some people talk,” Howell said. “Tarantino’s dialogue makes it so that they are just regular people.”

Student Victoria Gonzalez said she was surprised by the casual use of a racial slur, but felt that the language used in the film served a purpose in Tarantino’s narrative.

“This is my first time seeing this movie and when I heard the white actor say the n-word, I felt a little awkward,” Gonzalez said.

Film major Anjelica Hymel said she appreciated the nuance in the plot.

“I was so blown away that I’d never seen a movie that told something out of order,” Hymel said.

This unique plot is based off of an alinear sequence, according to Media Arts professor Ken Windrum.

“It’s not non-linear, it’s alinear,” Windrum said. “There’s no going back from the present, but instead moving time blocks around.”

Considering how graphic the movie can be for the audience, trigger warnings can be useful so viewers can avoid watching cinema with material they deem offensive.

Windrum explained that he doesn’t mind letting students know about how graphic each film can get, and allows his Cinema 107 class to choose between “Pulp Fiction”  or “Citizen Kane.”

“It can’t hurt to do the trigger warning,” Windrum said.

However, Media Arts and Journalism Professor Jeff Favre said that he’s not a fan of censoring films that have graphic material, but he’ll consider it if there’s enough students who raise concerns about it.

“I never know what’s going to trigger a student,” Favre said. “At some point, I should listen if enough students are saying ‘I’m bothered.'”

Even with content that is disturbing to some people, students like Hymel said that “Pulp Fiction’s” characters with the worst qualities can still be likable to some.

“‘Pulp Fiction’  is not about good people,” Hymel said. “They’re likable people, but in real life we will not like these people.”