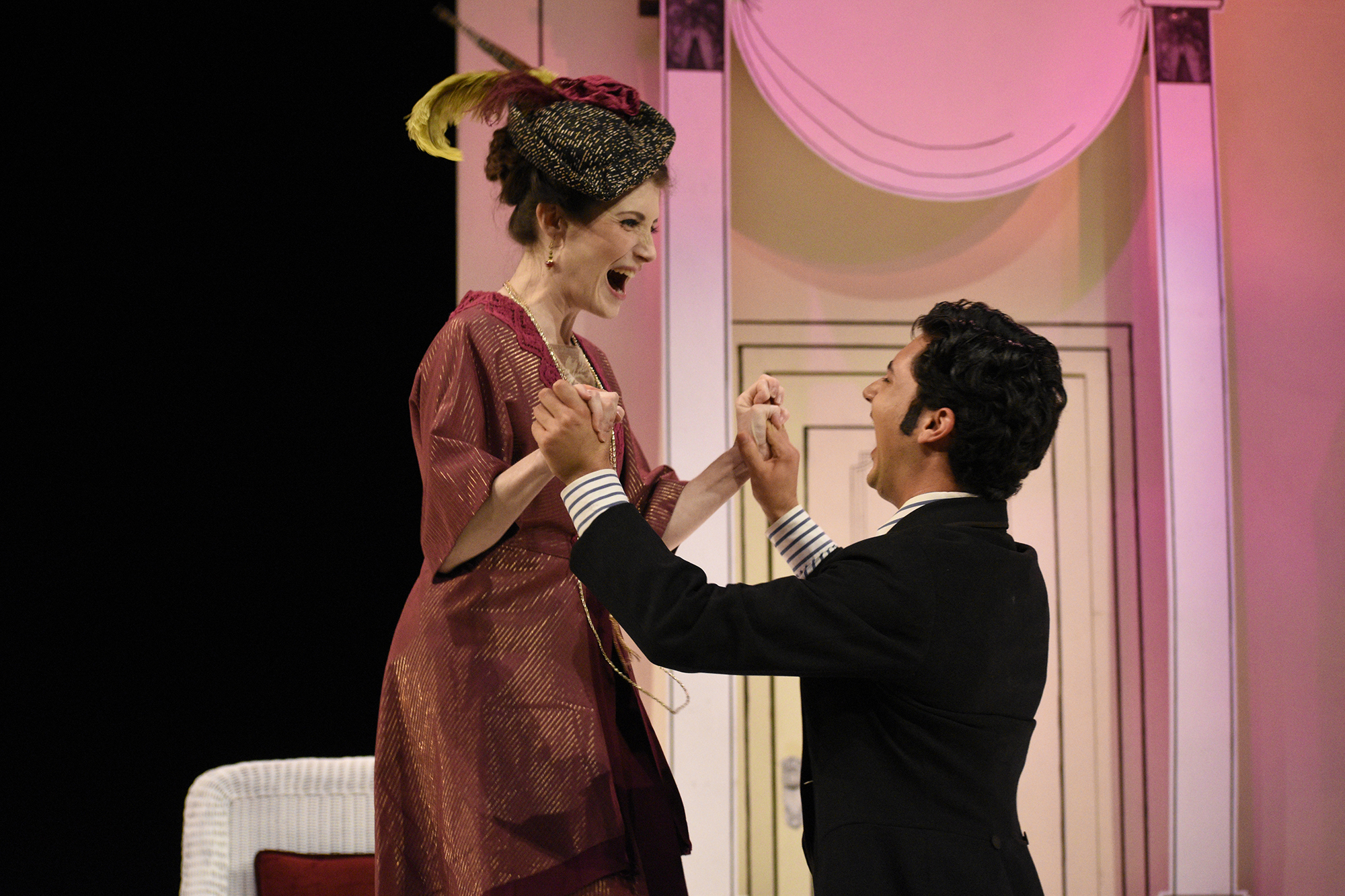 After sitting through nearly a year without any event on campus, it is refreshing to say that the first full-production at the LAPC Theatre went well with The Importance of Being Earnest.

This Oscar Wilde classic, which runs until Oct. 31 at Pierce’s Performing Arts Mainstage, was originally set around the late 1800s, during the Victorian era.

But director Shaheen Vaaz said that it would be more appropriate to have this play take place in the Summer of 1914 to create a parallel, where the audience can relate the weight of the COVID-19 pandemic to the weight of World War I in the play.

The witty humor in this show lightens that weight to entertain the audience.

This story revolves around Jack Worthing (Kayvan Shai), who wishes to propose to Algernon Moncrieff’s (Robert Dracic) cousin Gwendolyn Fairfax (Rachel Logan), who only agrees to marry him if his name is Ernest.

However, Jack only refers to himself as Ernest when he’s in town, and makes up the idea that Ernest is his idle rebellious brother that his adopted niece Cecily (Megan Araneta) is obsessed with.

The plot gets more complicated as Algernon decides to visit Cecily, and pretends to be Jack’s brother Ernest. Even worse is that Gwendolyn plans to come and see Ernest in his manor in Woolton.

This production is filled with humor that is sarcastic and dramatic irony to the core.

All the actors did a phenomenal job in portraying their characters. Gwendolyn’s mother Lady Bracknell (Ann June) stood out from the crowd, and played a cantankerous mother who cares about her daughter and nephew Algernon’s wellbeing.

Another character that stood out is Algernon who is the glue for the play. He provides comedic relief and livens the scenes with his witty remarks, including ‘bandburying’ Jack into uncomfortable situations.

During the play, the music choices were quite interesting and added to the humor. When Lady Bracknell or Gwendolyn introduce themselves in a scene, a sample of Britney Spears’ “Toxic” would play, and they would flamboyantly pose.

The actors wrapped up the ending nicely by gathering together to sing a tribute to World War I veterans.

The set design features the unique concept of a pop-up storybook, and should be incorporated more often.

The costumes of the characters were well designed, and represented each character accordingly. Miss Prism (Vanessa Hanish) has her clothes envelope her with multiple layers, until she is challenged by a personified form of dramatic irony Reverend Chasuble (Tomas Ciriaco).

The one weakness of the play was the lighting. At times the lighting would change abruptly instead of having gradual adjustments.

It was entertaining to watch this intricate production on stage, especially with Wilde’s humor being the best medicine and treat for all.

Performance times are Friday and Saturday at 8pm and Sunday at 2pm. Tickets are priced at $15 for students, $18 for seniors and $23 for general admission. Free parking is located in Parking Lot 6 on the Pierce College campus, adjacent to the Performing Arts Center.

(L) Rachel Logan as Gwendolyn and (R) Kayvan Shai as Jack in LAPC Theatre's dress rehearsal of "The Importance of Being Earnest" at the Performing Arts Mainstage at Pierce College in Woodland Hills, Calif., Oct. 19, 2021. Photo by Ginina Pulcinella.

Robert Dracic as Algernon and Megan Araneta as Cicely during dress rehearsal of "The Importance of Being Earnest" at the Performing Arts Mainstage at Pierce College in Woodland Hills, Calif., Oct. 19, 2021. Photo by Ginina Pulcinella.

(L to R) Megan Araneta as Cicely, Olga Medkova as Country Maid, Matthew Hawkins-Bobano as Merriman and Rachel Logan as Gwendolyn during dress rehearsal of "The Importance of Being Earnest" at the Performing Arts Mainstage at Pierce College in Woodland Hills, Calif., Oct. 19, 2021. Photo by Ginina Pulcinella.