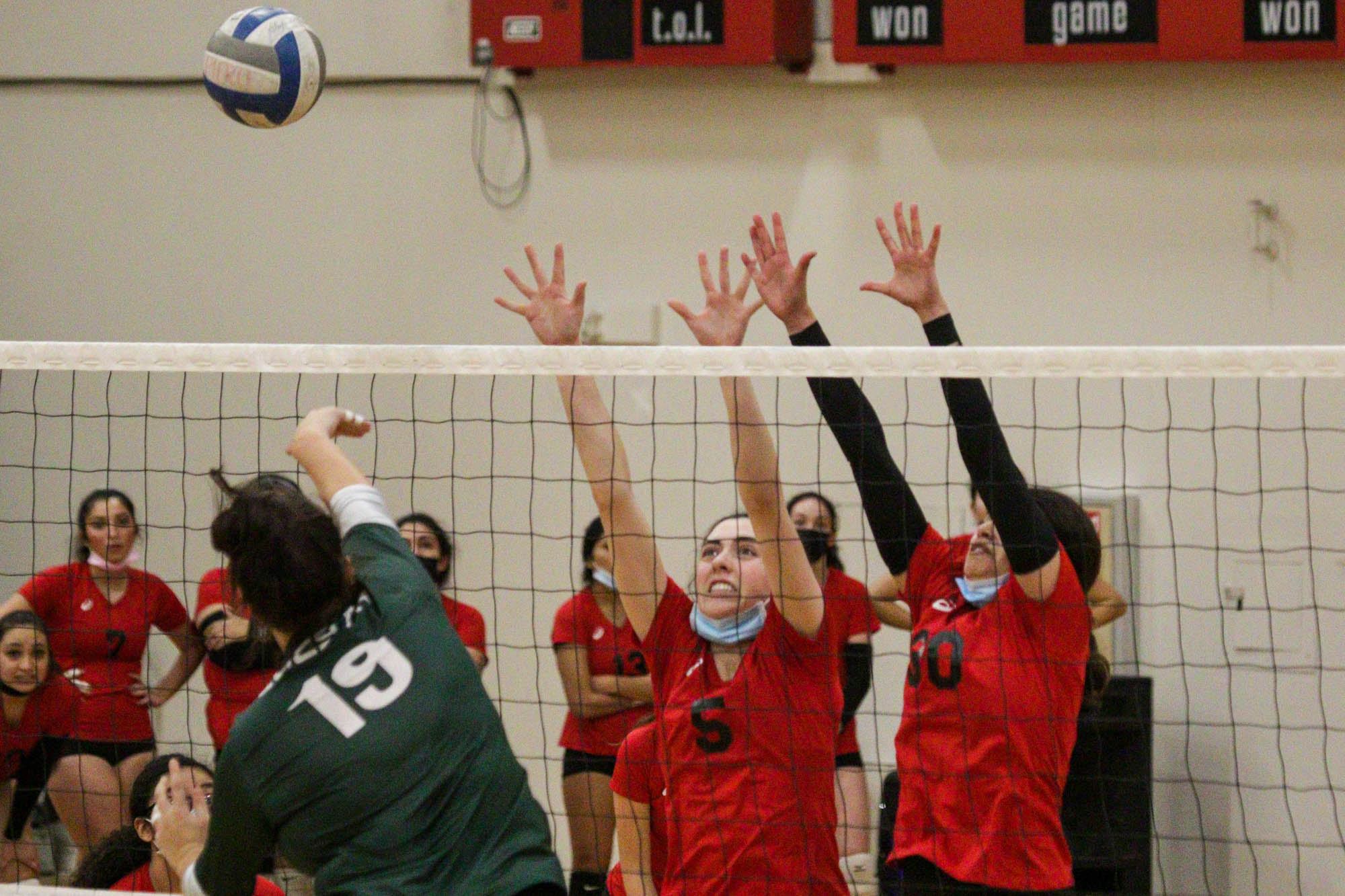 After winning their first match of the season against Mission College, the Brahmas lost to the Cuesta Cougars, 25-10, 25-20 and 25-22 to give them their 10th loss.

Head Coach Edison Zhou said the team needed to be more aggressive in their approach to hitting.

“I told them no tipping, just swing, all the hitters,” Zhou said. “When you set a set, you just take a hard swing, as hard as you can. We’re playing sports, there’s nothing to be afraid of.”

Pierce started off slow but made it a more competitive match in sets two and three.

However, Cuesta kept a newly adjusted and energized Pierce team in check for the remainder of the game.

The adjustments made to their offense and defense weren’t enough and the Cougars took the set 25-20.

Libero Saisha Kahae compared this game to their last one and said that when it comes to their successes on the court, it’s all mental with this club.

“I think it’s tough for us to get out of our heads,” Kahae said. “The game against Mission, our energy from the jump was incredible.”

Outside hitter Alejandra Velazquez said that when the team’s back is against the wall, their comradery is what she prioritizes.

“Encourage them to work harder and that if they go for every ball, I’ll try my best to lift them up,” Velazquez said. “Just playing more as a team instead of pushing them to get better as an individual, knowing that we all have each other’s backs.”

After a timeout, Pierce came back on the court and started to claw their way back into the set tying the game at 10 with an ace of their own.

The third set had its share of back-and-forth scoring and rallies powered by the energy of both teams.

Pierce caught up to the Cougars,  Cuesta once again was able to shut the door on the momentum, winning the set 25-22.

Velazquez said the difference with the third set was her and the team’s mentality.

“For me, it was just to not play in my head and just play aggressively,” Velazquez said. “I think once we all realized that to just be more hungry when we play, we did better.”

Zhou said that the team has to be better with passing in order to be more competitive.

“We’re passing, we’re serving every day because that’s the main part,” Zhou said. “We know that’s the key of this sport and we pass every day. But I think we still need more.”

Kahae said that the lack of aggression could be due to a lack of communication.

“If we call and notice that it’s going to be a tip, then we should definitely move to it rather than call it and not move at all.” Kahae said.

The team knows it has a lot of work to do in order to start competing at a higher level.

Velazquez said that it starts with changing how the team approaches practice by adding a more game-like atmosphere.

“The way we practice is the way we’re going to play during the games,” said Velazquez. “If we have a more intense mindset during practice, we’ll be able to transition out onto the court.”

Pierce’s record fell to 1-10 on the season after this loss.

The Brahmas next game will be against Ventura on Friday, Nov. 5. First serve is at 6 p.m.