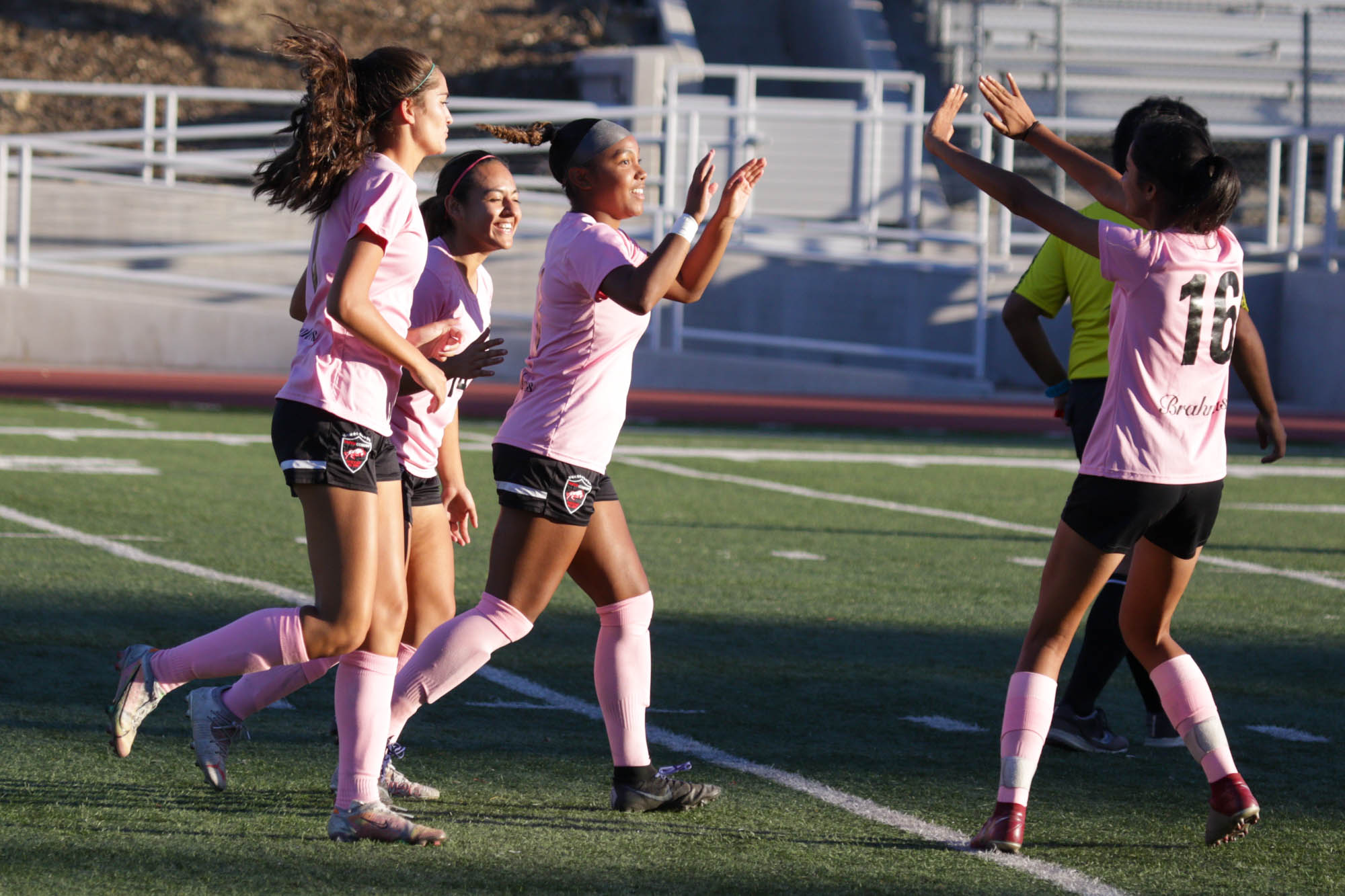 The Pierce College soccer team kept their winning record on home turf as they beat the Oxnard College Condors 6-0.

Head soccer coach Adolfo Perez said that he felt really good about this game. Perez said the last game with Oxnard wasn’t good and he had to change the strategy.

“We tied in the first game with Oxnard, and we didn’t play well,” Perez said. “I knew we needed to start strong, and so we switched to a 4-4-1-1 formation.”

Forward Kiara Washington said that it was tough in the beginning, but she pushed through with her team.

“I felt like in the beginning it was a little bit tough for us, but we just kept pushing,” Washington said. We got the result that we needed and the points that we deserved.

Washington said it was great to get a shutout at home.

In the early first half, things started well for the Brahmas.

Midfielder Nirmolakpreet Kaur scored two goals in the first 10 minutes to give Pierce a 2-0 lead.

Washington also scored, giving the Brahmas a 3-0 lead at the half.

In the second half, the Brahmas didn’t take their foot off of the accelerator.

Early in the second half, Washington scored another goal for Brahmas.

Both teams had multiple chances to make a goal, but midfielder Arianna Vigil finally scored, giving the Brahmas a 5-0 lead.

Oxnard Head Coach Gabriel Gonzalez said that the game was a challenge because of missing and injured players.

“It was tough to come out and play with Pierce, and I thought we did the best we could with what we had,” Gonzalez said.

The Brahmas won their second straight home game and improved their overall record to 9-3-4 putting them in a good spot for the playoffs.