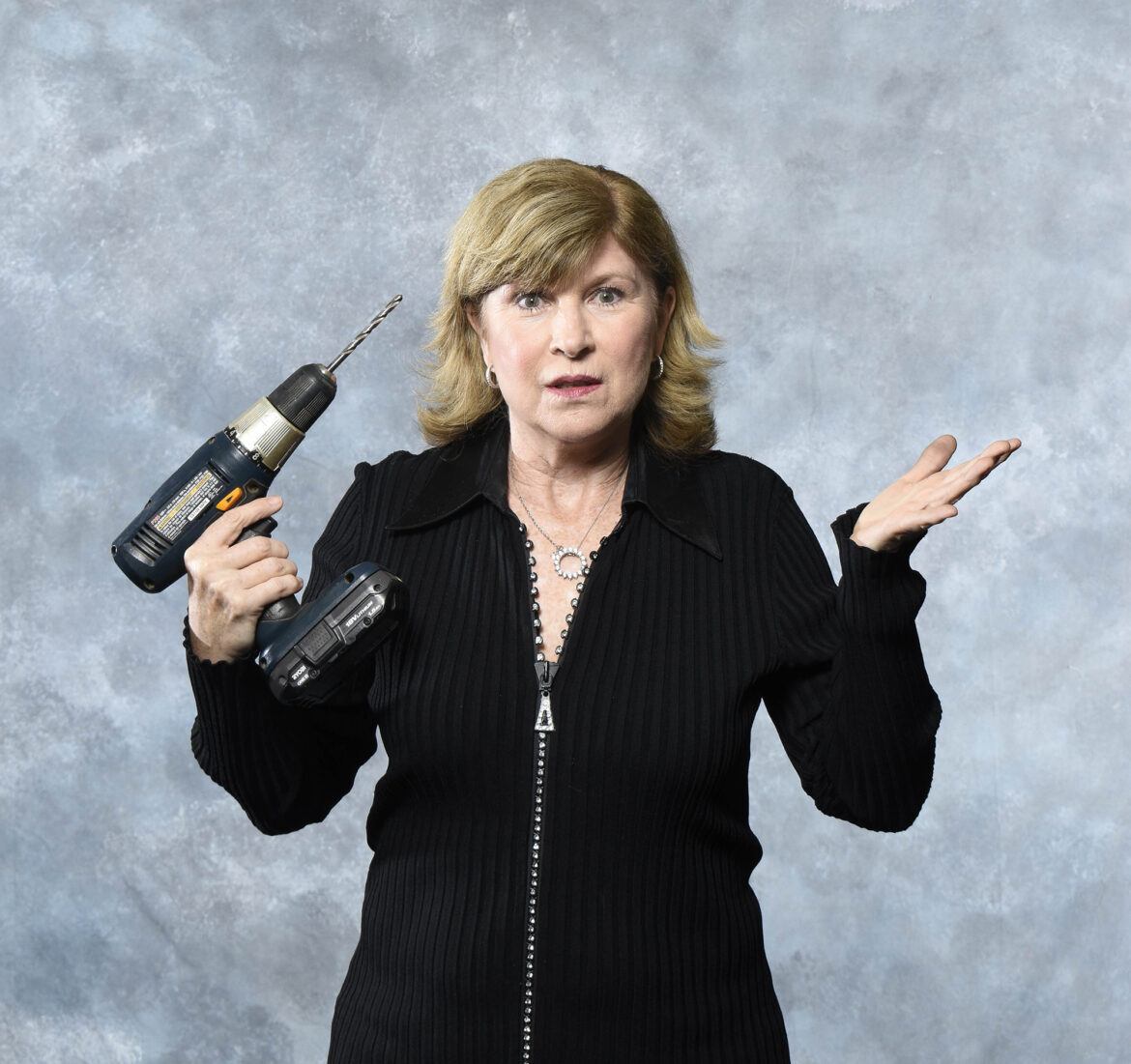 Imagine watching journalism professor Tracie Savage inside her locked classroom, shaking while gripping a pair of scissors, preparing to confront one of her worst fears—an unknown stalker fanboy preying on well-known actresses like her who have starred in the “Friday the 13th” franchise.

In contrast to what is portrayed on screen in the independent, low-budget film “13 Fanboy,” Savage said that she had a good time.

“It’s fun to just kind of go off and do something crazy, really insane and have blood all over me.” Savage said.

On it’s opening night on Oct. 22, the film has made $9,538 and Savage said she was shocked at how many fans still care.

“I had no clue that 40 years later people still talked about it, which I think is hysterical and great,”  Savage said.

And when it comes to how Savage was on set, “13 Fanboy” Director, Producer, Screenplay Writer, Editor and Actress Deborah Voorhees said she was great to have on set.

“Tracie is just fantastic,” Voorhees said. “She’s so easygoing and great to have on set.”

Voorhees said she casted Savage after she was looking into the popular actresses who were in the “Friday the 13th” franchise.

“I’ve looked at who was the most popular and clearly Tracie was definitely one. I felt like she would be a good fit, so I got in touch with her.”

Savage said that Voorhees introduced her to the project during fall of 2018 and it wasn’t until the summer of 2019, before COVID-19 Voorhees called back Savage about filming in New Mexico where she stayed for four days.

And about working with Voorhees, Savage explained how she was impressed by her kindness and how she was able to gather former actors and distribute “13 Fanboy” in 30 theaters nationwide and through streaming.

Prior to shooting “13 Fanboy,” Savage said it had been four to five years since she last acted in the lead role as Alice Hardy in “Bone Garden.”

Savage said she started acting ever since she was two-years-old and continued until she was 19, when she moved to attend University of Michigan to finish her bachelor’s degree in communications.

Since then, she took a break to prioritize her education and after a few years passed, she acted in a few small roles for movies including playing a newscaster in “The Murder of Nicole Brown Simpson.”

For 30 years, she was a news reporter and broadcast journalist, and in the past 10 years she was a professor.

She said she had fun teaching students and she said she loves explaining how these films are produced in her video production class.

“I love that I can bring my on-set experience into my classroom,” Savage said. “So when I do these low budget films, I shoot photos and bring them to my students to show how these movies are made.”

In the film, Savage plays as herself and her acting students came from nearby community colleges.

“I played myself and that was my zen place where I love being in front of a classroom with students,” Savage said.

Sophomore Logan Volandi said that he liked the movie and Savage’s acting.

“I thought that the movie was really cool and awesome to see,” Volandi said. “Seeing Tracie act on screen was pretty amazing, and she did a wonderful job.”

A former student of Savage, California State University, Northridge (CSUN) junior Alex Winters, who is producing his own films, said that it felt like he was back in her class.

“I’m not used to seeing my teachers in a movie,” Winters said. “So when I watched her teach, I was literally replaying my student life experience.”

And when it comes to choosing between teaching or acting, Savage said she chooses teaching any given day.

“I love teaching and I find it personally rewarding, interesting, fun and challenging,” Savage said.

If there ever was a challenging part, Savage said it was having to do her death scene in one take and cleaning out the blood on her afterwards.

“I was covered in blood – head to toe – and I had to fly out of New Mexico after that scene,” Savage said. “And I cleaned up as best as I could, but my skin was pink for about four days.”

Voorhees said that she used her personal experience as inspiration for the movie.

Voorhees recalled when someone sent her a creepy message on Facebook saying, “wouldn’t it be cool if you died in real life like you did on Friday the 13th?” which turned into the main question the fanboy stalker in the movie texted to his targeted victim.

A blooper of Savage is included at the end of the credits, which according to Voorhees, was hysterical to everyone on set.

“She had us all in stitches,” Voorhees said. “We were laughing like crazy.”