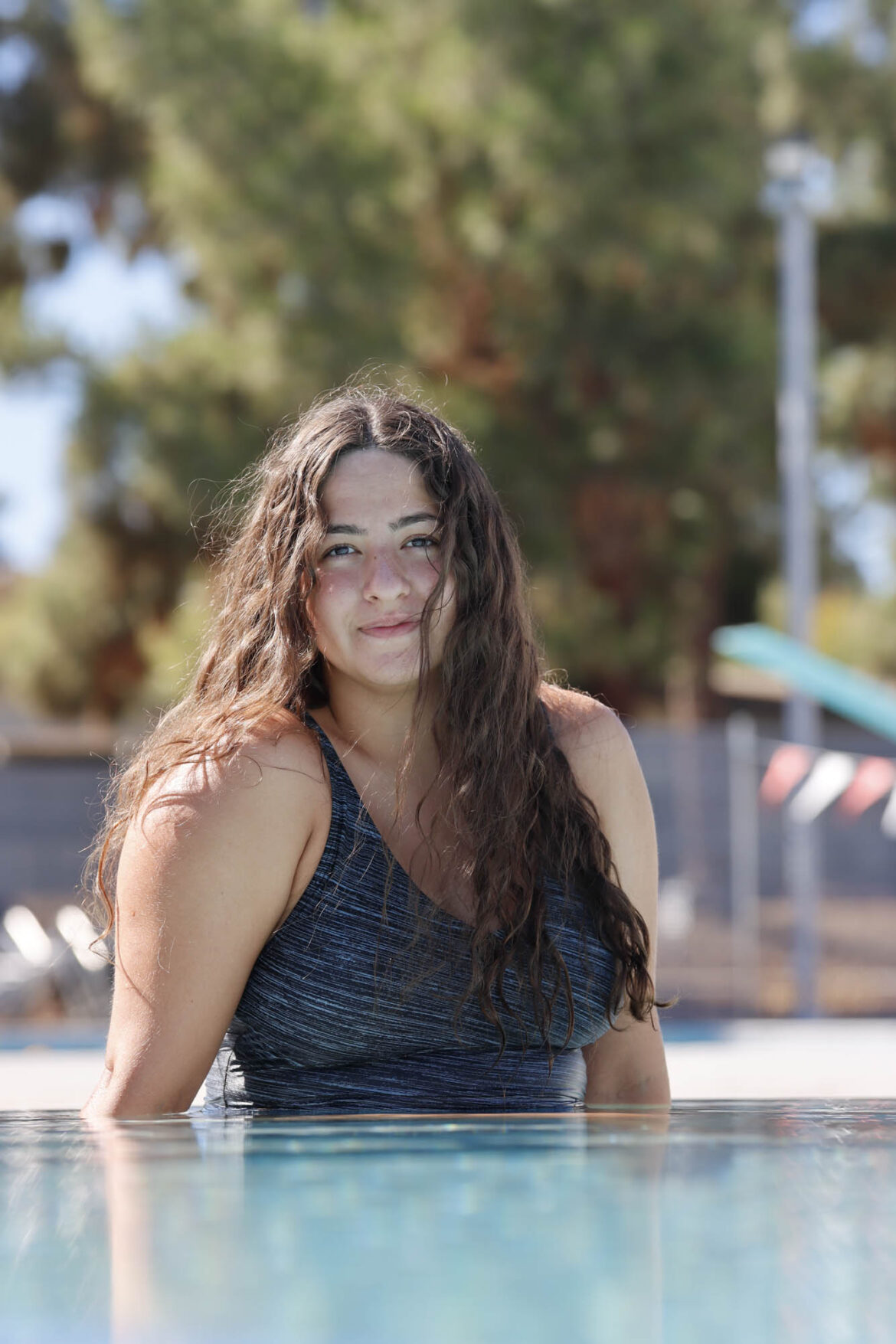 You won’t know what you’re good at until you try it.

Freshman Mariana Villareal Guerra became proof of this when she moved to the United States and joined Pierce College’s women’s water polo team for the fall season.

Guerra said that transitioning from Mexico to the United States and going to college while swimming has been hard.

“I’ve been here three months and I just learned English at school, so sometimes I don’t understand or cannot express myself with the correct words,” Guerra said. “When I have a problem, being in the water becomes a stress reliever. I just don’t think of the problem and it’s like magic.”

Guerra said that water polo is a tough sport, but sees herself improving at every practice.

“I love it but it kills me,” Guerra said. “The hardest thing is keeping up in the water. Other players are super fast, so you have to use those legs and arms. It’s a lot of exercise.”

Women’s water polo head coach Judi Terhar said the pandemic had limited people’s ability to exercise and that the water polo team includes players who have never played before, including Guerra.

“The girls have made a commitment to one another to show up and fight and it has literally been one of the best years just by the joy of being able to participate in sports,” Terhar said. “I think Mariana’s done wonderful and I’ve gotten to see how much she loves this sport and being here every day.”

Terhar said that Guerra is a great player and asset to the team.

“She’s a tremendous defensive player,” Terhar said. “What’s so amazing about her is that she comes in the morning and afternoon, and she’s learning exactly what we want her to learn.”

Guerra said she had wanted to try water polo originally for exercise.

“I was just looking for a sport and I like being in the water,” Guerra said. “I came here with my aunt and we were like ‘oh wow they have a pool, that’s so nice’ so I sent a message to Judi and said I wanted to know about the swim team and I wanted to get in.”

Guerra said her family has been her biggest inspiration and has kept her motivated.

“When I found swimming, my family said I could do it,” Guerra said. “It’s so funny because when I’m in the water and I know I can’t keep up, I think ‘oh my God Mariana, there’s a shark on your back and it’s gonna bite you’ and that also helps me.”

Guerra said she has had to learn how to manage her time with school and water polo games.

She said that she goes to swim practice in the morning, then has water polo practice in the afternoon and on game days she tries her best to finish her schoolwork prior to leaving to the pool.

Assistant coach Mircea Pitariu said that Guerra has proven to be a great player in and out of the pool.

Pitariu also said that Guerra has been able to feel welcome and part of the team.

“We have a lot of other Spanish speaking players on our team and it’s nice to have a team that has a lot of new people,” Pitariu said. “She has a lot of people she can relate to.”

Guerra said that she sees herself improving in the sport and she found something that she enjoys doing.

“It’s fun playing for the team and I’m proud of myself,” Guerra said. “My parents used to tell me when I first started, ‘tú puedes,’ which means ‘you can do it,’ and I’ve been telling myself that since. I’m like, ‘Yeah, I can do it.’”