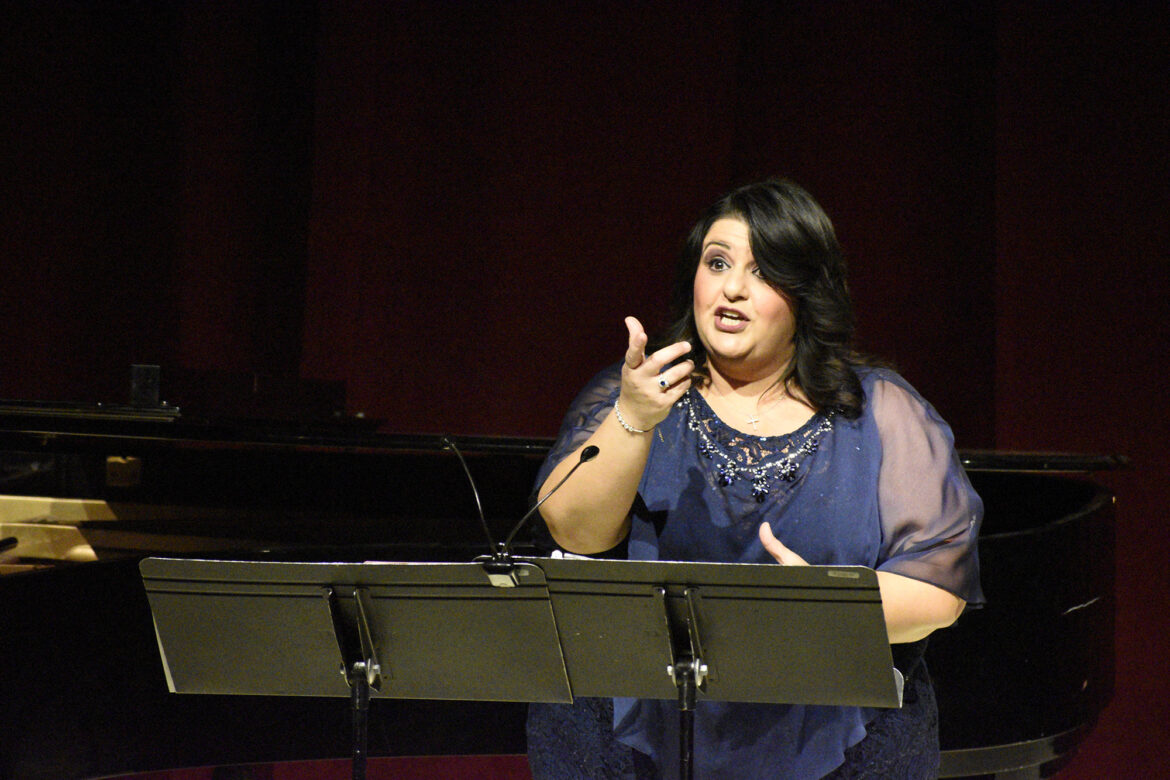 As the auditorium filled, an audible buzz could be heard coming from the patrons finding their seats.

Pierce music professor Garineh Avakian was accompanied by pianist Victoria Simonian on Oct. 26 as they brought their renditions of Armenian folk songs to the Performing Arts Building Mainstage.

As the first notes of “Shapagh Kutas” filled the auditorium, the audience listened attentively as Simonian painted a picture of peace and harmony as her fingers ticked across the keys, as if transporting the listeners to a calm, dewy meadow.

As the first song ended the tone of the keys altered and Avakian began to sing the second song in the set.

“Mi Lar (Weep Not)” was the second piece the duo performed, as Avakian told the story of a person trying to help a friend through grief.

The piece was well performed with Avakian giving a strong vocal performance, showing a unique ability to bring the listener in and understand what was being said, despite the difference in language.

Next was “Hrapurel en indz,” a song about a lover confessing their desires to the one they love. The theme of the song was translated extremely well despite the language barrier between the singer and many of her audience.

This was followed by “Manuskakin (The Violet),” which was performed with strong conviction by Simonion as she struck the keys as if in a storm, clashing against the vocals in a way that was both jarring, but soothing at the same time.

The fifth song to be played was “Ighdz (Wish),” showing off Avakian’s extensive range, as she sang out the words of a person enamored with their partner, and wishes to be with them forever.

This led to a brief intermission as Simonian and Avakian took a breath backstage.

After a few minutes, Avakian returned alone to the stage.

With the song “Hazar Apsos Arnos,”  Avakian was impassioned. The song, an interaction between two characters from the Armenian epic “Sasuntsi Davit” was delivered in a way that drew the listeners back in for the rest of the performance.

After the powerfully performed piece, Simonian returned to the stage. A sense of calm was brought to the audience with “Dzov Acher Tsaikerk,” and “Papak,” where Avakian was able to tell a beautiful story of someone longing to find their one true love.

The penultimate song was “Varte,” a powerfully delivered story of someone trying to accomplish a task, but gets turned away at every turn.  Both performers gave their all into the performance, as if to say “this is it.”

The finale, “Vostan Hayreni,” showed just how much fun the two on stage had, with the big, joyful smiles coming across all the way to the back of the audience.

Overall, the show was performed with conviction as both Avakian and Simonian used their skills to draw the audience into the world they had created through their art, giving the audience an experience that transcended language and an escape from the outside world, if only for an hour.