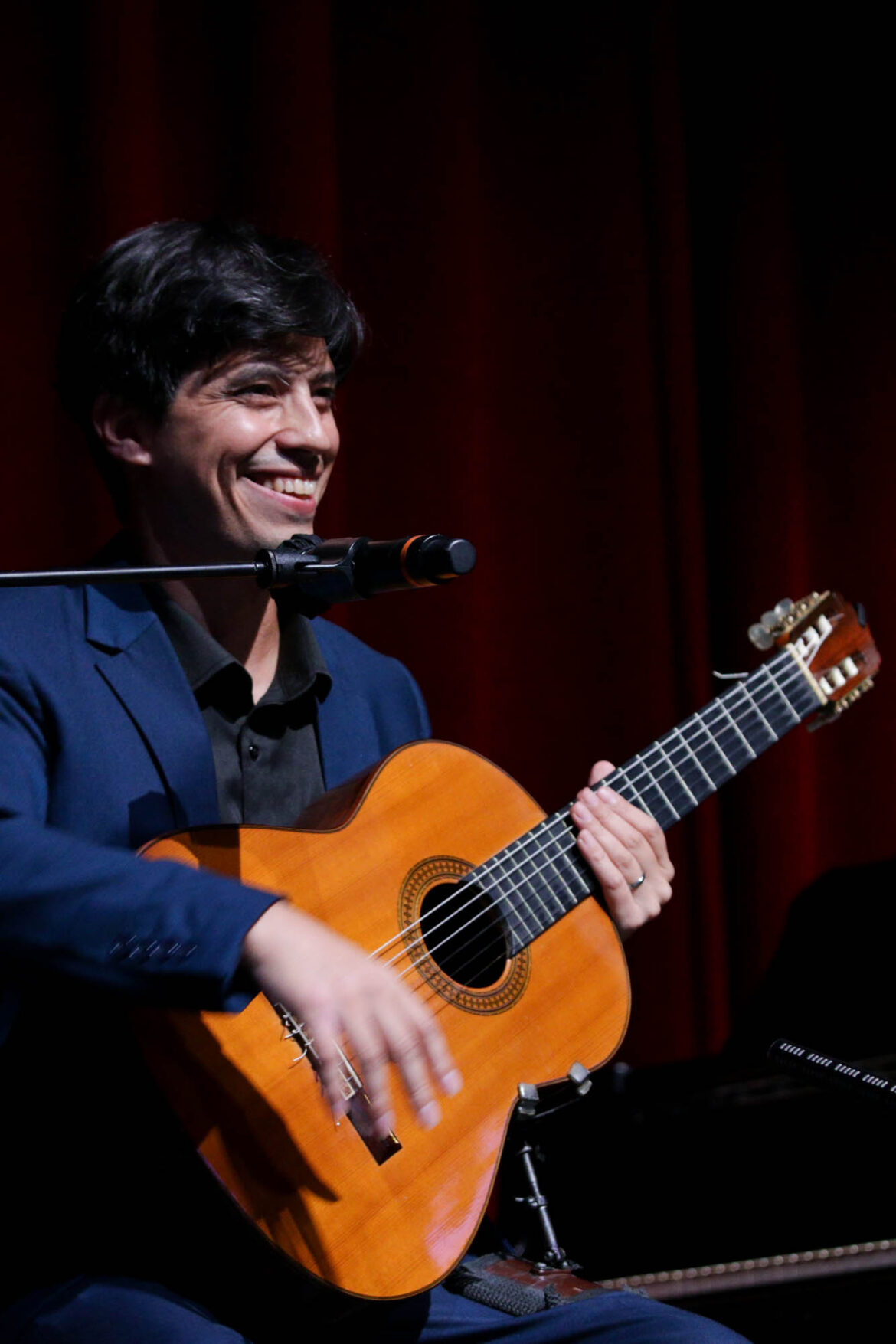 The Pierce College Associated Students Organization has brought back their Afternoon Concerts series on Tuesday afternoon with a performance from professor Hugo Nogueira.

After attending three conservatories in Brazil, Nogueira received a Bachelor’s degree in 2007 and his teaching credential in 2010.

Nogueira opened his performance with two pieces by Argentinian composers Maximo Pujol and Astor Piazzolla. The opening piece by Pujol called “Milonga” is classical guitar composition, a slow-tempoed song titled after a variation of tango by the same name. The second song by Piazzolla “Verano Porteño” is a transcription originally played by a bandoneon, an instrument similar to an accordion.

Nogueira read the sheet music from a tablet set in front of him and let the gentle, mesmerizing guitar notes fill the room.

Nogueira then transitioned to “Sonata L238, K208” by Italian composer Domenico Scarlatti and an original arrangement of “Somewhere Over the Rainbow” by Harold Arlen.

The arrangement of “Somewhere Over the Rainbow,” while short, is jazzlike in its composition and delicately intricate in its execution.

Nogueira’s performance of “Tango En Skӓi” though quick-tempoed was played masterfully, growing in volume at crescendos and occasional taps on the guitar’s body to add to the depth of the song.

Nogueira walked off stage to mark the end of his solo performance and returned to the stage with Ekaterina Bessmeltseva, his wife and the other half of Duo Imaginalis.

Ekaterina Bessmeltseva is a concert pianist and soloist, but she often performs with her husband.

Their opening pieces were “Duo in C Major, Op. 11: I. Allegro” and “Duo in E Minor, Op. 86: I. Allegro, II. Largo, III. Rondo” by Italian composer Ferdinando Carulli. These pieces were composed for duets between pianos and guitars.

The two songs rely on the balance between the two musicians giving each other moments to be the lead instrument.

The duet moved on to play “2nd Sonatina” by Brazilian composer Radamés Gnattali, the song was composed for a piano and guitar duo.

The instruments, while lightly playing off one another, complemented the other beautifully. At times, the composition felt conversational.

The final piece was “Choro Pro Duo,” after struggling to decide on a repertoire the duo enjoy playing, Nogueira decided to write a piece to fill their setlist needs.

The upcoming free afternoon concerts will continue throughout the rest of the year, with the next one on Oct. 26. featuring professor Garineh Avakian.

ASO will also be offering evening concerts, and will be selling tickets for $10 online and at the box office on the night of the performance.