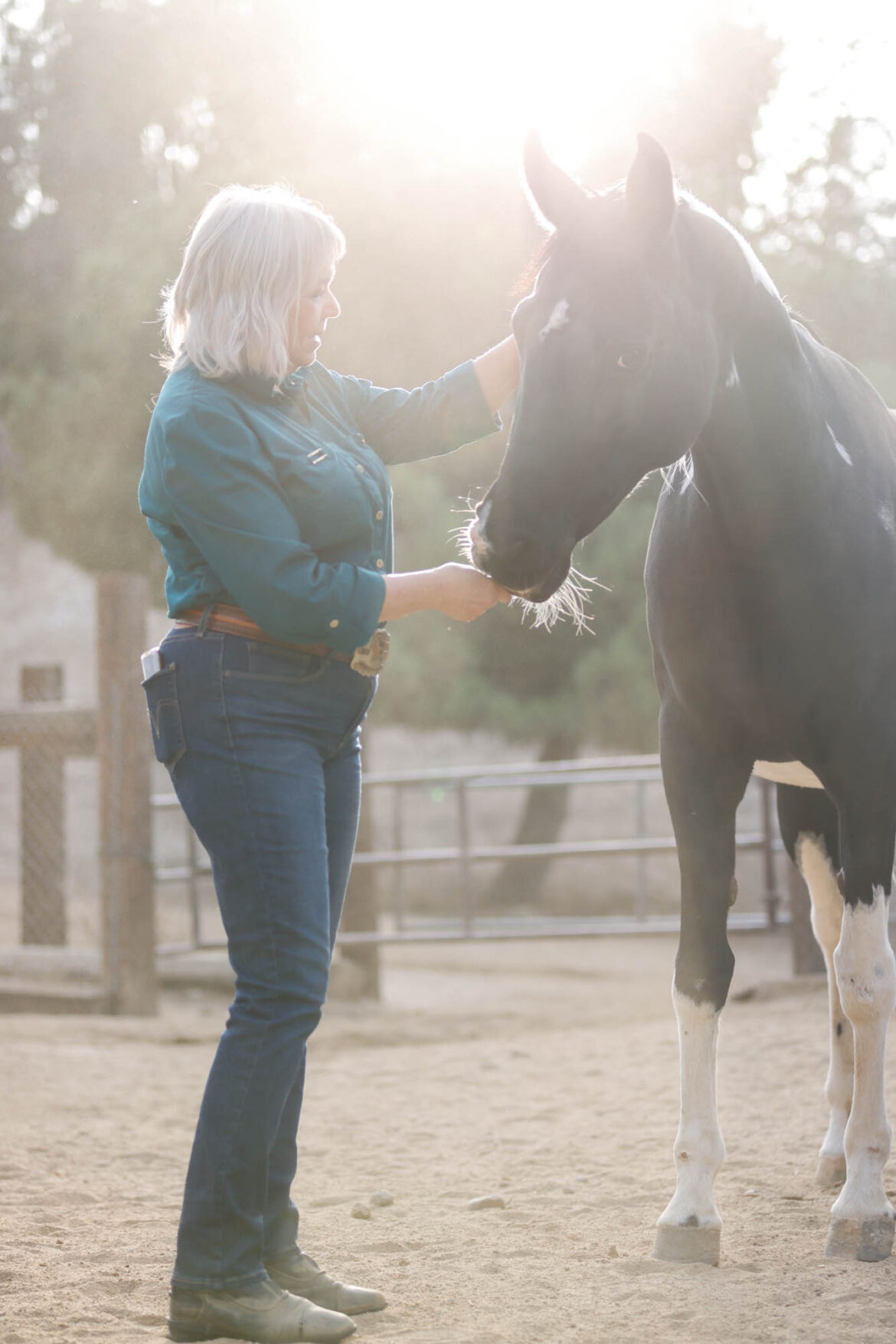 Maryland may be famous for its blue crabs, but if that’s all you know about the state, Pierce College Equine Science professor Heidi Paul will say you’re missing out on one thing—Chincoteague ponies.

The horse trainer and riding instructor grew up in Maryland horsing around with wild Chincoteague, which are referred to as ponies because of their small stature created living for generations on the Assateague Island off the coast of Virginia.

She laughed as she recalled her childhood introduction to the native ponies of Assateague.

“They asked us to come in and break ponies because we were kids,” Paul said. “Back in that day, you could throw your kids on somebody’s wild pony, nobody cared. So that’s what we started doing. That’s how I started breaking horses.”

Paul’s journey at Pierce College began as a student. In the 1980s, she knew she wanted to expand her horse knowledge and heard that Pierce had a good equestrian program. She began taking some courses but had to take a break for a few years to raise her children and work on her horse business. She returned in 2007 and graduated a few years later with two degrees, one in STEM and one in sociology.

She already had years of practical, hands-on experience, but equine nutrition and farrier science, which is hoof care, are ever-evolving with new research and discoveries.

Paul’s extensive equestrian career took her across Southern California. She worked in a variety of disciplines —— racing, carriage driving and endurance riding.

Some of her work has been in public service as well. She was hired to use her horses to teach a youth eight-week, after-school riding program run by the City of Los Angeles at the Stonehurst Recreation Center.

Brian Henderson, a retired schoolteacher and Paul’s friend, was encouraging her to look for a job at Pierce. While working for the Los Angeles Park Rangers Mounted Unit as an instructor, she saw an ad for an adjunct professor, applied, and was hired.

“What they want is experience in the field, and I definitely had that,” Paul said.

Henderson was confident that she would get the position.

“They’re going to hire you to be the horseback riding instructor, I know it, I know it,” he recalled saying.

The timing was not great.

Paul began her new job at Pierce in February 2020, just weeks before the pandemic hit, and schools across the country switched to being fully online. Paul said that learning to switch from in-person to online overnight was not an easy task.

“I’ve always been teaching, whether I was giving riding lessons or doing clinics,” Paul said. “So the teaching part was easy. The computer part was not so easy.”

Leslie Garcia, a student at Pierce who is working toward an Equine Science degree and hopes to transfer to the UC Davis School of Veterinary Medicine, enjoys learning from Paul.

“I like her commentaries and I like when she adds her own experiences,” Garcia said. “I would find myself looking at the animal science classes and hoping Heidi was teaching one of the classes. I think she’s just a very enjoyable person and she makes the lecture so much more fun.”

Paul never expected to end up as a professor at Pierce and is delighted that she can continue to share her equestrian knowledge and guide students to success.

“I’m enjoying this,” Paul said. “I’m still new. And I’m really looking forward to going back on campus with the horses. That’s what I love doing.”