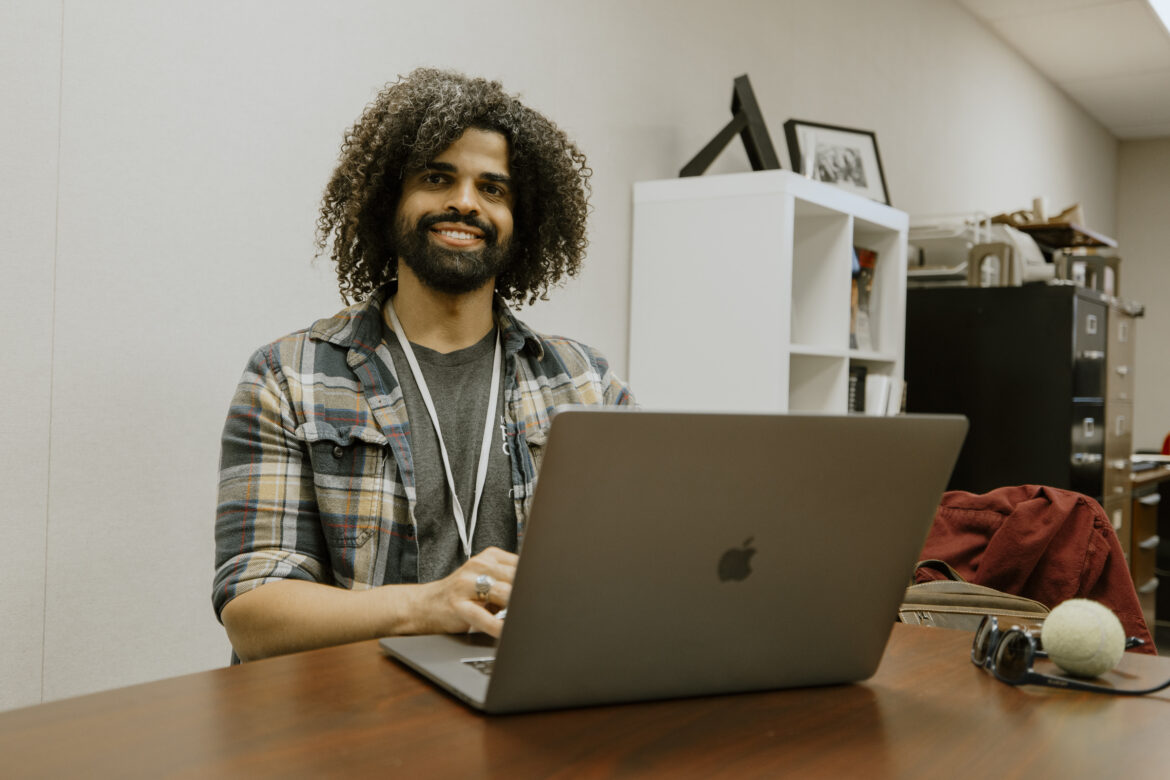 It usually takes writers up to 10 years to get their first big break writing for a major TV show or movie.

For Sean Collins-Smith, it only took one interview.

Collins-Smith, a Pierce College cinema professor and former media arts instructional assistant, was hired as a staff writer for the new Peacock series “Field of Dreams,” a reboot of the Academy Award nominated movie from 1989 starring Kevin Costner.

Collins-Smith said he is excited for the opportunity to work alongside Michael Schur, the creator of the shows “The Good Place” and “Brooklyn Nine-Nine.” Schur also wrote for the shows “Parks and Recreation” and “The Office.”

“This is my first paid writing job ever,” Collins-Smith said. “I got very lucky because most people have to spend years and years as assistants before they can become a writer.”

“My goal going into high school and college was not necessarily to become a writer,” Collins-Smith said. “I always knew that I was good at it because I would wait until the last minute to write all of my essays, and my teachers would tell me they were great and gave me A pluses. I thought to myself, maybe if I actually put forth some effort towards it I could be really good.”

For the last decade, Collins-Smith has been teaching and working in the journalism field. It was not until he wrote his first two pilot scripts in 2017 that he decided to take his writing career to the next level.

In 2018, after his pilot scripts won awards at multiple film festivals, Collins-Smith and his wife Allison Collins-Smith decided to make the move to Los Angeles to give Sean more career opportunities.

“I never thought I would leave the east coast because it is where my family is, so when we decided to make the move it was exciting and kind of exhilarating,” Allison Collins-Smith said. “It was also a bit scary, but we were doing it together so it made it more comforting.”

Sean Collins-Smith began working at Pierce in the fall of 2019. He grew to love the campus and what the school is all about.

“I gained a newfound respect for community colleges,” Sean Collins-Smith said. “I have only ever attended and worked at the university level, and the one thing I have learned is that students that leave here to attend four year colleges have a leg up on those who have only been in those four year institutions.”

“Sean is a dynamic teacher and helped our students in many ways, including using Adobe InDesign and Premiere to edit. He was always very patient and I will miss his unflappable personality.” Connelly said.

Allison said that she’s proud of her husband’s accomplishments leading up to this opportunity.

“Watching Sean the last three years pursuing his screenwriting career and being at the point now to have someone like Schur, who is one of the most talented writers in Hollywood, want him in his writers room is amazing,” Allison Collins-Smith said.

Sean Collins-Smith may be embarking on his new career in writing, but he said he will not forget about the many memories he made during his time at Pierce.

“I am going to miss the physicality of the campus a lot,” Sean Collins-Smith said. “On my breaks, I used to just put my headphones in and walk around the campus because I loved the atmosphere of it. But the thing I will miss the most is the people. Everyone from the students to the faculty was so hardworking, and it made my time here that much more enjoyable.”