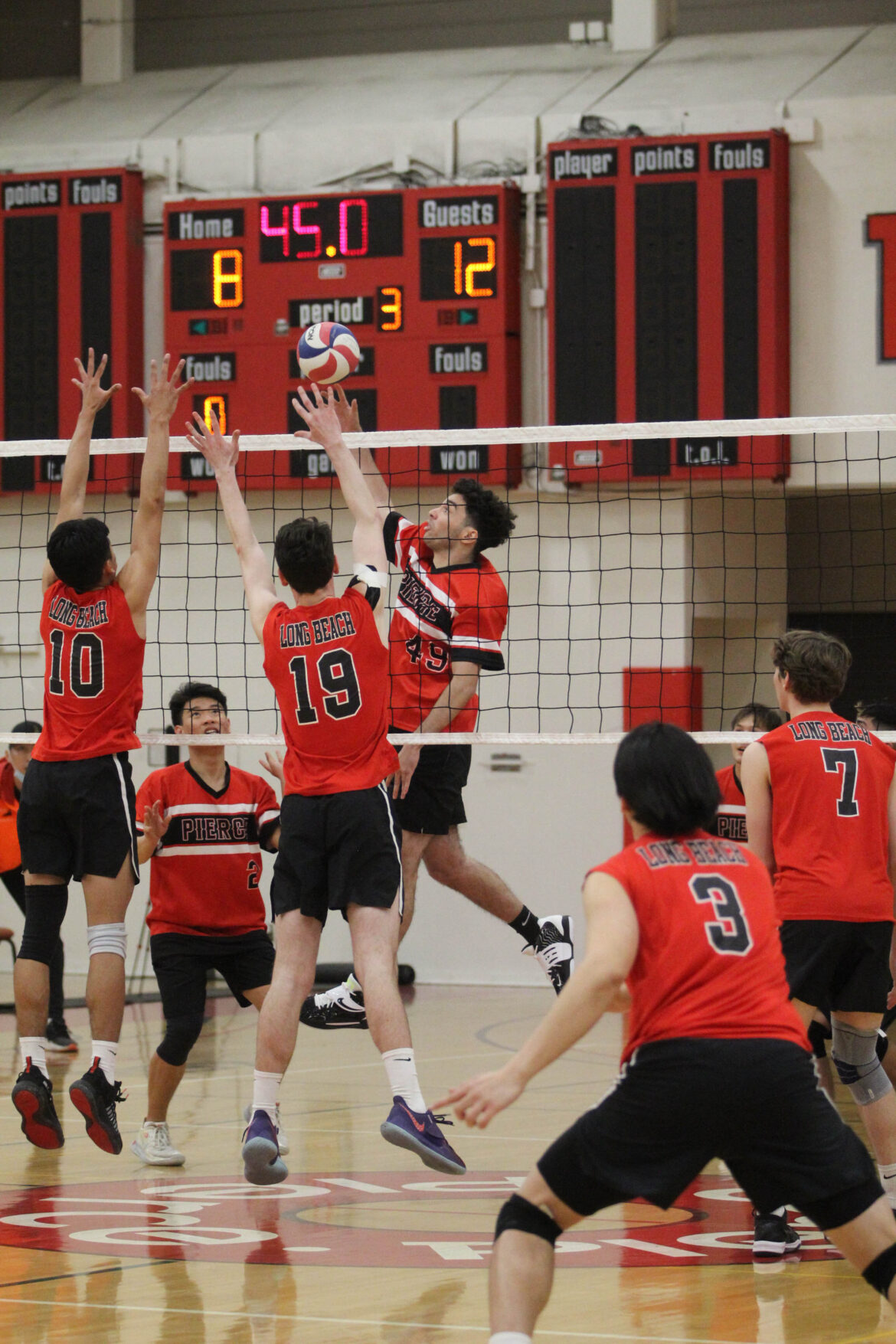 Men’s volleyball continued their tough start to the season losing to Long Beach City College in straight sets (25-6, 25-9 and 25-11).

The Brahmas came into this game 0-2, having lost to Fullerton and Santa Monica.

“We played better. In the first set, we didn’t pass the ball well,” Zhou said. We lost a lot of points on passing. In the second and third set, I saw that we improved. We scored more points.”

The Brahmas struggled to keep up with the Vikings, who were clinical in all three sets.

Most of their kill attempts were blocked, and Zhou said he had to make adjustments.

Zhou said outside hitter Julian Soto played well mentioned that he wants to see more passion from the team.

Outside hitter Jhair Jimenez said he could have improved his hitting and that LBCC were a dominant team.

“They have been playing for a really long time. They’re really skilled and really talented,” Jimenez said.

Jimenez said he hopes to improve as the season goes on.

“There were a lot of things missing. Overall I feel we did fine as the sets progressed,” Manizani said.

With the loss, the Brahmas drop to 0-3 for the season and will travel to Moorpark College on Wednesday. First serve is at 6 p.m.