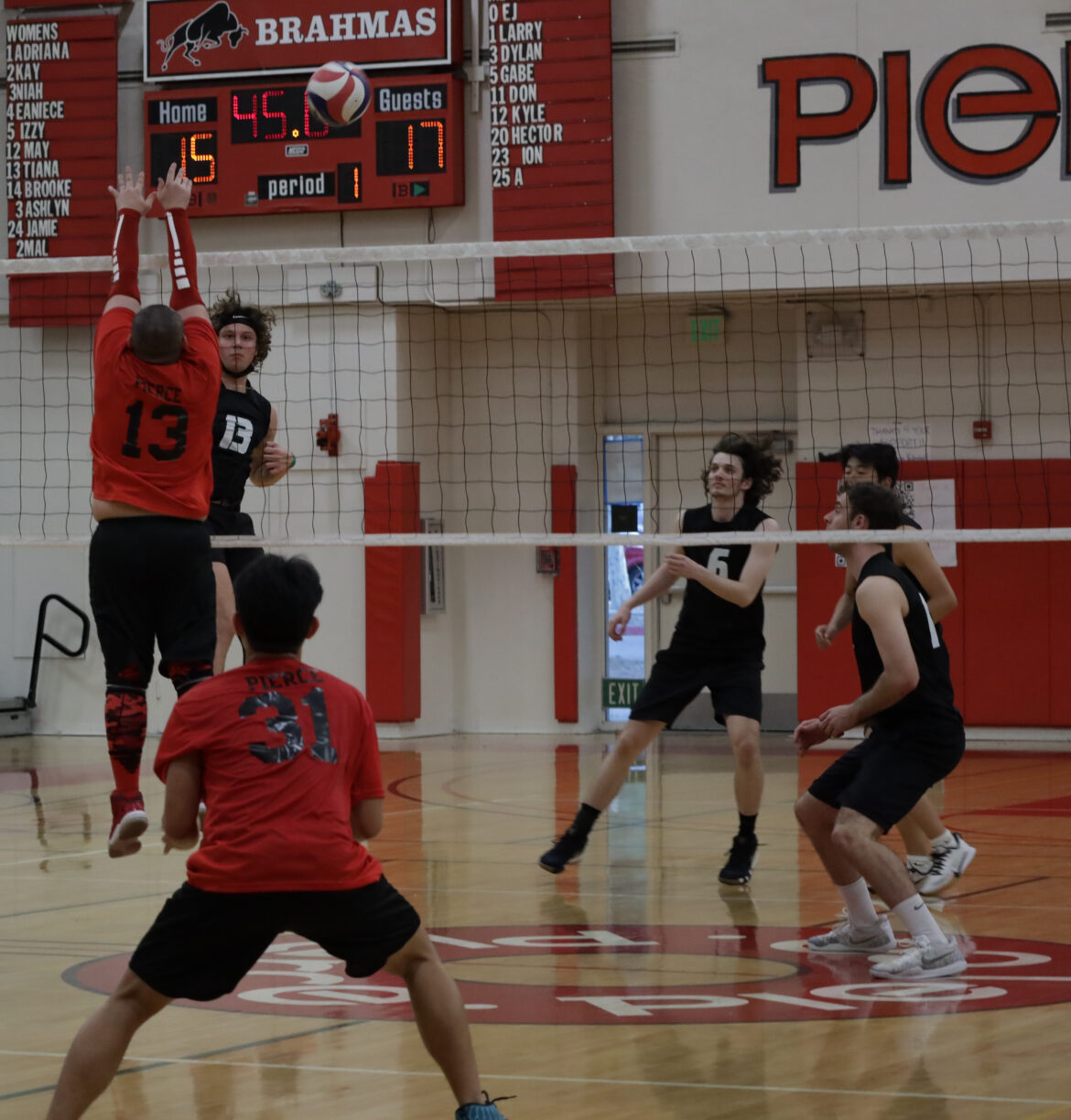 The Pierce College men’s volleyball team’s woes continued as they dropped their 10th game of the season, losing to the Moorpark College Raiders in straight sets on March 25.

Pierce assistant volleyball coach and state champion Farzad Ramin, spoke about the mindset and the energy of the players prior to the game.

“They made a promise and we decided to go 400% energy from the first point to the end, so they did a good job today and it was a good game,” Ramin said.

The second set was even more contentious, with the two teams finding themselves even in points.

However the Raiders found a way as they won set two by a  final score of 25-15.

Outside hitter Steven Blugrind reiterated the need for energy and continuous adjustments throughout the game.

“In set two, we had to switch the way we block by switching the areas. What we saw with Moorpark, whenever there was a good pass, it would always come down the middle. That’s why today I was able to get some good touches,” Blugrind said. “I got a pretty good hit.”

The Moorpark Raiders brought energy to the court, chanting and cheering for their fellow teammates. The Brahmas, on the other hand, were relatively quiet, except for a few bouts of excitement after scoring points.

The Brahmas seemed to lose their energy in the third set, losing with a final score of 25-12. Ramin highlighted some of the improvements that he saw from the team over the course of this season.

“I think the energy from the players was the main reason that they played so hard from the first point and I think we had a chance to win,” said Ramin. “The passing was perfect, the setting was great, so we got much better. That was one of our good games for this season.”

The fan turnout seemed to inspire the Pierce team to take the loss in stride. Pierce opposite setter Jhair Jimenez thanked fans for their support.

“Thank you to everybody who comes and supports it means a lot to us,” Jimenez said. “And the ones who are planning to come, yes, please, we need it. We appreciate any support.”

Michael Soto, the game’s announcer who has been covering Pierce sports since 1995, mentioned why the Brahmas are having a tough season.

“The pandemic really broke the strength of the program, so (Coach) Edison is left with the worst of a bad situation because he’s starting the problem from scratch,” said Soto. “they’re facing some really powerful teams. In men’s volleyball, you need to hit hard.”

The Brahmas drop to 0-10 overall and 0-8 in conference play. They travel to Santa Barbara City College on Wednesday. First serve is at 6 p.m.