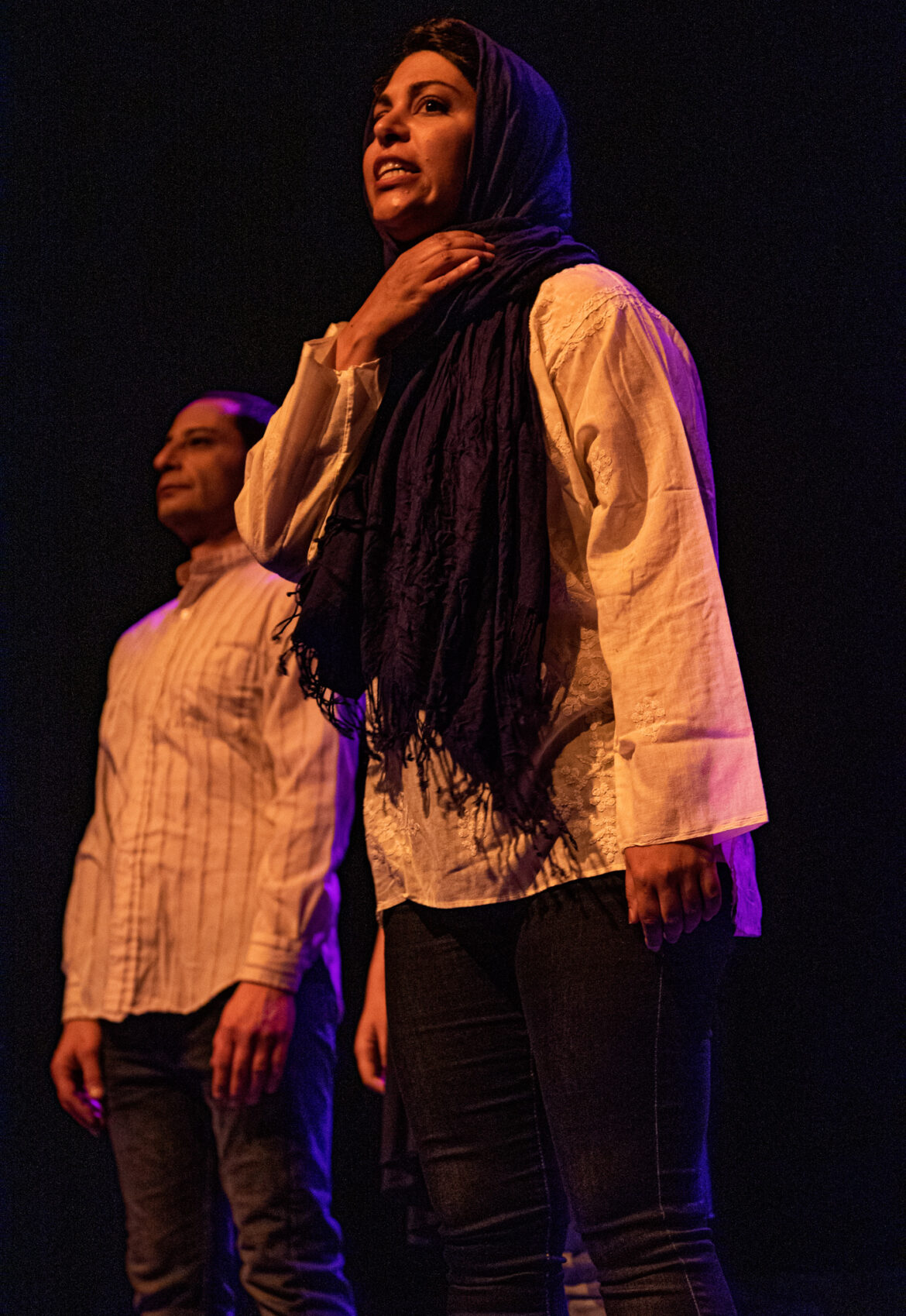 American poet Maya Angelou said, ”There is no greater agony than bearing an untold story.”

It is for this reason that the show’s director, Shaheen Vaaz, is hosting this play, to tell the untold stories of “American Alien.”

The play, a musical, is divided into different segments of immigrants telling their stories about coming to the States, with a beginning part showing the actors playing immigrants giving summaries of their stories. All the actors join each other afterward for a lively musical number, featuring upbeat lyrics and colorful clothing.

The first segment of the play starts in Mexico. It touches on the subject of Mexican smugglers who specialize in helping with immigration. In this segment, actors narrate and re-enact the stories of child smugglers escorting refugees across the US border.

It quickly becomes apparent during this segment that the style that the actors use to tell the stories of “American Alien” is inventive, yet unexpected for a traditional play. For the most part, there are narrator actors, who stand on set and tell the stories as they are, and there are actual actors who would silently perform simple actions to accommodate the narration, including jumping fences or running from authorities. This formula exists alongside the occasional musical number as well.

Later in the Mexico segment, the actors dress up as immigration officers and immigrants, providing some insightful information about the immigration process and Trump-era policies.

The audience learns that for a Mexican to successfully pass customs and avoid getting sent back, they have to prove that returning to Mexico would prove dangerous. If a woman says she frequently gets raped in Mexico, she has to name her rapists or be refused passage into America. The storytelling and light acting that accompanies this information are well written and amplifies the message. The play itself is also very critical of the Trump presidency in this segment, because of Trump’s well-known treatment of asylum seekers.

The next segment covers not the story of getting into America but surviving in the country from the perspective of Asian Americans. This part of the play really shines because of the way that actors playing victims of hate crimes exaggerate themselves, often in a very profane manner. The actors used profanity extensively to add extra emphasis to very hateful things said to Asians.

Dramatization gets a little extreme during parts of the Turkey and Middle East segment, but it doesn’t lose its effect, mainly because of how shocking this segment is. The topic of this segment is “honor killings,” which involve women being brutally killed for reasons including disobeying or being unfaithful to male family members.

In the Afghanistan segment, a group of refugees are waiting outside of an international airport in Kabul. This particular part starts off much less chaotic and more organized. However, the chaos itself slowly increases throughout the scene, which helps build suspense. The acting, particularly of the clustered group of refugees at the center of the stage, is what stole the show.

The ending of the show had all the actors joined together again on the stage, performing the song “This Land is Your Land.” It was poetic to end the play in a manner similar to how it started, albeit with a song that was written for the purpose of preaching equality, which was the theme of the show itself.