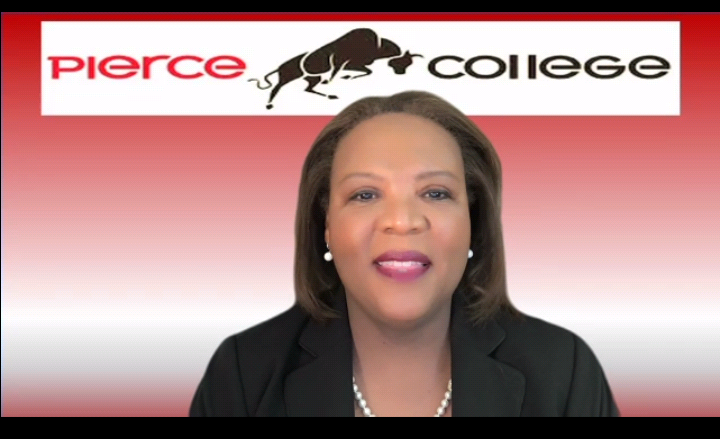 The search for a permanent president took an important step as the six finalists spoke in a virtual public forum.

Each candidate was given an assigned time and had 25 minutes to make their case.

Humble said it is crucial that students feel important.

“If they don’t see themselves as a part of the institution, then we have failed,” Humble said.

She had been on campus twice and congratulated the school for sticking to their history.

Humble said that she’ll have a door open for those that want to be heard.

Stephenson currently serves as vice president at American River College. He said that safety is still a priority.

“We need to provide the environment for all to be safe, that we have all resources available,” Stephenson said.

Each candidate spoke about their first 90 days and most of the finalists said it would be getting to know the school and listen to the local community.

Niroumand, who moved to Norway before coming to the United States, shared his experiences as an international student..

“When I came to California, the community college system saved me,” Niroumand said. “I wouldn’t have gotten a second chance.”

Niromaund is known for having the lead role of Amiro in “The Runner”. He also made an appearance in Water, Wind, Dust and had starred in the documentary, A Boy’s Own Story, in 2016.

Gable currently has the role of VP of Student Services at Grossmont College.

She said transparency is important and, like Niroumand, acknowledged community college saved her.

“It helped me explore other opportunities. Now we must roll up our sleeves and get to work,” Gable said.

Most of the candidates addressed the need for communication and that they’ll be open to feedback.

Oliveros said she wants to maximize the students’ potential so they can achieve their goals and financial aid awards.

Oliveros also wants to further grow the relationship with the different groups on campus, which includes the academic senate and council. She also wants to create opportunities at Pierce.

“I will connect with the community and I’ll seek opportunities for fundraising events,” Oliveros said.

Oliveros currently is the VP of Institutional Equity and Research at Consumnes River College.

Fulbright is the VP of Academic Affairs at Grossmont.

He said the COVID-19 pandemic traumatized everyone and acknowledged that faculty and students were heroes for staying strong during online learning.

“Everyone should feel accepted and welcomed,” Fulbright said.

The candidates will speak with Los Angeles Community College District Chancellor Francisco Rodriguez with a decision expected to be made in the coming weeks.