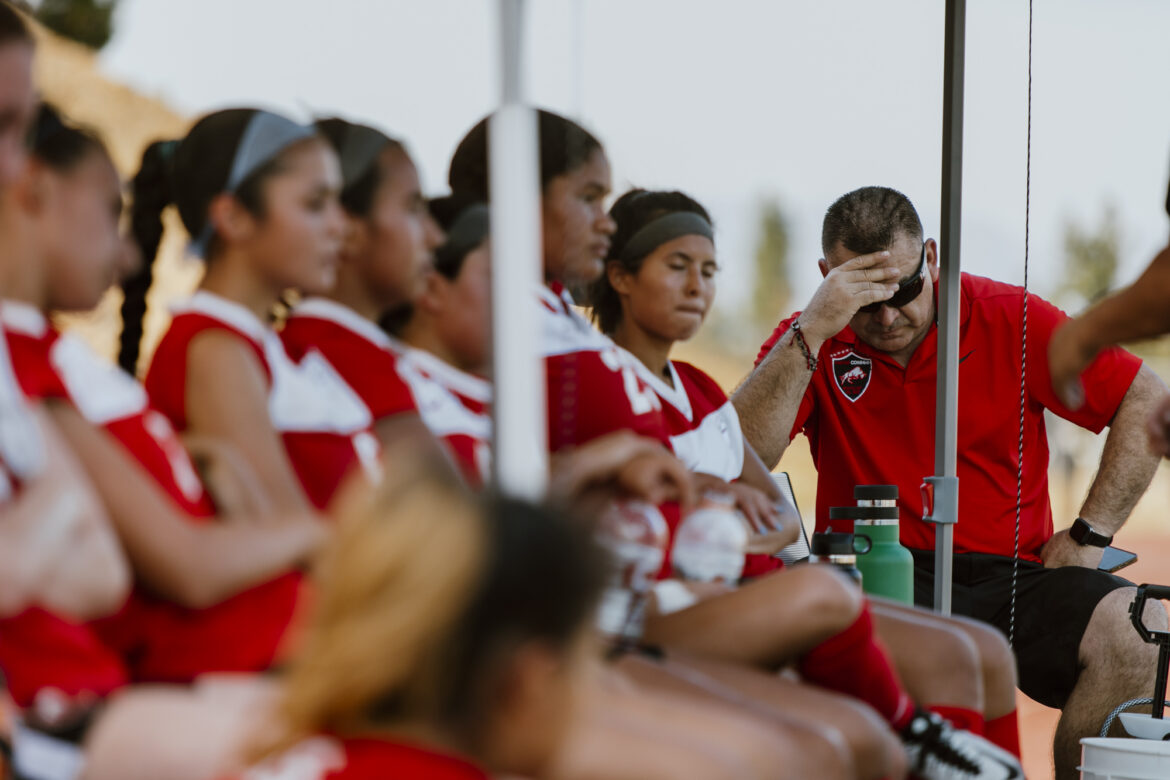 A game of missed chances saw the Brahmas and Jaguars end in a scoreless draw.

Head coach Adolfo Perez was frustrated with the team’s performance.

“We can’t use the heat as an excuse because we train on it everyday,” Perez said. “The vibe around the game was not there. I don’t want to use excuses, but we were without some of our players who are vital to us.”

Pierce created scoring opportunities in the first half. The closest they came to scoring was when May Lu’s shot didn’t cross the line after getting a touch past SWC goalie Karla Ramirez.

Southwestern also looked to score, but were unable to score past Flor De Luna. In the second half, defender Kylie Lang stepped in goal, while De Luna played in midfield.

Perez said it is not ideal to improvise field players as goalkeepers.

“They are doing a big favor for us, but they are not goalies,” Perez said.

The second half was more of the same. Lack of concentration from both teams prevented either from taking the lead.

Towards the end of the game, the Brahmas had a freekick. Defender Natalia Puccio crossed the ball, but forward Heidi Ricketts couldn’t get to it in time.

Perez said that changes are coming for Friday’s game.

“We have to do what is good for the team,” Perez said.

Midfielder and forward Alexandra Meza said the team needed to have more energy and to be more focused.

“I think physically we were here, but mentally we were not,” Meza said. “The outcome of the game could’ve been in our favor, but the scoreboard showed how we played.”

Puccio mentioned they needed to be more clinical and to communicate more going into the next game.

“We should have finished our chances considering the winning streak that we had,” Puccio said. “We are used to this heat and they are not. We came out flat-footed.”

The Brahmas remain undefeated now at (2-0-1) and are at Victor Valley College on Friday. Kickoff is at 4 p.m.