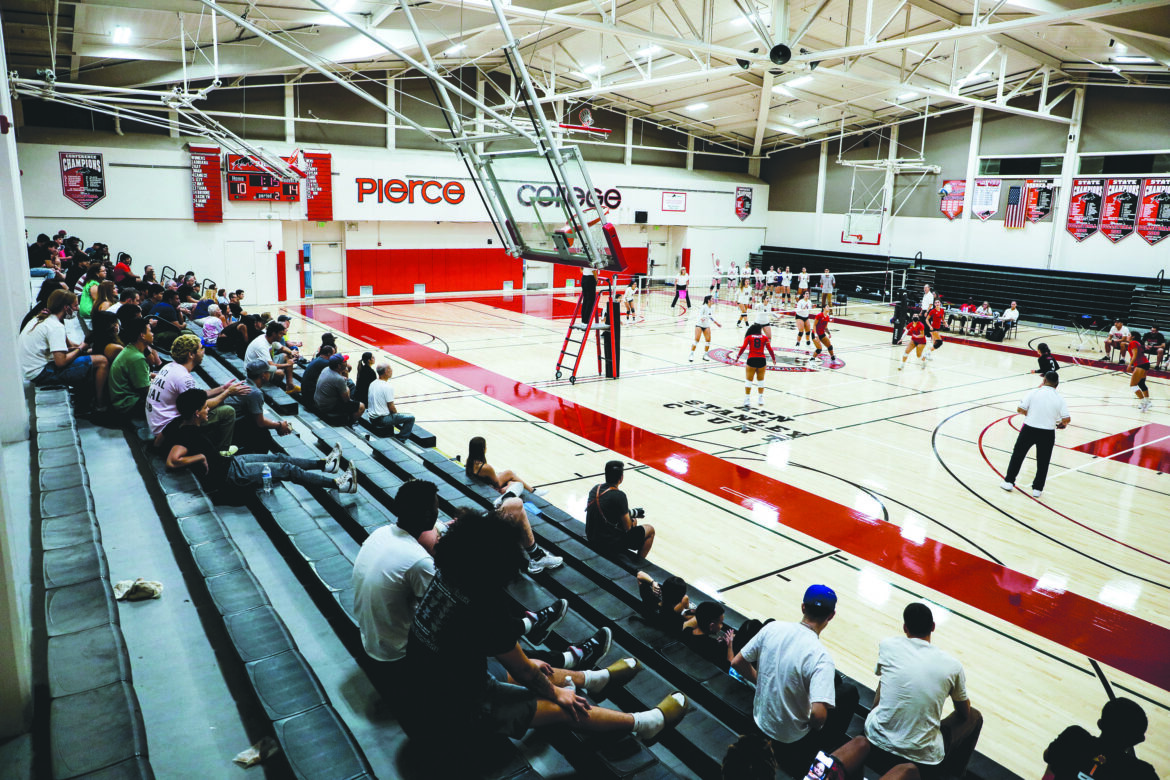 After a season where athletic facilities, couldn’t have home games, work is underway to make sure next year is different.

Athletic Director Susan Armenta said they haven’t had great fields in the past years and made sure to let it be known.

“I think the imitense was we weren’t able to play at the fields the last couple of seasons. We wanted to make sure we were compliant with our conference. To make sure we had safe facilities for our student-athletes,” Armenta said.

Another factor for the reparations besides the lack of home games was a safety issue that was inspected by members of the Western State Conference Committee.

Armenta said that the committee thought there were many issues that should be dealt with in the near future.

Now, this season’s athletes are happy to see that Pierce has put money into repairing the fields. A first-year football player at Pierce, Chris Miranda, was excited to hear about the repairs.  “Hell yeah, we want them to be better. We want them updated. It’s great they are putting money into that,” Miranda said.

Coaches are also very excited about these repairs.

Head coach Charles White said the morale of players and coaches is high, and he expressed gratitude for the repairs.

“Both student-athletes and coaching staff are excited to be practicing and playing on the new and improved facilities,” White said. “We’d like to give big thanks to our AD, Dean of Athletics, VP, and our current president for supporting this push for excellent.”

In addition to the women’s softball, baseball field, north gym, south gym, the tennis courts, stadium, and pool will be added to the reparations. The tennis courts and the deck area of the pool are in the works of being resurfaced.

Armenta also added that Pierce is looking for contractors.

“We are actually just working with a contractor to get the maintenance done [for the stadium]. Every few months we will get the turf lifted so it’s not as compact. We are hoping to get new facilities to be able to do the laundry for the football team, for their uniforms,” Armenta said.

The fixing of facilities and fields could create excitement among students.

Armenta said with the reparations of the athletic facilities in progress, the campus and athletes have been more energetic.

“As a whole, it’s been exciting energy on campus. The student-athletes are excited to play on their home turf,” Armenta said.