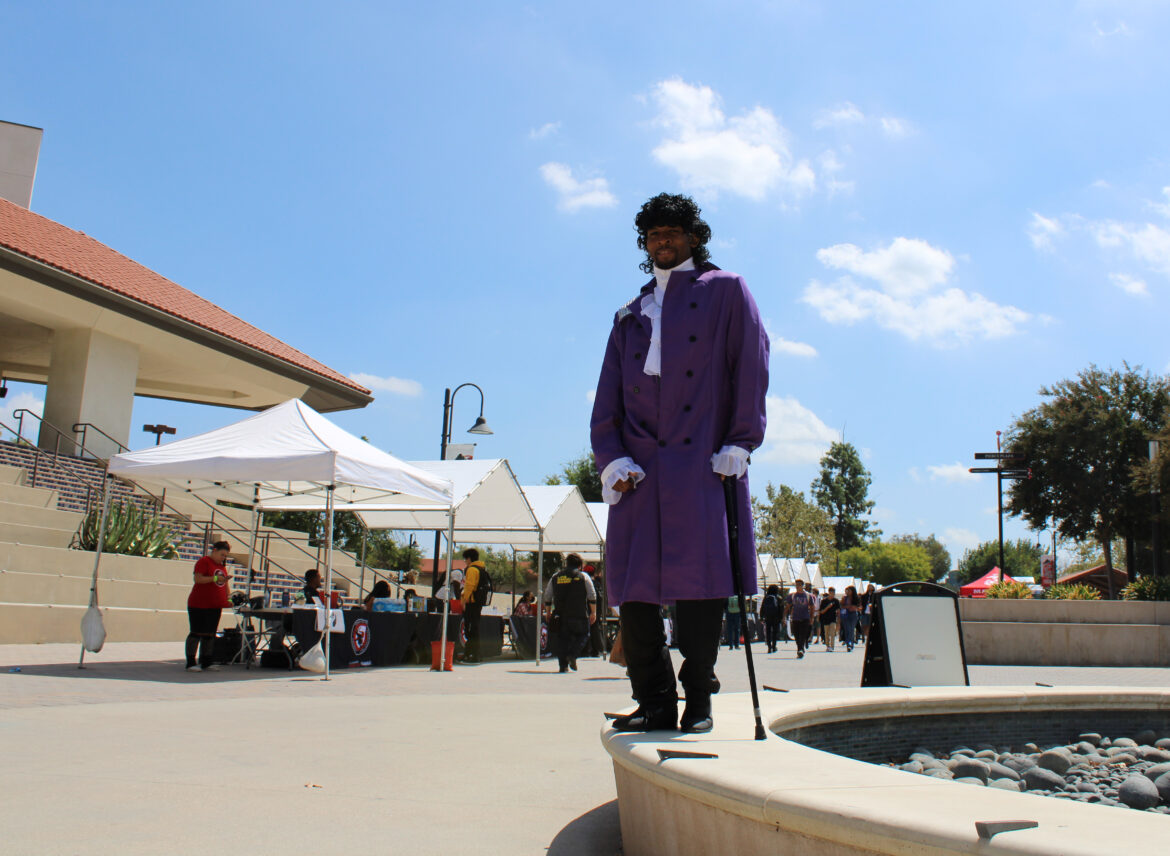 After two years of virtual gatherings, the Associated Student Organization (ASO) successfully stole Club Rush back from the internet and returned it to its rightful home on the campus mall.

This semester’s theme was the 1980’s and attendees did not disappoint. A dead ringer for Prince (Student Services Assistant and ASO Co-Advisor Geremy Mason) could be spotted on the first day and Michael Jackson the next. At the event, students were encouraged to dress up for a chance to win prizes while they gathered in person with their fellow Brahmas.

The goal of Club Rush is to provide students with the opportunity to meet club officials and learn how to join current Associated Student Organization clubs. Details on how students can get more involved or even start a new club of their own through the ASO are also provided at this two-day event.

At the start of the pandemic in 2020, a large number of ASO clubs disbanded mostly due to the lack of in-person gatherings. The Associated Student Organization reported this year though that they are starting to see a big improvement in student engagement.

ASO Treasurer Aiden Rubinstein said that the turnout this semester was much larger than the organization expected to see.

“Our club growth has been incredible, this has been the largest number of clubs we’ve seen since pre-pandemic, so we’re starting to recover,” Rubinstein said. “It’s really good to see the school returning to what it was pre-covid.”

As more students find their way back to campus, the number of chartered clubs at Pierce is starting to increase and the number of students joining those clubs is also climbing upward.

According to Mason, this year’s Club Rush event was a big hit compared to the last couple of years.

“Attendance numbers are definitely up this year. We have more than double what we’ve had in the past couple of semesters when we were remote,” Mason said. “The clubs are really getting back into it because they really want be back and the students are having such a good time.”

Now that the two-day Club Rush event has concluded, representatives from each club will reach out to the students who signed up to join their club. When that first step is complete, the club will then begin the chartering process.

Those who may have missed the two-day Club Rush event shouldn’t feel discouraged. According to ASO Club Council President Javid Ekhteraiy, it’s not too late to start a new club and the requirements to do so are easily accomplished.

The deadline to submit a charter form with ASO to start a new club is Friday, Sept. 23.

“In order to start a club, you only need six members and an advisor,” Ekhteraiy said. “So don’t feel discouraged if you didn’t participate in Club Rush, you’ll still be able to start a club.”

Anyone interested in joining an already established club or creating a new one can do so by contacting or visiting the Student Engagement Center/ASO, located on the bottom floor of the library.